DOWNLOAD DEMO:
https://gamejolt.com/games/sonictripletrouble16bit/322794
(note: if you experience slowdown, try running your monitors in 60 hz)​
What if Sonic Triple Trouble had been originally released on the SEGA Genesis / MegaDrive, after Sonic 3 & Knuckles? This is a fangame re-imagining of the Game Gear game Sonic Triple Trouble in the style of the Genesis Sonic classics. The game adheres to the aesthetic and technical limitations of SEGA's legendary 16-bit hardware, and is made to look & sound as if it came out in mid/late 90's. What if there had been just one more Sonic title on the Genesis?

Fight against Nack The Weasel, Knuckles The Echnida, and Dr. Robotnik! Plus, you can switch between Sonic & Tails at any time!

​
Character Moves:
Sonic The Hedgehog
-Drop-dash (Hold JUMP in the air)
-Strike dash (aka Peel Out, press UP + JUMP)
-Mid-air curl (press JUMP in mid-air to curl if not already in ball form)


NOTE: If you played last year's demo, The Opening Prologue was cut from this demo to make the pace of the demo quicker. But will be back in the final game Special Stages are currently disabled while we work through some bugs. 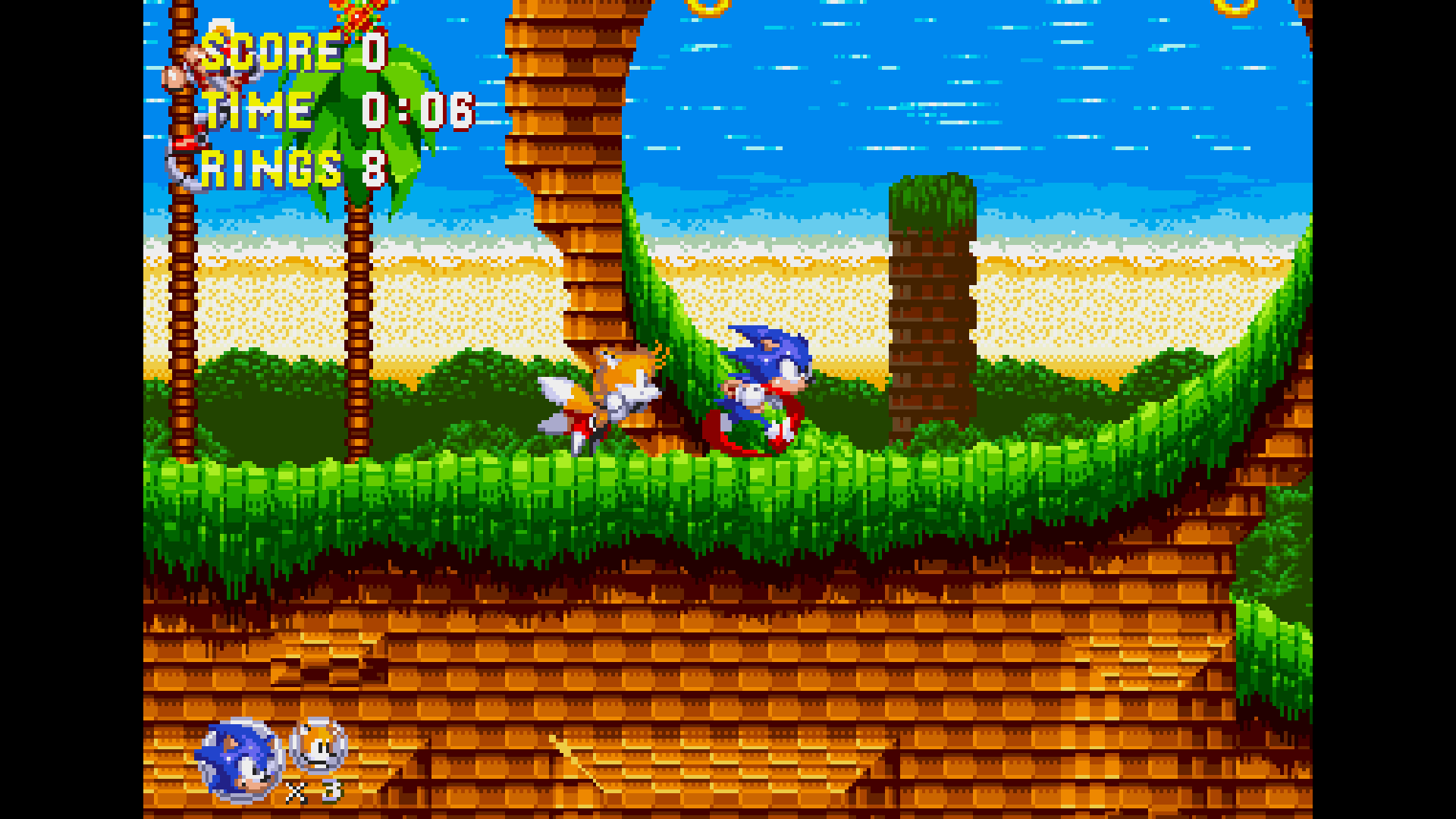 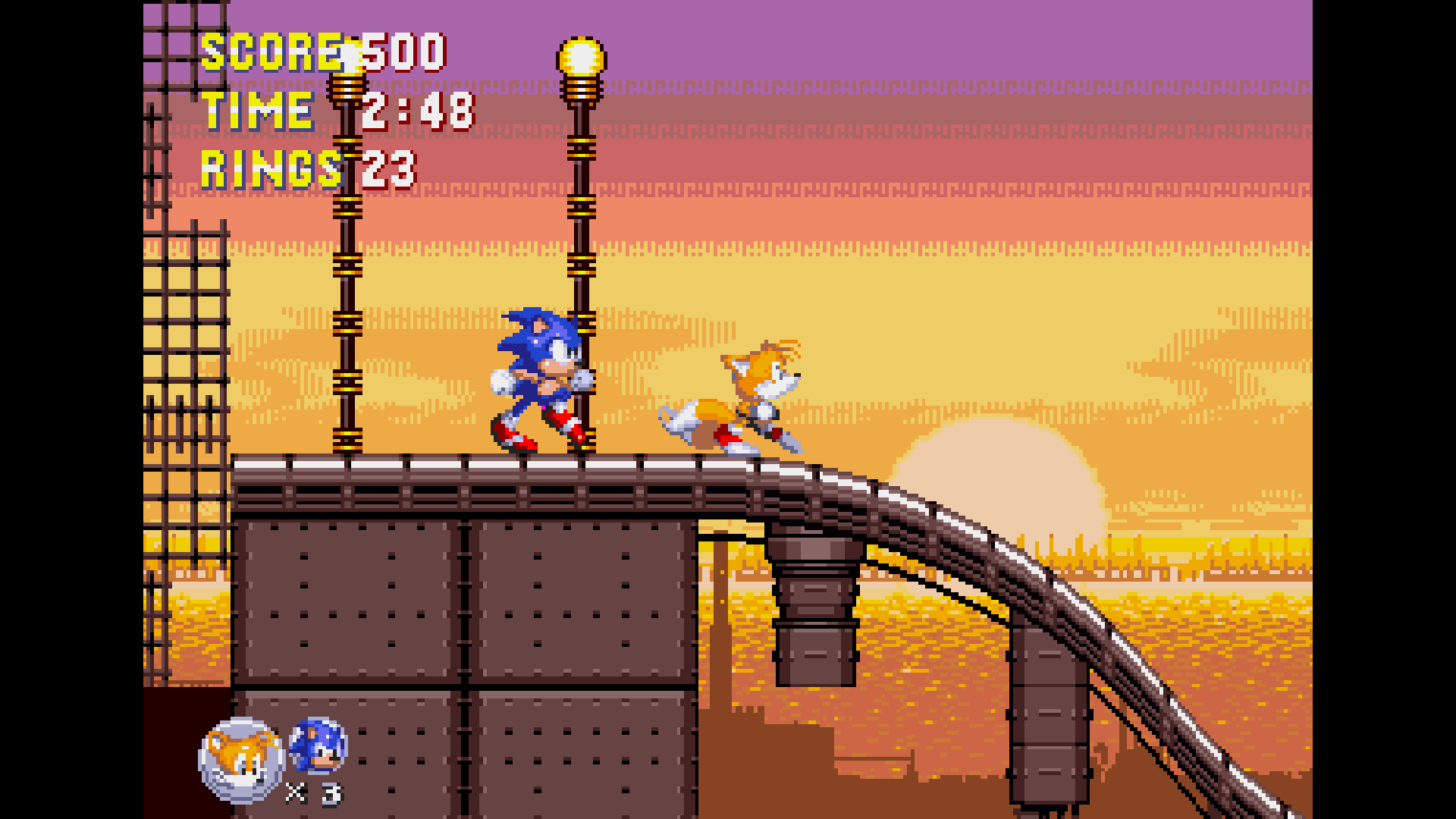 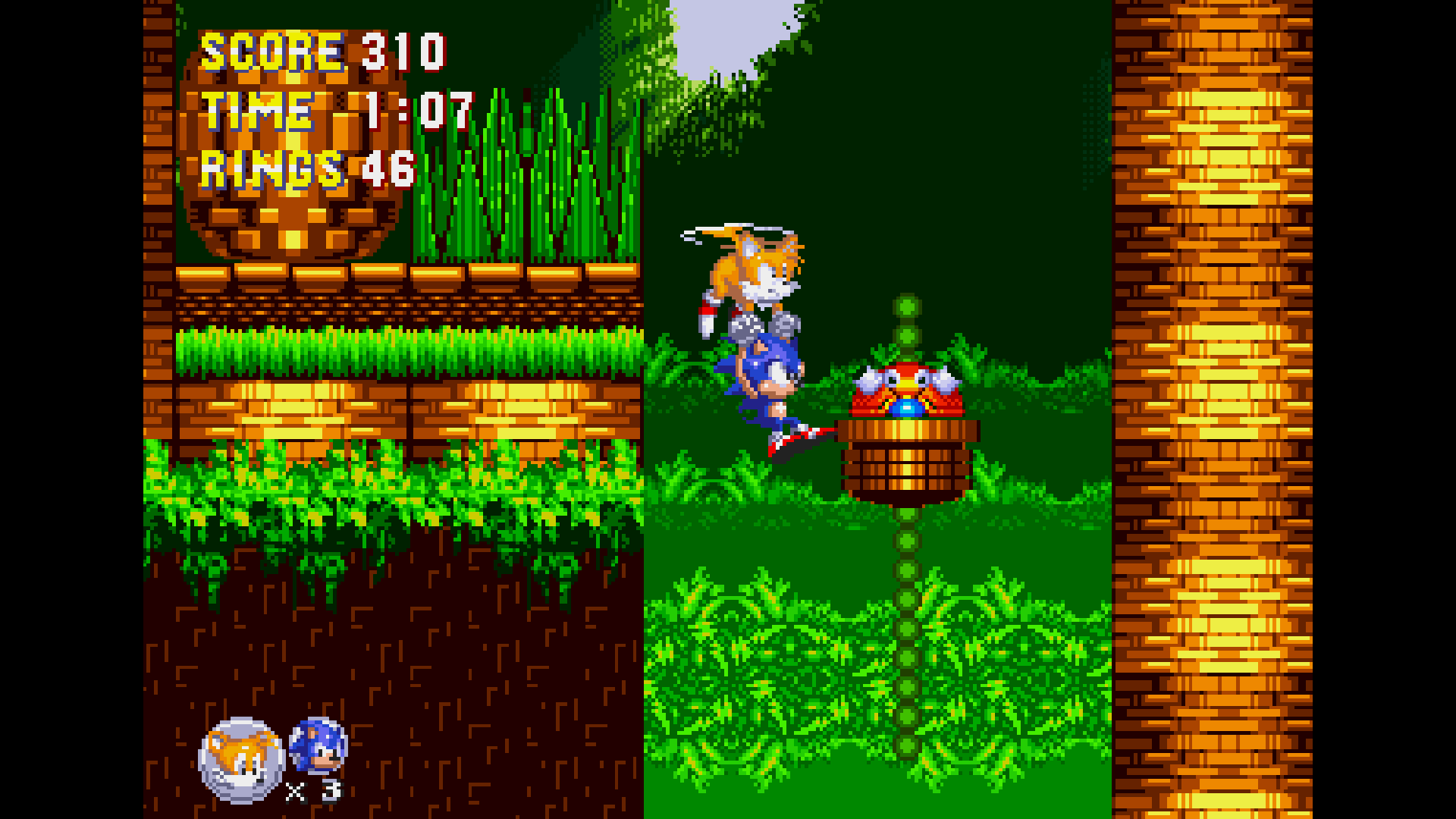 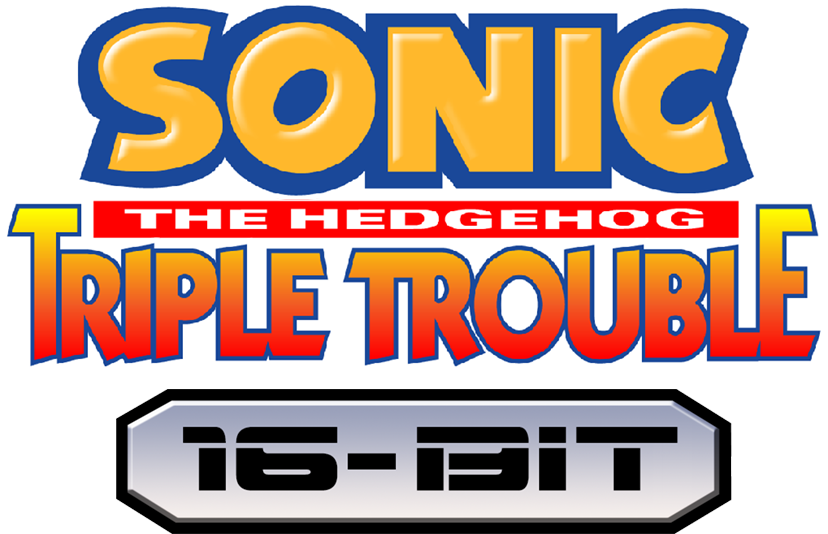 Honestly I can't say much since I haven't played the original Gamegear game, but from what I have seen and played, it's pretty damn good and I can't wait to see the completed product.
This game mostly succeeds at doing what it wants to be - a S3&K-like game. The visuals are very well done, the game probably never breaks Genesis limitations at all, the music is good, even turning the rather annoying prototype Knuckles theme into a slightly nice theme, the controls work properly, the game works as it's supposed to.
However, there are some problems...
-The insta-shield is entirely missing, instead replaced with the drop-dash, not even the one from the S3 Prototype, which makes the otherwise S3&K-feeling game feel... oddly uncanny.
-The first miniboss and boss pretty much lack any sort of danger - the first midboss can be hit even from the side no matter what, essentially turning it into this game's equivalent of the motobug boss from Sonic Chaos (8-bit). The first boss has only one attack and is very easy to hit, making it rather slow and boring.
-The badniks and obstacles in the first zone can't really hurt you much - most of them have small range and can be ignored entirely.
Overall, this is a good game and I'll definitely be waiting for the full version, and the amount of effort that went into making this feel into a legitimate Genesis game is astounding.
I'm stunned for words how great of an idea this is! And how well you've executed this idea so far!

-nostalgia from playing this on sonic gems collection
-hearing all the old songs converted to 16-bit is wonderful!
-that ac2 remix for turquoise zone tho :O
-bosses for this are fun and engaging
-tails is so helpful during bosses hitting them and collecting rings
-dropdash and homing attack is always welcome!

it honestly feels like I'm playing Sonic 3 DLC. it's that good! [expect special stage, it isn't there yet in terms of presentation]

You guys should chat with the devs of 'sonic chaos' project. Maybe they've got some good notes and tips to help with your project!

Having some lag with the game for some reason. It's running at about 20 FPS even though I have a good rig. Any idea how to fix? :/
this game is literally the perfect fangame and all the (currently) unused music in the files is a treat to listen to once you figure out how to convert it. i would like input remapping but since the game only has 3 buttons its actually not a large issue

Beamer The Meep said:
Having some lag with the game for some reason. It's running at about 20 FPS even though I have a good rig. Any idea how to fix? :/
Click to expand...

Try setting your monitors to 60 hz in control panel. It might be that, which is a weird issue Game Maker has with some monitors
Very excellent, and it's a good idea to make a different version like Sonic 1 and 2 on megadrive and master system

The best for a future release would be a sprite a little bit different!!
This is a good, solid implementation of a very respectable goal: more Sonic zones. The formula isn't messed with because it doesn't need to be. There are good gimmicks to help tell the zones apart. The art in the factory zone still looks a bit flat, and there's remarkably little threat throughout from badniks or other obstacles, but otherwise this is fine and enjoyable.

DOWNLOAD DEMO: https://gamejolt.com/games/sonictripletrouble16bit/322794 (note: if you experience slowdown, try running your monitors in 60 hz) What if Sonic Triple Trouble had been originally released on the SEGA Genesis / MegaDrive, after Sonic 3 & Knuckles? This is a fangame re-imagining of...
You must log in or register to reply here.