For Hedge physics revival in SAGE 2019
In both vanilla BE and this the character models won't appear
For Sonic Transitions in SAGE 2019
Way past cool! But I noticed a bug… When I use a powerup like speed or invincibility, then enter a boss fight, the powerup music stops and both the stage and boss themes play at the same time. Plus if I switch tabs while the game window is open, the music playing from the window speeds up and distorts.

1) Can the takeoff sound during a peelout instead be played on loop while running at max speed with the chargeup sound being like in the show?

3) Can you use more SatAM-esque ball sprites? With the white segments and that

PM13
I'm glad you enjoyed it!
Thank you for bringing the music bugs to my attention. The next release should come with fixes for them.

As for the requests:

1) I'll have to see how that sounds in game. Maybe.

2) If I can make it work seamlessly, I might add an option for this. I didn't really want to out of fear of overcomplicating Sonic's moveset. I can get away with that for other characters (like Sally), but the Classic Sonic spirit is simplicity.

Can you please try my level? :D
https://mega.nz/file/4xdGWI7K#P-k9WERlyC9en9_u9vTxyJcPYFwMCEt4L_mw9Fb3P14 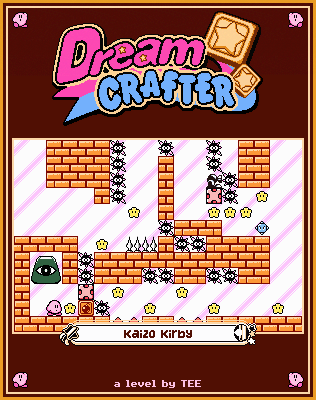 My Video of this Level

For Sonic Utopia Early Demo in Demo
THIS IS WHAT 3D SONIC SHOULD FEEL LIKE. The biggest problem I have with most 3d sonic games is that there's no sense of momentum. In the classic 2d games you had to build up your speed as you make your way through the level; you had to EARN it, and that's what made those games so satisfying. In most modern 3d Sonic games, you can just press a button and immediately reach top speed, which makes it feel cheap. But Sonic Utopia brings back that sense of momentum that has been absent in Sonic games for a long time. It's both amazing and sad that a free fan-made tech demo is more fun to play than a large majority of triple-a games.

However, I do have some criticisms. The game feels a bit too floaty. When you fall, you fall at a constant speed like a balloon. It would be better if Sonic picked up speed as he fell. This lack of downward acceleration makes smaller jumps very difficult because you always remain in the air longer than you expect.

Another thing is that Sonic is WAY too small. He should at least be as big as, if not bigger than the enemies. For reference, here's Sonic next to a badnick in Sonic The Hedgehog (1991) vs in Sonic Utopia

One more thing (and this is really nitpicking), I'm not a fan of Sonic's model in this game. I think it would look better if it was closer to his current design.

Despite these flaws, the game is an absolute blast to play. I give it a solid 4.5/5
Reactions: CXIURI
For Sonic Utopia Early Demo in Demo
This is a really good game already! I love the open world Aesthetic, I also REALLY love Sonic's model.
There's no doubt this is only going to get better!

It Doesn't Even Have Shadow Yet and I'm astonished as how amazing this Demo is.

After Hours of playing this Demo On and Off. The Polish of the animations and the details you put into the game is amazing.
Knuckles floating on water. The Drill attacks. The uppercut. The Punches.
Tails' Flying, Accelerated flying. Bomb Jumps for just a bit more Height. Spin Dashing being it's own button which also functions as a re-Curl function for knuckles and tails.
Knuckles and Tails Being able to use Item Effects! So many different ways to combine abilities and items for a Tails' Bomb Jump -> Lightning Jump -> Flight.
Sonic Bounces up or Bounces forward depending on if you hold the Jump button or not after a Homing attack.
Super Sonic Looks So Clean!
I just want to say i love this Project so Much man. Everything typically contributes to gaining more speed.
Typically because Mid Air attacks have a fixed speed. If they Didn't though. Max Speed Gliding Knuckles will be the best thing ever.
I love using the massive floating ring platform to spin around it to gain max speed and launch myself off into the air (if i time it right)
Or using that little Cylinder with it's center curved to gain some insane height and fly or glide around.

The future and hope for Sonic Games has always been what the fans have done Imo, except Sonic Mania. This is no Exception.
Thanks Man.

P.S.
Is there any chance that the Mid-Air action abilities won't decrease current momentum as heavily as they do?? I know tails has that accelerated flying but knuckles doesn't.
Lightspeed Dash I always have to double tap to ensure it actually activates, even while standing still near a path or rings.
Lightning Shield with Knuckles while he is gliding doesn't jump unless you release glide first. Not sure if intentional or not but it's kind of weird.
For Sonic Chaos - Turquoise Hill Demo in SAGE 2018 [Archive]
This demo is really good and I hope that this gets finished. I love how much it reminds me of Sonic Mania. My only criticism is that the speed feels a bit slow but recently I have been playing a lot of Sonic Advance 2 so it could be because of that. Other than that, keep up the good work!
For Sonic Utopia Early Demo in Demo
I Cant Download It If Your Able To Help Thank You! (Btw The Gameplay Looks Amazing)

The music is absolutely stellar and everything blends together perfectly.

I adore the Sonic Advance games and am glad somebody's revamping them.

I like the way
Shadow
plays as well.
For Sonic Advance Revamped: Special SAGE 2017 Demo in SAGE 2017 [Archive]
Love it.

Can't wait to see more of this project in the future.
For Starbuster demo in SAGE 2019
I really enjoyed this demo! Although ratter floaty compared to Mega Man Zero, the controls fell really good, the arsenal mechanic is so interesting and shows so much potencial, And I loved the spritework and character design!
I believe this project has a lot of potencial, really!
For Sonic Overture [SAGE 2014 Demo] in Demo
Really good game.
Top Bottom