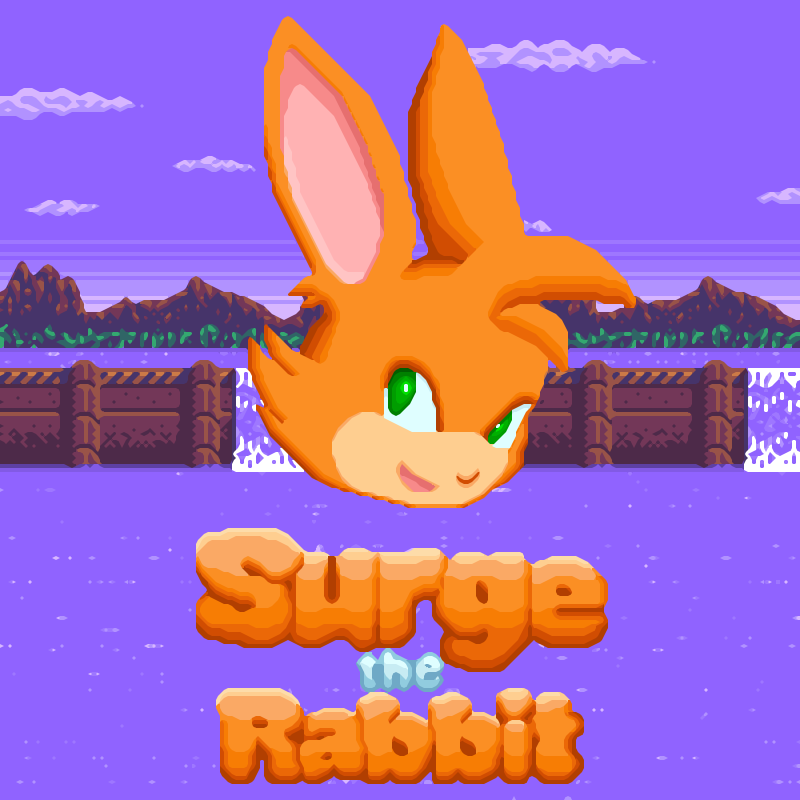 GET THE LATEST VERSION BELOW

A fun 2D retro platformer inspired by Sonic games and a game creation system that lets you unleash your creativity! We're creating a remake of our previous entry with Open Surge, a very flexible and open-source game engine of our own.

Make your dreams come true! Create your own amazing games and learn how to code with SurgeScript, a scripting language for games that is fun to use! Create new levels, items, bosses, playable characters, gameplay mechanics, cutscenes and more!

## 0.6.0.2 - September 15th, 2022
* Adjusted gimmicks: Water Bubbles, Spikes
* Made tweaks to the level design, to the title screen and to the build script
* Changed the parser used on the stage select
* Added support for loading quests via developer mode
* Removed the quest selection screen

## 0.6.0.1 - September 6th, 2022
* Updated the default mapping for gamepads
* Adjusted the "Walk on Water" gimmick
* Optimized the creation and the rendering of brick particles
* Made tweaks to the level design

I may be slightly biased here, but I love this engine so much. It has been expanding and changing for the better over the time I have been using it. This latest demo features some cool parallax effects, fun level design and an inspiring boss. And the best part? You can use this as a stepping stone to make your own game! Whether you are interested in level design, reskinning or even scripting itself, this engine provides a beginner friendly learning tool that has been very helpful for myself
I'm pretty sure I could recognize every different element in those levels as coming from specific Sonic zones, but even so, it's always a pleasure to see so many more interactive things than just springs and rings, even under the thin totally-not-Sonic veneer. I took a glance at the editor documentation but I'm not a big fan of the giant 128x128 blocks or learning another scripting language when time-tested stuff like AngelScript or Lua or even Python already exist. But the playable experience in this demo is just fine, there are a lot of branching paths and stuff. Maybe too many automated sections. The plug theme is cute. Pretty good stuff.
You must log in or register to reply here.