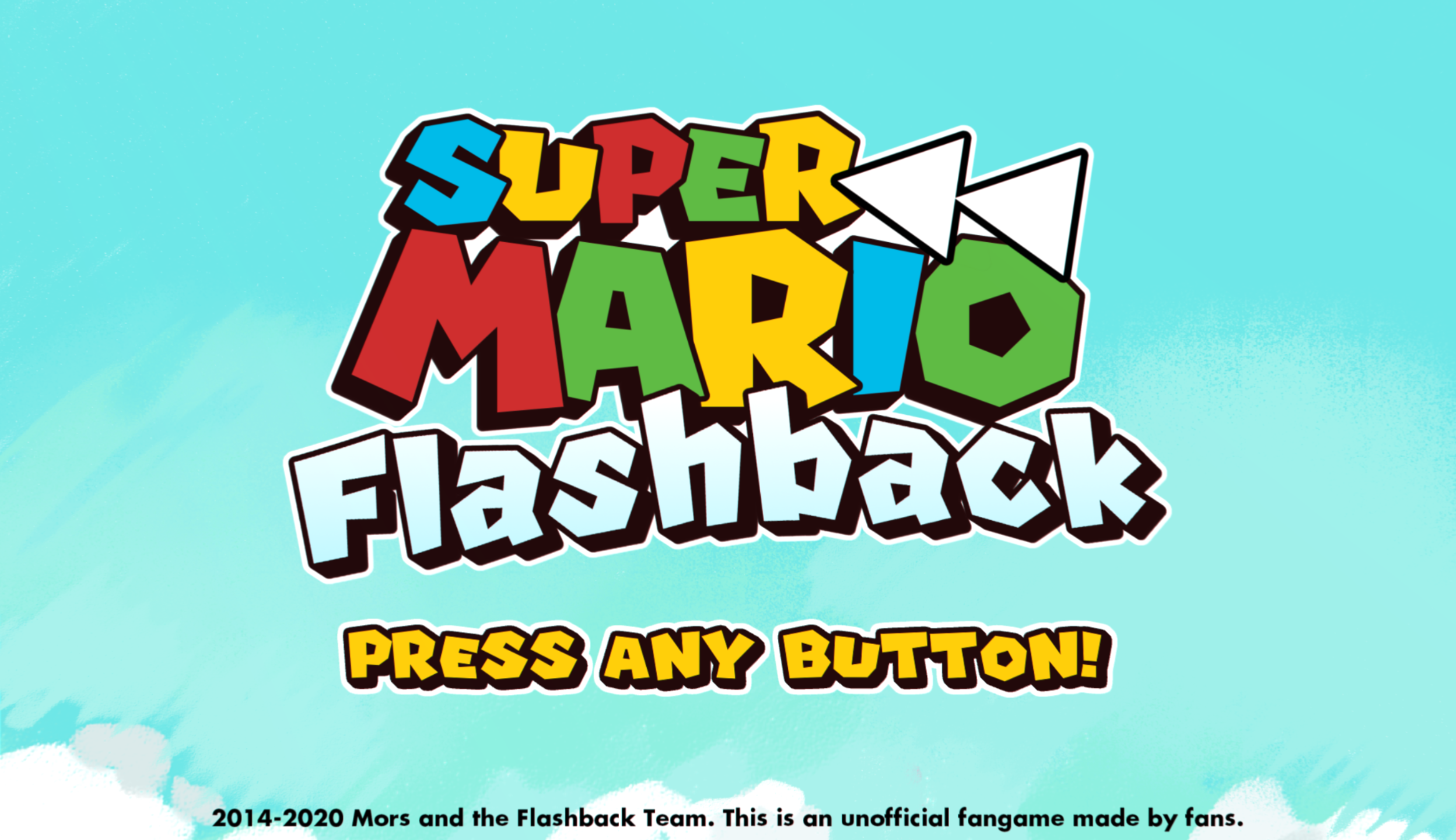 A fanmade love letter to the Mario franchise that brings back stages from his former 2D and 3D adventures.

Visit the website for more info also the latest version!
SFGHQ is dying right now so I can't update the demo here to fix some of the issues.​
Reactions: Henry99, TheSonicPrime and Ice
Share:
Reddit Pinterest Tumblr WhatsApp Email Link

Vert was here, Mors is a butt. And the secret level is cool.
Mario's acceleration is a bit fast, and he feels a bit harder to control? Maybe the controls are too responsive? But the game is still very fun, levels are cool too. Maybe slippery?
Third level MIGHT be more laggy than the first two. (emphasis on might)
the "TOO BAD" is just as long as the super mario maker 2 death... which may or may not be a good thing. The "TOO BAD" text is not pixelated, hope thats changed.
The end of level screen is my least favorite part of the whole game. Let me list everything wrong with it.

You already have pixelated numbers for like the coin counter, but you use these Black Bold Generic Letters/Numbers... wtf is it even. The default font in Word? I expect the numbers and letters to now be sprites.
The ranking system is odd... is it only affected by time? Do Score and Coins give you a better ranking? I mean I expected it to be like Time Bonus and Coins Bonus is added to Score which = Ranking. If it could be more clear that'd be cool but i'm betting that it's mainly time, as i speedrun the levels and just get S rank easy.
The Mario thing... he looks like he's being clipped. It looks super weird IMO.

Final Thoughts: Amazing artwork and spritework, and music. It's great! The levels were.... somewhat fun. I feel like it's a bit easy to die but it's probably me just being bad with the over-sensitive controls. Dunno if you can fix that or change it or whatever. Love Mario's moveset. He could probably enter boost mode faster to account for how the levels never give you enough space to keep boost. But only slightly. Maybe more secrets or "Things To Collect", I mean MAYBE you could 3 Stars in each level, but how the levels are currently designed... that wouldn't work. The end of level screen just burns my eyes, some waiting times are a bit long. But yeah its PRETTY GOOD.
Hello, i like this fangame, the sounds, sprites, etc.

but i've a little issue about mapping:

i accidently mapped all buttons to arrow keys, which is uncomfortable to play, how can i fix that?

anyways, nice game!
This game looks great. I can tell a lot of love went into the art style. I really dig the music too. Very nice remixes.

I like how the game functions like 3D Mario, even with star collecting and such. With each star mapped to a different level inside world-1, it makes it a very clever system.

My biggest issues comes with how acceleration works and the level design. Mario gets from 0-100 waaaayyyy to quickly, and it makes it awkward for platforming.

Each level doesn't really do a good job of bringing the player into how Mario's movement works. Within the first level there are already several do or die moments, moments that should appear in later levels to show rising difficulty. There are no lives sure but it got old fast starting all the way back from the checkpoint because of how often pits occur within the first two stages. Getting slapped with a rank is pretty random too.

Regardless, I still enjoyed the game and look forward to seeing how this goes~

Also if possible... Controller support would be great~
You must log in or register to reply here.