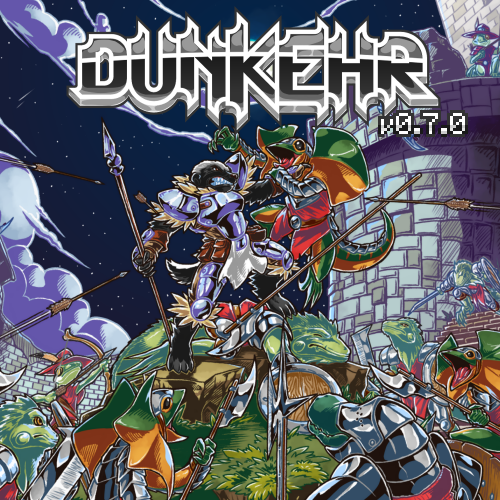 Do feel free to keep scrolling and check out the page, though! 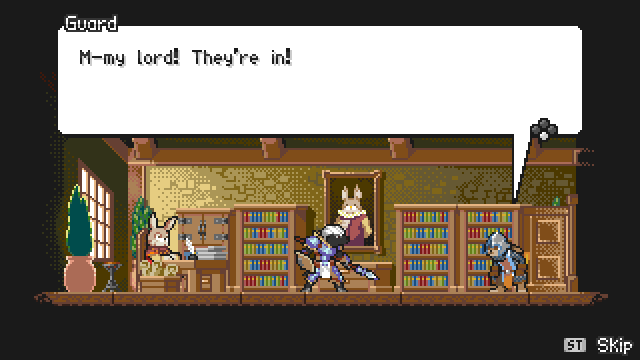 The Scale army has occupied the Duchy of Carroten. Many of it's people have been taken hostage, including the Duke's daughter Hop. You are a mercenary sworn to turning the desperate situation around. They are many, and they are strong. You are but one. 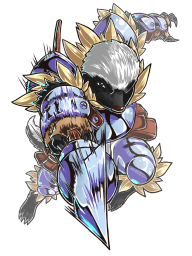 Overall Features:
- Action platformer with deep combat that will test your reflexes and usage of a varied moveset.
- Explorable levels with secrets to find.
- Face yourself against a friend or the CPU in Duel mode as Dunkehr or one of the campaign's bosses.
- Visuals reminiscent of the 16-bit era.
- Parry arrows with your teeth.
- Rideable ostriches. 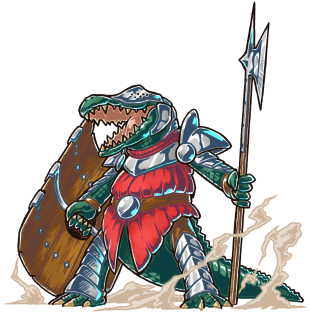 I couldn't play the Duel mode since I have no friends, but I did play the Campaign and I had no idea what was going on in the story. Nevertheless, I had an excellent time with this. The combat is really great and sorta reminds me of Castle Crashers but in 2D. It's impressive that this game is made by one person, can't wait to see what it becomes when it's finished.
Reactions: Fontes
L
legend
Castle Crushers is in 2D
Read more…

I played this on my stream.

This game is like if Redwall was written by Jim Butcher.
I don't know if that's a good thing or a bad thing, but this game's a blast.
Three cheers for mustelids.
This game seems to represent all the best qualities of Dragon Ball: Advanced Adventure and similar titles for the GBA. Art and game play are both top notch and seem to replicate the limitations of the old Advance hardware quite convincingly. Combat feels every bit as fluid and engaging as it was in last year's demo. I particularly love all the extra attacks you get by cancelling dodge rolls into jumps and whatnot. There are some moves and mechanics that feel underutilized, like parrying; but I imagine that will change with the addition of more challenging levels alongside a proper difficulty curve.

This has been my most anticipated indie title for several years running and I'm really looking forward to a full release.
You must log in or register to reply here.