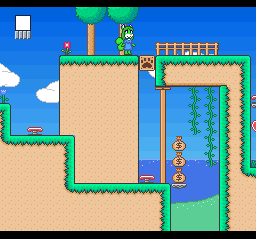 It obviously isn't a Sonic game, but don't let that stop you from enjoying this at this year's SAGE. Nova the Squirrel is back for a sequel! Nova the squirrel 2 is "an open source 2D platformer game for the SNES". It has heavy inspiration here, including IPs like Kirby and Mario and specific games such as Hannah and the Pirate Caves, and Chip's Challenge. A story is coming later in development, but for now, you can play as the man character, Nova, and a Mouse named Maffi. The former's levels are platformers, while the latter's are Mode 7 puzzles.

There's over 10 levels you can play, including a couple of test levels and a few that aren't currently finished for the time being. So, feel free to go download it here.
Reactions: ZenTiger。アレクス。