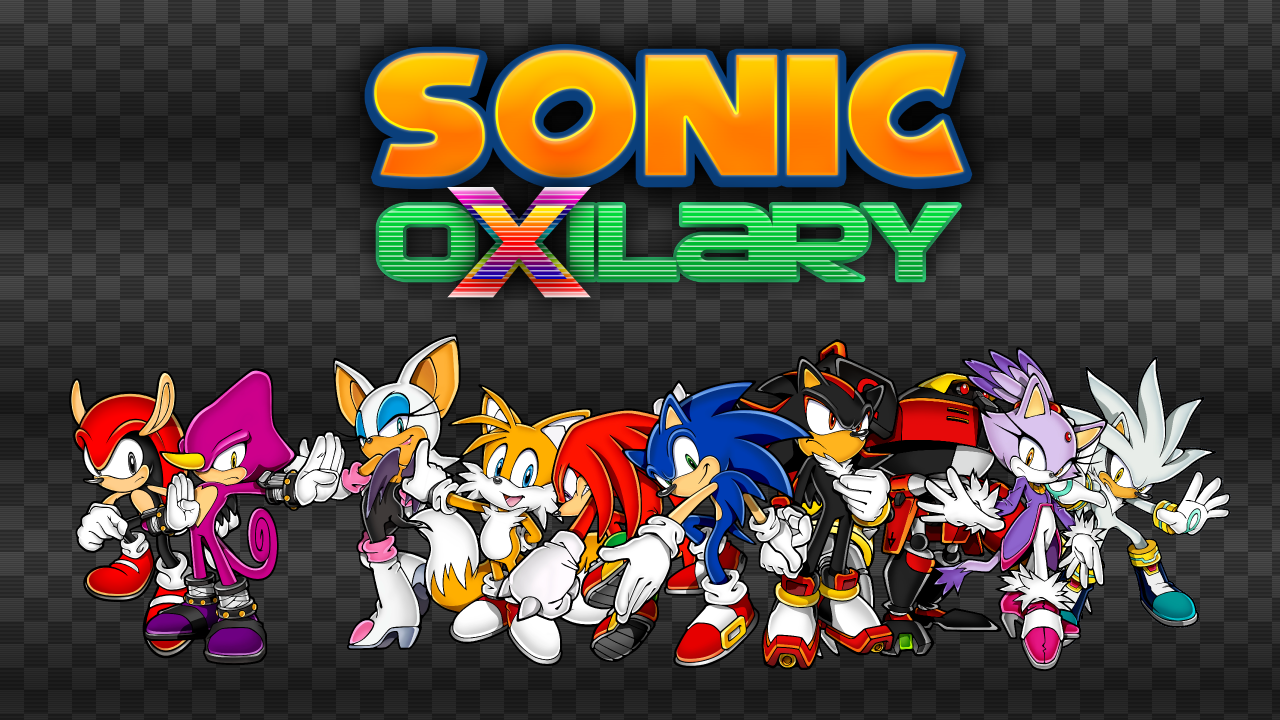 Hello there, and welcome to Sonic Oxilary, a passion project created by giga6152. This game was a major step up in my career as a game developer, after making many other Sonic fan games, most notably Sonic Adventure SX from SAGE 2018. After cancelling that game some time back, I have made this fangame to correct what Sonic SX did wrong, but also to pay tribute to it in some way (well, the Sonic parts of that game anyway).

I was also interested in the Sonic Rivals games and decided I wanted to make my final Sonic fan game based on it, with a large cast of characters and multiple stories. The game has many inspirations from Sonic games released between 2001 and 2009, mainly the Rivals series, the Advance series, and Heroes.

The goal with this game is to incorporate as many elements from some of the best Sonic games from that era and combine them into one. I also wanted to make sure that as many characters were included into the game, but not too many, as I wanted to create some diversity, to make sure that the game was both a unique and an enjoyable experience for both newcomers and the hardcore fans of the franchise.

ABOUT SONIC OXILARY:
Sonic Oxilary is a 2D Sonic fangame which combines elements of past Sonic games, such as SA2, the Advance Games, Heroes, Rush, 06, and the Rivals games. Run, jump, and dash your way to defeat Dr. Eggman, who is up to no good once again. With a large cast of characters to play as, blast through many thrilling stages, find secrets, fight bosses, collect Chaos Emeralds and save the day from the good doctor's tyranny once more!

WHAT IS IN THIS DEMO:
- 1 completed zone, Coastal Highway, with 2 main acts, a Subboss act, and a boss fight, with a World Map
- 3 work in progress zones (Magma Foundry, Casino Nightlife, and Majestic Sanctuary) Note: Can only be accessed in Trial Mode, and not all acts are functional
- 5 playable stories with 10 playable characters, plus 2 secret unlockable ones
- Unique missions to play as Espio and Mighty
- Special Stages (1 Bonus Challenge act and 1 Emerald Challenge act)
- Egg Bomber and Nega Bomber boss fights
- Character boss battles
- 10 secret medals to find
- 3 Super Forms (Super Sonic, Super Shadow, and Burning Blaze) Note: collect the chaos emerald and clear the respective stories to unlock them
- Custom main menu skins

A full moves list of all the characters can be found in the game's README file.

We hope you enjoy the SAGE 2020 demo of Sonic Oxilary.

- Lead developer: giga6152
- Sprites and graphics: The Spriter's Resource, DeviantArt, and other websites (Credits included in README and in-game)
- Music and sound: Various games both Sonic and not Sonic, and various artists
- Special thanks: