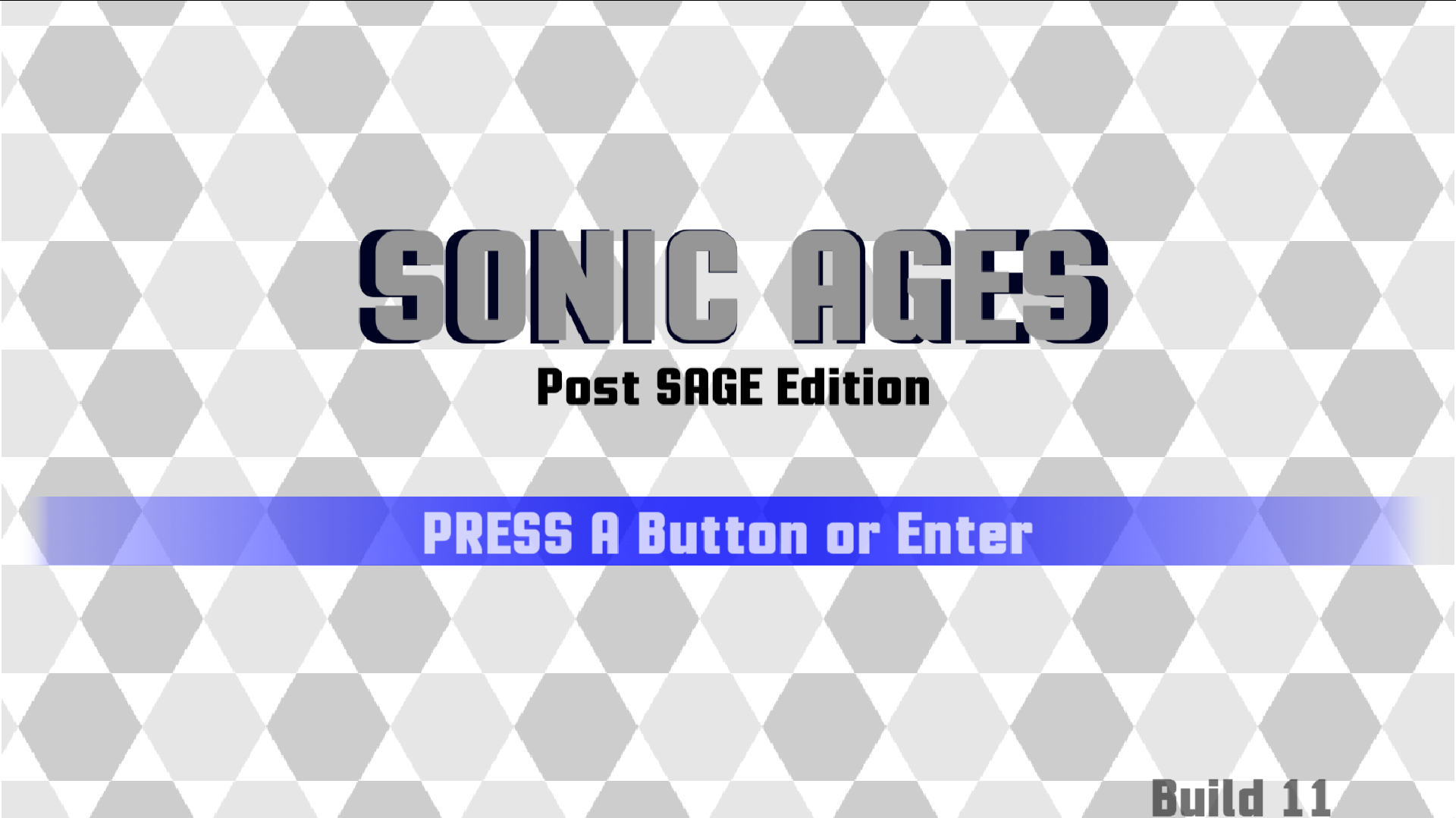 HAPPY MULTIPLAYER UPDATE
thank you for your patience. you can view the changes in Build 13 here.
also added an extra mac build there because i don't know how macs work or if they can open RAR files so there's a .ZIP for just in case


While you're reading this, you may wanna check out Battle Cross FEVER and Sonic Battle R. Me and JMan's projects can be followed easier through our discord group at Team Cross FEVER

now..about the contents in this demo..

hosting multiplayer matches.
long story short, you need to port forward 7500 to get people to join your room. after that, joining and hosting games is pretty much the same as Sonic Battle R. (copy your game code and give it to people you want to join your game)
also forgot to set a limit to how many players can join so there's no limit now. so i wonder how many people can get into one race together lol.

There is one major (and very annoying) bug in AGES where after you finish all the stages or gameover back to the main menu, you're soft locked from starting single player again. you'll have to restart the game.
i'm still trying to make a solution to this, it's just taking a really long time to figure this out.
doesn't apply to multiplayer though. it was present in last year's build too but i just set it so people repeat the last stage over and over. but instead of confusing people. you go back to the main menu.
this same bug also prevents the game from closing for some reason...

```
1. Jman added AGES codes as a new way to host and join games in multiplayer. similar method as sonic battle R
2. fixed some springs in carnival speedway that doesn't give character control back. (over looked some of them previously)
3. fixed horizontal springs in carnival speed way that under weird circumstances would slap characters through the wall.
4. fixed the soft lock inside of seabed with the bouncer near the fire shield.
5. fixed a few collisions with some platforms acting funny in carnival speedway. there's many more that needs to be fixed, but i tacked the biggest problems first.
6. removed the annoying duplicate HUD on the netplay. (something weird happened and suddenly there were 2 HUDS lol)
7. tiny project fixes to some pet peeves. ;)
8. took carnival speedway out of the single player mode. was meant to be there temporary anyway.
9. added some informative text in the multiplayer menu.
10. fixed the info text from breaking when switching menus. (wasn't a big deal, but it kept bothering me)
```

Changelog for Build 12: Barely made it to SAGE 2018 edition

If you read this far then it's safe to tell you that if you downloaded this demo and sonic is the only playable character, please check back in a couple of days :)

i guess highlights of this project that's different from last year is..

Multiplayer and the ability to do dynamic music.

Thank-yous
JMan for working with me to get this online multiplayer working. without you i'd still have a long way to go to implement that (and i probably would've never gotten around to that.)
Felik for allowing me to bring over his Sonic Fusion stages over to AGES. it's mostly a direct port over for now, but i plan to redraw your sprites to make it appropriate for the high resolution characters.
mdechatech a.k.a KOHCTPYKTOP for his Sonic Realms Engine
The guys that created Unity and the 2D features.


Current Sound and Audio credits
SEGA for their sound effects

Foxeh
lol this was a fun thing to watch. while i intentionally made the enemy placement pretty annoying due to growing up with megaman and castlevania antics, i have taken your thoughts on the game into consideration. please look forward to the future updates for Sonic AGES
Read more…

Thank you for the Linux build!
Good Job, Shame No One Is Playing
Damnit, I can't even download the game now?
Fuck.

It's very necessary that i temporarily put the download down to replace it with an update that has fixes to some potentially dangerous issues. i don't want people exposing their IPs to the internet to get people to play with them. that's only trouble.

so this is to protect them.

please be patient for now.

i've uploaded the new build, feel free to download and play now.
i remember when this was like a thing that had its own website and it was very very great

yeah, i left the website alone for now. figured i'd fix it up to look better one day since it was a rush job. i mean the site is still there, just looks like butts
the error its the resolution when i start the add some low resolution when i start the game and appears the unity menu!!!!
I know im stupid. and I can't figure out how to install the game
coool guy
i glitch the game

Regal-Pacifist said:
I know im stupid. and I can't figure out how to install the game
Click to expand...

you don't install the game. you extract it using WinRAR or any to extract the RAR file. then just run the Sonic AGES.exe

perhaps i should start making an install for the game though?
It wont work I tried RAR it didn't work
I like it
Sorry I wan't to put 5 stars
I can't find the download link. Love this project, hope things are working smoothly.
I absolutely love that hand drawn pencil art on the first stage! and that background is so creative, reminds me of some of the groundbreaking stuff Shiny was doing with Earthworm Jim in the 90s. I would love to see this game get funding and support, it really is a unique artistic direction that I vibe with !
You must log in or register to reply here.