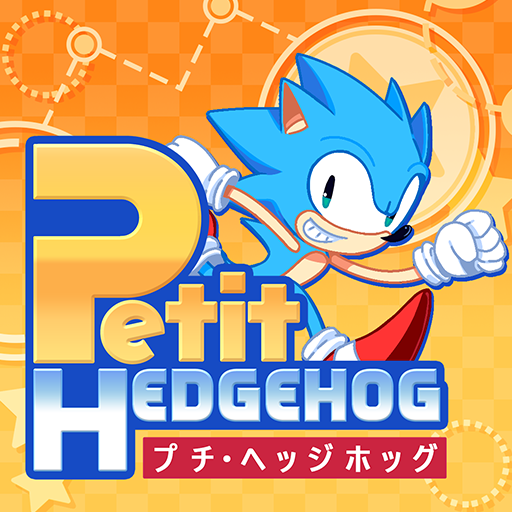 Small hedgehog action with an adventure that leaves you wanting more. Play as Sonic, Shadow, and Amy as you spin, jump, and Badnik-bash your way across the various locations of Paragon Isle.​
CHANGES FROM SAGE 2017 DEMO:


MAJOR ADDITIONS & FEATURES:
• Amy Rose has been completed and is now a playable character! She has lower overall speed in favor of better handling, in addition to being lighter than both Sonic and Shadow.
• Gamepads are now supported! The main menu must still be navigated using keyboard, but the game beyond that is playable from start-to-finish using your XInput gamepad of preference!
• Two brand-new acts have been added -- Fossil Peak act 2, and Avant Garden act 1!
• A brand-new boss has been added for Jade Lagoon act 2!
• Elemental shields have been added! Use your dedicated spin button in mid-air with Sonic to activate that shield's respective ability!
• In addition to the new levels, we've also revised several of our older ones to have much more fluid, more interesting level design.​
GAMEPLAY CHANGES:
• The speed cap has been reduced by 5%. This should make the game feel a little bit faster, without making attaining said speed effortless.
• Spindash direction can be influenced mid-charge by pressing either direction on your keyboard/d-pad.
• Jumps made outside of spindashing/rolling can now be controlled horizontally in order to improve the overall influence the player has on their jumps.
• The extended camera has been removed in favor of a Genesis-style camera that always focuses on the player, with camera smoothing thrown in to make the game look smoother.
• Several visual effects have been added alongside various physics tweaks to improve overall movement and game feel.
• Yes, the annoying blue trail has finally been removed.
• Terrain masks have been remade, in addition to adding sixteen new custom terrain masks to make the game's terrain feel significantly less stiff.

Sonic:
• Homing Attack has received a significant rework.
- Sonic will now carry all horizontal momentum when performing a successful homing attack! The ability now works as an extension of the player's speed instead of being just a platforming utility.
- Several fail-safes have been added to ensure Sonic's homing attack breaks far less frequently.
- The likelihood for Sonic's homing attack to break in the middle has been drastically reduced as well.
• Regular air-dashes will now multiply Sonic's horizontal speed by a fraction of your current speed. This can be used to break the speed cap should the player be skilled enough at using it. This is entirely intentional and is greatly encouraged as it's intended to be an easy speedrunning mechanic.

MISC CHANGES:
• Sound quality has been improved as sound effects and music will no longer have differing bitrates.
• Several sprites, parallax backgrounds, and other effects have been revised.​ 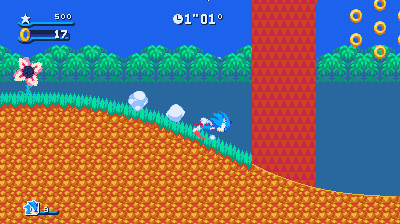 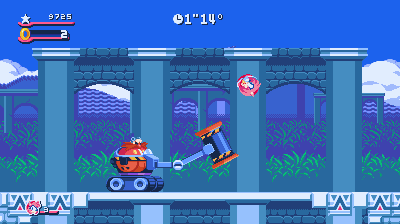 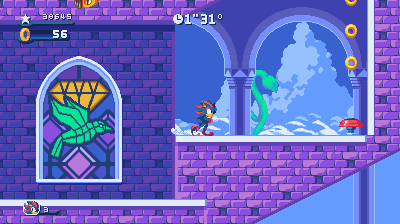 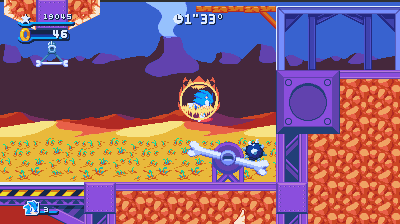 (Menus and such must still be navigated using keyboard, but the actual game can be played start-to-finish with your gamepad of choice.) 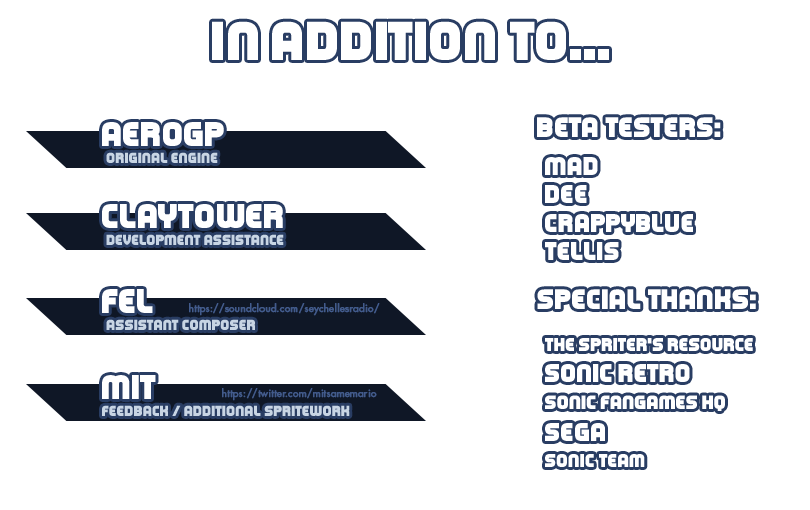 Retrofox
speak in english
W
WaggishOhio383
If the few Spanish classes I've taken have served me well, they said something along the lines of "I like it. I've played a few fangames but I have to say this is the best."
cool game i like it this is my best sonic games downloader with gamejolt!
View pervious replies…
C
cinoS
Como lo puedo download?

Okay so I had to hard reset my computer while playing Petit Hedgehog and now the sound won't work. No music. No sound effects, nothing. It won't even show up in the Volume Mixer. I've tried restarting my computer, reinstalling the game. Nothing works. I know this is a long shot but please help. If you can give any ideas as to how to fix this, I'd be extremely grateful. Thank you.
Awesome Style! Reminds Me ALOT of Freedom Planet!
Really fun going through this, and enjoyed playing as all three characters.
It also looks really great.
Clever group, using my favorite classic themes from Tetris Plus as a placeholder.
Hey guys very great start so far I really enjoyed the game for it's animation style and feel.
The only Con I would have to say is the abrupt Boss fight and with no way to hit him. Other than that I love the flow of the game. Can't wait to see the full game.

This Is The Best Fangame Of The World
I love the art style and level designs! The physics are also good.
I really love this one, the gameplay, the music and the art it's beatiful! One of my favorite fan games!
You must log in or register to reply here.