This is a 360° ("sonic-style") platformer engine completely written in JavaScript and HTML5 allowing you to develop this style of platforming games for the Open Web.

features
How is this different from other "sonic-style" engines?

a number of different engines exist that do quite similar things to Motorbug. The most notable of these (off the top of my head) is the Sonic Worlds engine. This is a quite fully-featured and well-tested engine and is much better than Motorbug in most cases. However, to fully utilize this engine, you need to install Multimedia Fusion 2 (MMF2), which is commercial software.

Motorbug, while quite a bit more buggy than Sonic Worlds, depends only on the open HTML5 & JavaScript standards, which means it can be played in any modern browser (including your phone).

This means that this may be the only mobile-compatible sonic fan engine out there (to my knowledge).

Where can I learn more?
More info and source code are available here: https://github.com/coderman64/motobug-engine/

NOTE:
This is a project that I have developed thus far in my free time, and may not receive any support in the future.
Also, many assets (some sound effects, tiles, sprites, etc.) were made by me, and you can use them in your own fan games/engines under the CC-BY-SA 4.0 license.
There were also many assets used from various other fan projects, as well as official games by SEGA. I do not claim to own these assets, and you should seek the original creators for more info.

Github page (you can download a .zip file from here):
https://github.com/coderman64/motobug-engine/

Hey all! I know it's been a while, but I've got some updates.

While I haven't done much in the core engine recently, I've started working on a level designer/editor, which I'm calling Motobug Studio. The idea is simply to make development with Motobug much easier and more approachable to beginners, as well as making things more efficient for everyone.

It's still a work in progress, but it has come a long way since I started: 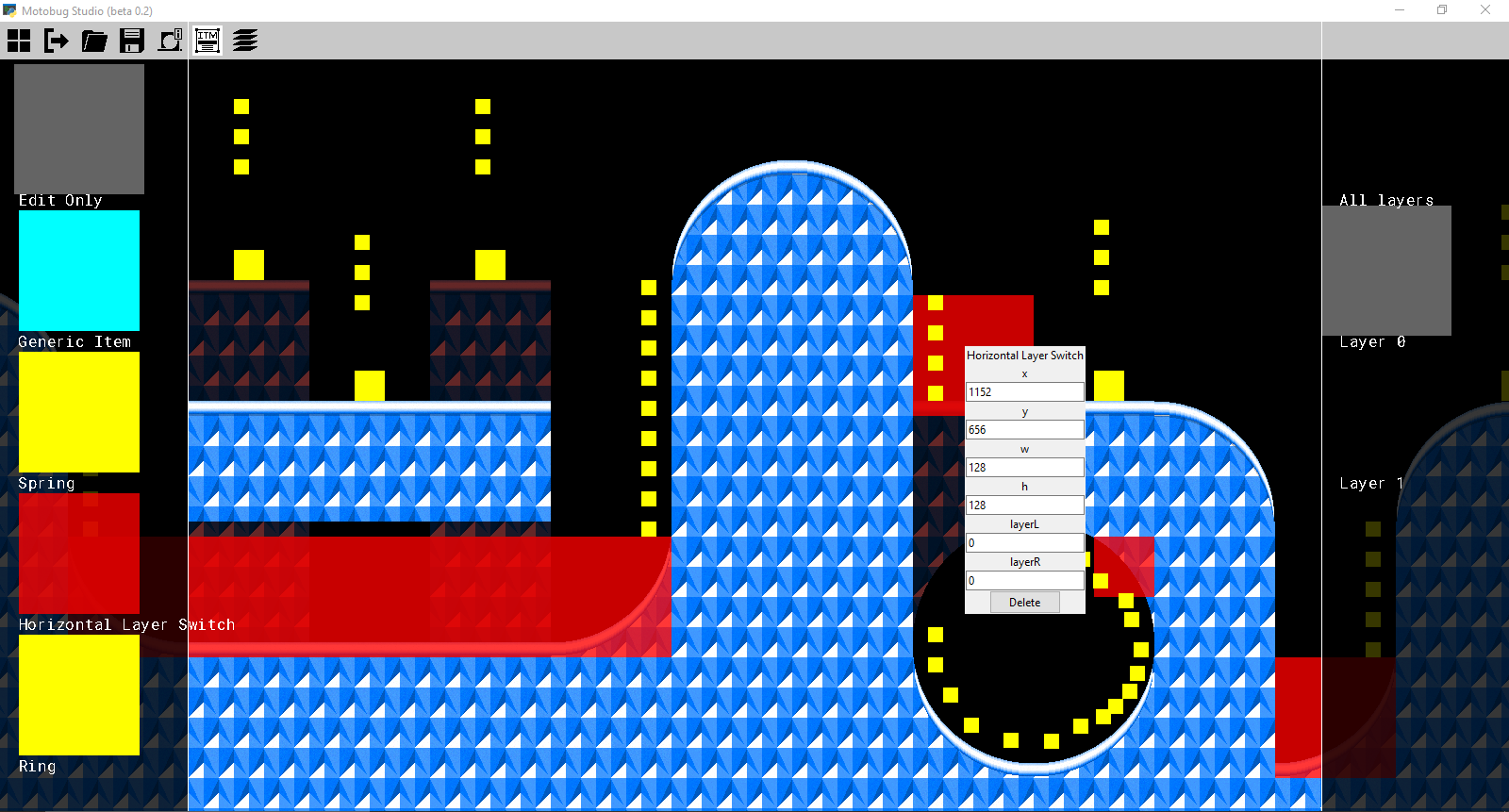 Head over to https://github.com/coderman64/motobug-engine-designer to download it and check it out if you're interested. If anyone is familiar with Python and wants to help out, I would greatly appreciate it!
The sound isn't synchonyzing

I'm aware. It seems that this happens sometimes with HTML5 audio. I'm not sure what exactly causes it, or why it's inconsistent across platforms.

Any insights would be appreciated.

Coderman64 said:
I'm aware. It seems that this happens sometimes with HTML5 audio. I'm not sure what exactly causes it, or why it's inconsistent across platforms.

I dunno...Mostly because I wanted to see if I could recreate the sounds myself. Also to be a bit different, I guess.
Most of the sounds I think came out alright, though I'm still not sure about the "losing rings" sound.
Hey all! Finally got around to updating Motobug. This update brings all the new features from my 2020 fangame demo Sonic EXP back into the main branch of Motobug, including:
As always, let me know what you guys think!
You must log in or register to reply here.