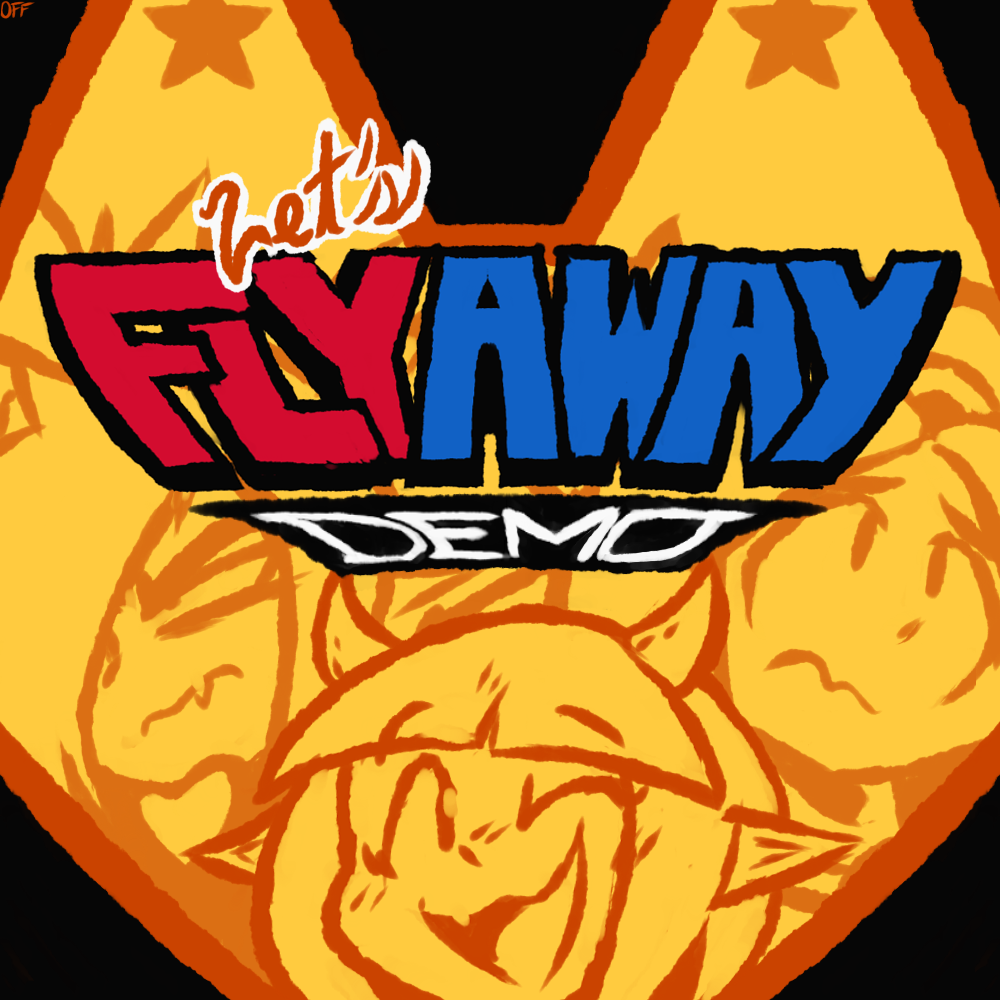 What is Let's Fly Away?
Let's Fly Away is a shoot em' up (shmup) which aims to make the game accessible to anyone with its easy, flowing gameplay, with layers of depth for advanced players to toy around with the massive amount of customization for a different experience each play through. The game is also built around a story unlike most shmups, telling a different tale with each of it's main characters (3 of which are not in this demo).

This demo represents what a single level could play like out of 1 of the 4 characters planned for the game, as the game is still early in production from a complete overhaul of the project's scope. We put as much content as we could fit in this demo before starting with the rest of the game to see what works and what doesn't, so feedback is HEAVILY appreciated.

What's in the demo?
This demo features 8 emblems to unlock with varying levels of challenge, meant to be replayed over and over again just like it's arcade inspired roots!
Controls:
Arrow Keys - Move
Z - Fire
X - Item
C - Swap
Enter - Pause

Stay in touch with us at:
The Team Moonbracket Twitter account: https://twitter.com/teammoonbracket
And the official Let's Fly Away Discord server: https://discord.gg/pvqkw2f
Check out the demo's soundtrack as well: Let's Fly Away - Demo OST

And with above all else, we hope you download and enjoy the demo, we've had tons of fun, and learned a lot working on this for the three years we did.
Share:
Reddit Pinterest Tumblr WhatsApp Email Link

arcade shooters are common if you know where to look. Cute anime girls and funny humour really sold it for me. To make the characters limbless too was a good call for less animating. gameplay is fun in it's respect but the charm and sprite animation was what i was paying attention too. It also doesn't take itself too seriously which is refreshing.
thank you for making these games, you have potential to go far with this, but you don't need me to tell you that.
Reactions: Tiniest Turtles
Read more…

This is an awesome Sh'm'up with great humor! I chuckled my whole way through this. It almost felt Eddsworld-ian with its comedic delivery.

My only gripe is the boss fight. Her patters are a little bit sporadic and tough to dodge. Just a bit more telegraphing would help a lot.
This game is really cute and I enjoyed playing it, but I also had a couple of issues. First off I had a hard time seeing the enemies and bullets through all the chaos, I think making them stand out from the background a little more would be a big help. Second of all the homing missile is completely overpowered. It completely destroys anything the second it comes on screen, and I was able to spam it over and over to kill the boss with very little effort. Maybe give it a cooldown or reduce its damage or something?
You must log in or register to reply here.