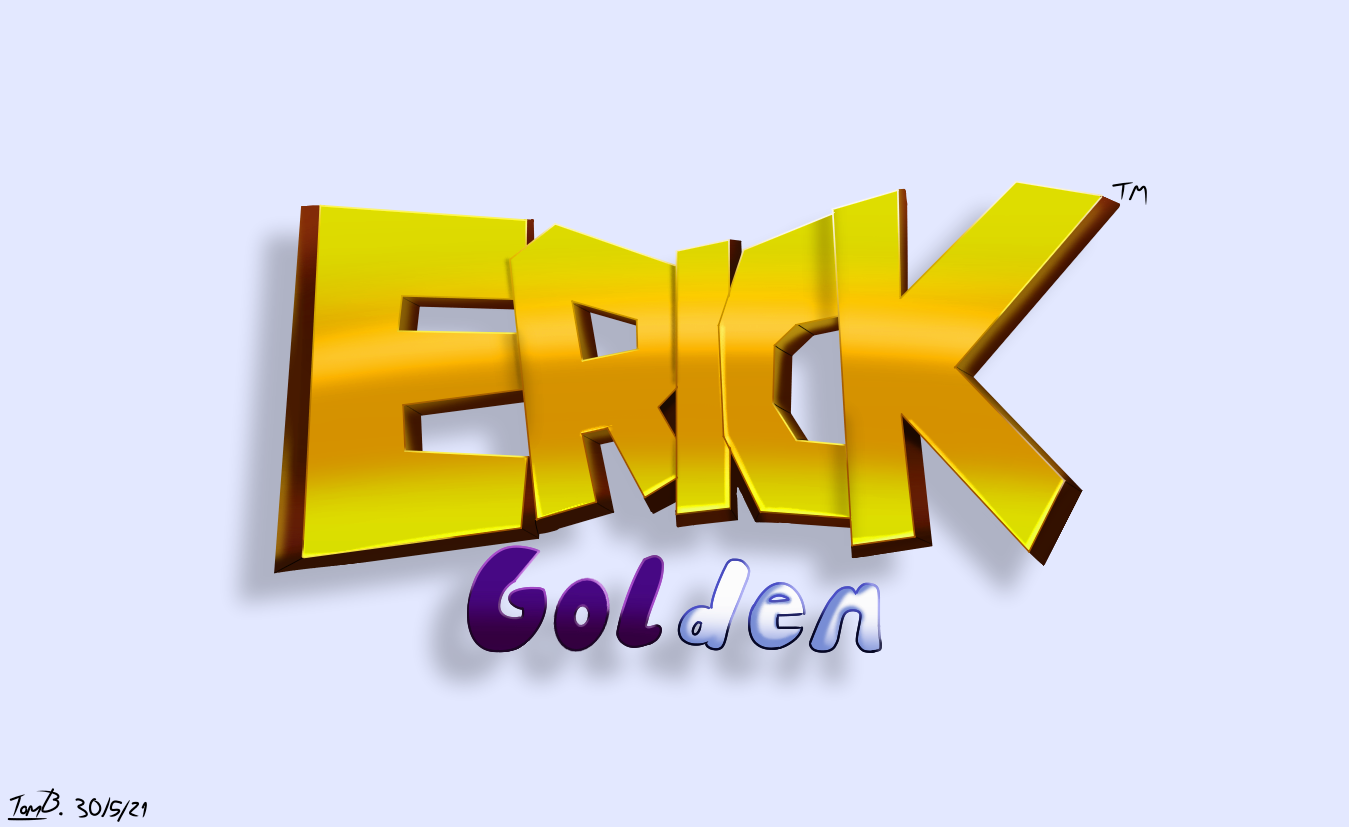 Welcome to the game starring our hero named Erick Golden, a 19-year-old blonde rodent-humanoid alike with his golden fur and the cool attitude, also love for his chocolate milk! This is a action-adventure shoot'em up game with some insane power ups, tricky puzzles, meanie enemies, etc. You know the foes: Evil germs spreading mold in the galaxy, rogued robot rejects, limbless robots destroying nature, divine aliens, strange mythological creatures, a big bad computer virus, and the green chickens kidnapping... chickens, you name it. You know, the game's like Mario, but instead hitting with your fist on the block, use your head to get random items out of flying robotic item boxes!

This game is heavily based on the most SNES games; its graphics are inspired from the SNES Rayman Prototype, while the gameplay takes inspiration from Turrican, Super Mario World, Mega Man, etc. In the future this will be a full Indie game; the titular Erick Golden will compete with other indie gaming icons, could our Canadian ex-soldier Erick be like the Italian plumber Mario of the indie games what Sash Lilac to Sonic the Hedgehog? Imagine if Treasure made a Mario game (I'm not talking about Wario World)... duh. Oh one last thing! Can both be included for the Olympic Games 2050? (never).

The evil Chairman Clancy, the menacing leader of the germs, viruses and other such bacteria and parasites in the planet Oxide is trying to conquer the Milky Way with his mysterious devices, the unknown alien device that fell from the sky, and the mysterious powerful hourglass, that possess time and space manipulation... The legend says that Stars of Life bring life, as well making food ingredients and powering machines like the Clockwork Man. It's only up to you to stop the evil menace before the entire galaxy will encounter its doom. Defeat his allies and gather the key pieces to open Clancy's HQ. travel across the planets in the galaxy, meet new friends to help you, and enemies to kick their unfriendly butt! Use your powerful Swiss Army Gun to shoot 5 different projectiles, countless powerups to boost Erick's moves and progress through over 37 levels, new worlds, puzzles, minigames and challenges.

Erick Golden is a a nod to ’90s-style platformers from American and European games like Turrican, Rayman, Jazz Jackrabbit with a little twist of Japanese games such as Super Mario World and Gunstar Heroes... I know Freedom Planet has too many Anime tropes and references to Japanese media, but imagine it's like Looney Tunes; cartoon violence, explosives and slapstick, mix with Monty Python in the blender and you got THIS GAME, that would include too many pop culture references, dark comedy, AND MORE!!! This game is also intented to for be family-friendly for kids and adults alike. Don't worry, it little hurts Erick while being tortured by the electric chair.

The gameplay is just like you're familliar with platformer shooter games of early PC gaming: Amiga, Atari ST, MS-DOS, etc. You walk, you shoot, and YOU CAN GIVE SOME FOES THEIR LESSON! You can't only shoot but you can also peform a couple of Erick's tricks and abilities: Gun Pound, Whirl Jump, also use of mechanical tools, devices, even mount on certain vehicles and creatures. And in addition you can backtrack to any level if you free Aid-Droids, those tiny helpful robots created at Maki Labs sealed away into capsules thanks to Chairman's troops and his allies. These are good to help you, reach areas and so on!

DEMO RELEASE: TBA
You can also dowload an April Fools 2021 special game ERUCK GOLDEN, and you'll see how the whole game would look in the nutshell! (Just for fun and laugh). 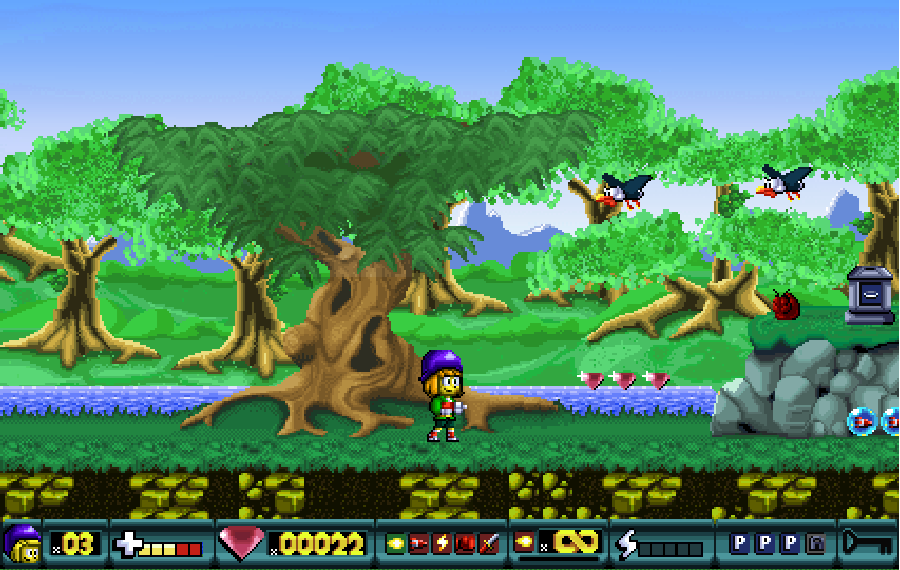 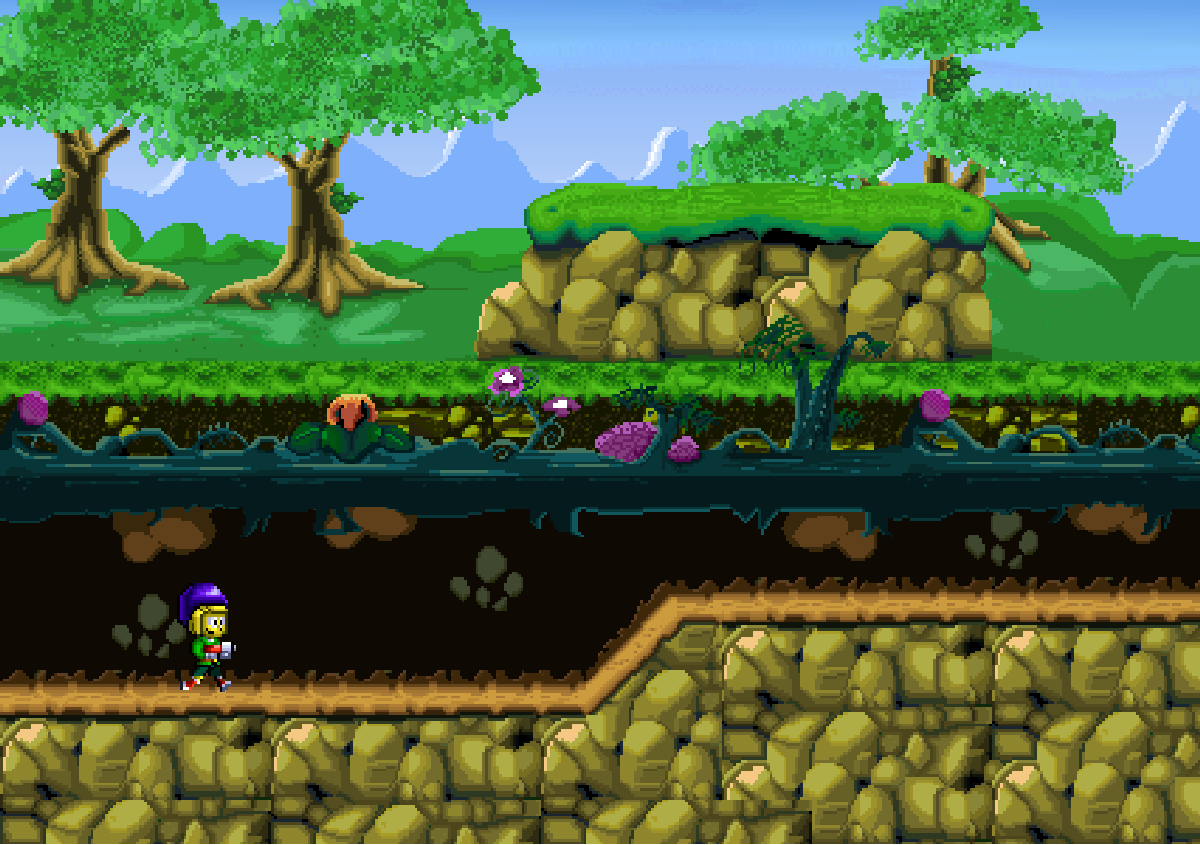 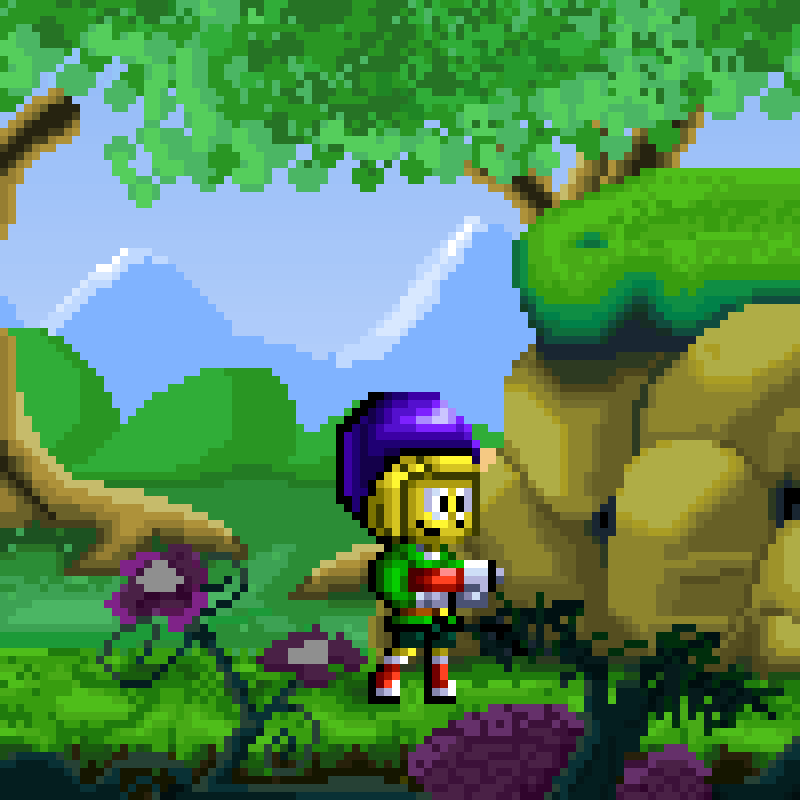 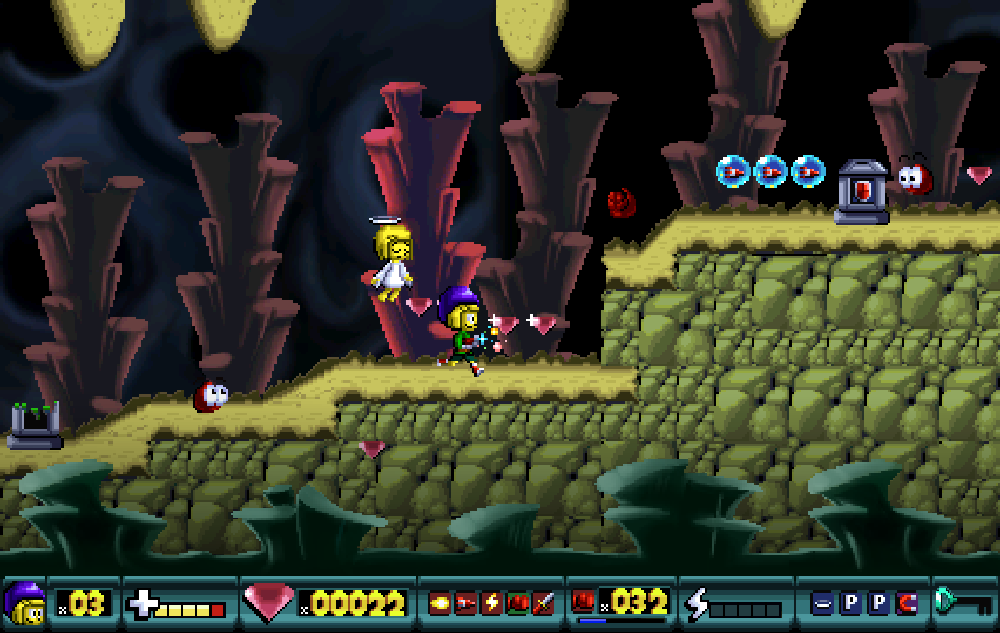 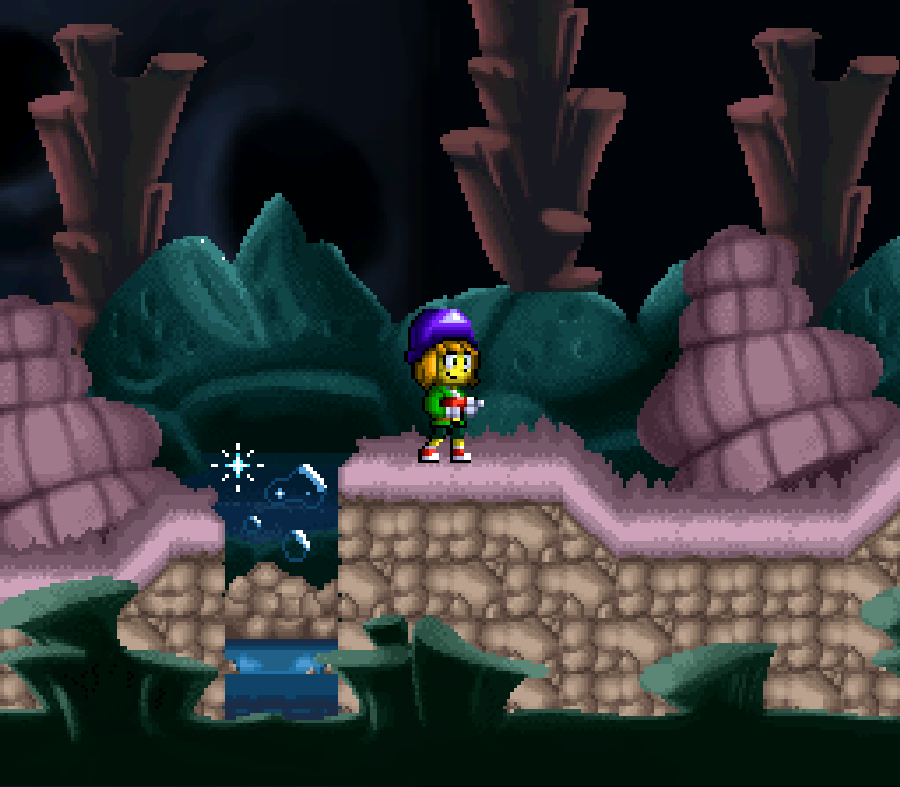 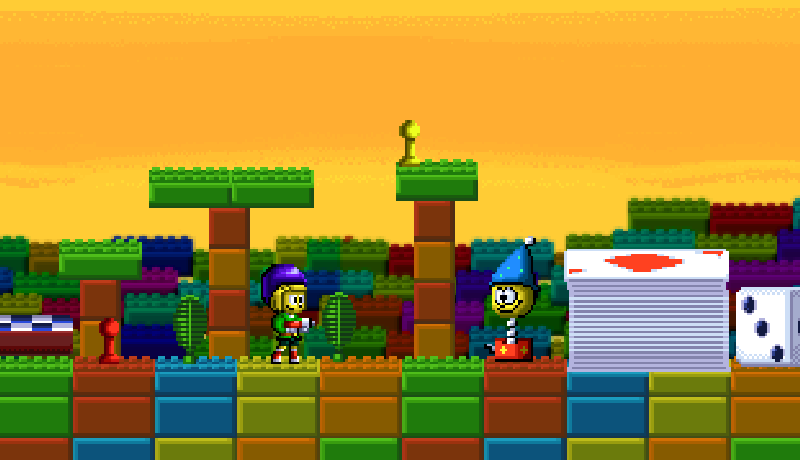 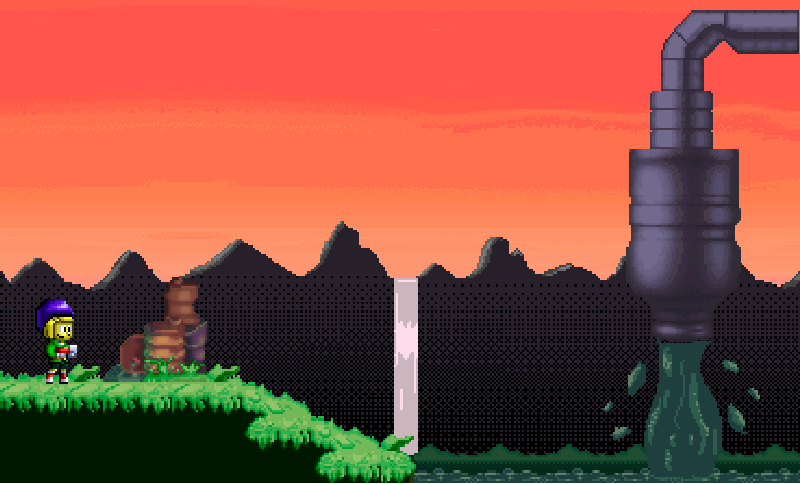