NOTE: Please check "Known Issues" section for bugs to look out for!

Havoc Fox is a 2D platformer inspired by the likes of Megaman ZX, Treasure games and Freedom Planet! Play as either Grey, a sword-wielding, visor-wearing fox, or Venice, a rabbit/dragon hybrid with a faithful (and dangerous) owl companion as you fight your way through the corrupted kingdom of Vanalia to stop its tyrannical king!

The game features fully voice-acted cutscenes and original music. Gameplay is subject to change, and some voice lines/ sound effects/art may be missing or incomplete! 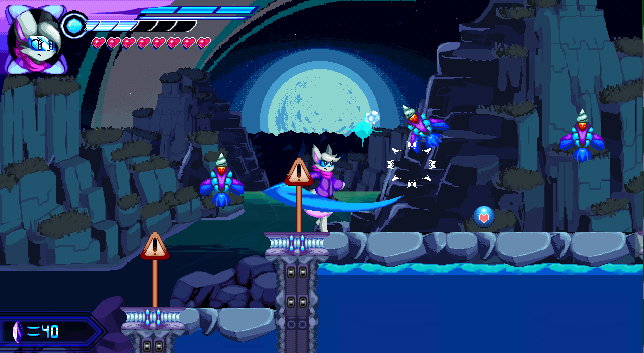 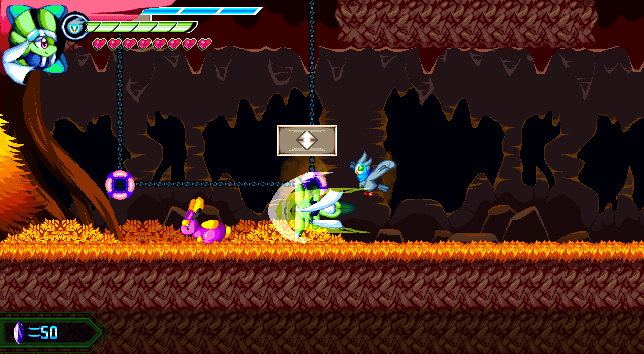 Controller support is included! D-Pad support works for Xbox controllers as well.
PLEASE NOTE: You must plug in your controller before starting the game in order to guarantee it is detected. 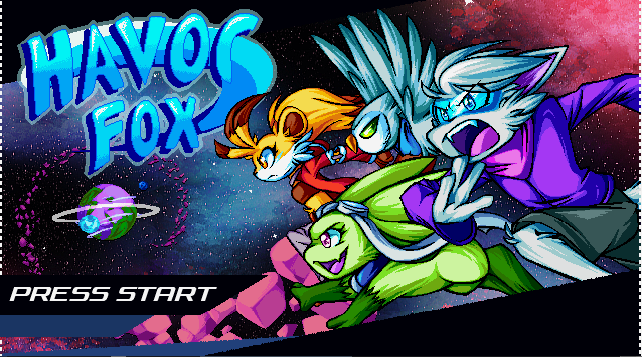 Welcome to the world of Havoc Fox! The once peaceful continent of Vanalia has fallen victim to the tyrannic rule of its new ruler, and it's up to you to stop him!

Do you have what it takes to save the continent?

KNOWN ISSUES​
KNOWN ISSUES:
-Attacks may be cancelled if pushing against a wall
-Grey's voice is louder than others
-Antarc kickup not clear
-Sometimes the popcorn dogs in the theater stay in the air after death
IMPORTANT:
-Grey's long dash is currently a bit inconsistent/janky

I was going to leave pretty negative review at first, because I tried to play through the game with a controller and it was not a pleasant experience. Gray was pretty Janky, and Venice was nearly unplayable because they constantly did their charge attack with no input. I went back to give it another try with a keyboard, because I could tell a lot of care went into the game and thought that you all probably wouldn't release this demo if it was actually that bad.

While my fingers are little sore from gaming on a keyboard, I can say I had a lot of fun. Grey and Venice are both fun to control. Of the two, Venice is definitely my favorite, because I love using the charged attack to zoom around the levels. Also, they're cute.

I do still have one big issue with the game, though. The bosses are too easy. I didn't really have to learn most attack patterns, because I would win so long as I didn't get hit by almost every attack. I think Grey's shield should be tweaked to only take a certain amount of hits then give him the boosted melee/ranged attacks after it breaks. Bosses should probably just deal more damage, because Grey and Venice both have a lot of health. The bosses might need more health too with how fast they die, but I'm not sure if they would die as fast if you had to avoid more of their attacks.

I'm also still hoping that controller support is improved, because boy are my hands tired.
Last edited: Aug 30, 2021
You guys did a great job so far, keep it up!

pros;
-surprisingly fluid and smooth animations, especially backgrounds
-clean pixel art and cutscenes
-Venice the dragon is very cute and has a great design
-very freedom planet inspired and I love that. This is just freedom planet 3 by the looks of it

I look forward to your future development!
Really cool stuff! Great art and I was surprised to see it's voice acted! Some of the readability of the backgrounds gave me trouble though (where I can stand, what are and aren't walls etc...). Ran into a weird bug too where I just sorta fell through the first ball bridge after the robot chicken mid-boss on Retro Ravine. I couldn't duplicate it on command though, it seems to just happen whenever as far as I can tell. Really excited to see where this goes though!
В
Влад
This beta game is very buggy, the gamepad is still poorly supported, and through some walls you can go through and fall into bugs and fall, the initial control is not convenient, and on the gamepad too, I normally can't even change it, and since I have a laptop I I cannot increase it because I have f8 designed for a different function, the author still needs to work on the second demo, since the first one did not have this and I could change the controls, and there were no such problems, but in general I like the game.
Read more…