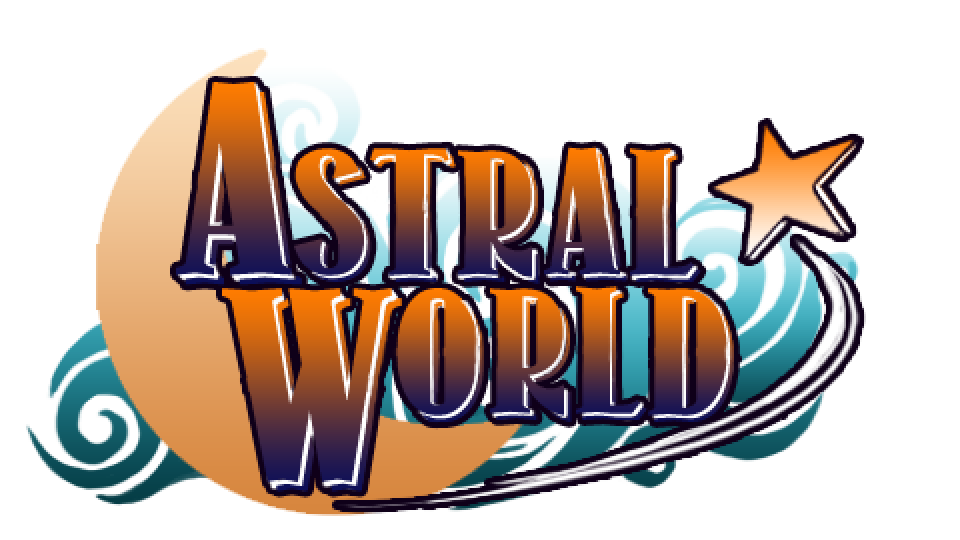 Actually, the game is in Alpha, so there is only 1 character and only 1 demo stage to play, but lots of things are coming!

For the final version, Astral World will have 10 great worlds to explore, split in 2 acts, 3 really different playable characters, and lots of boss and enemies to defeat! Some worlds are exclusive for 1 or 2 characters, and the others will be design with multiple ways for each character. 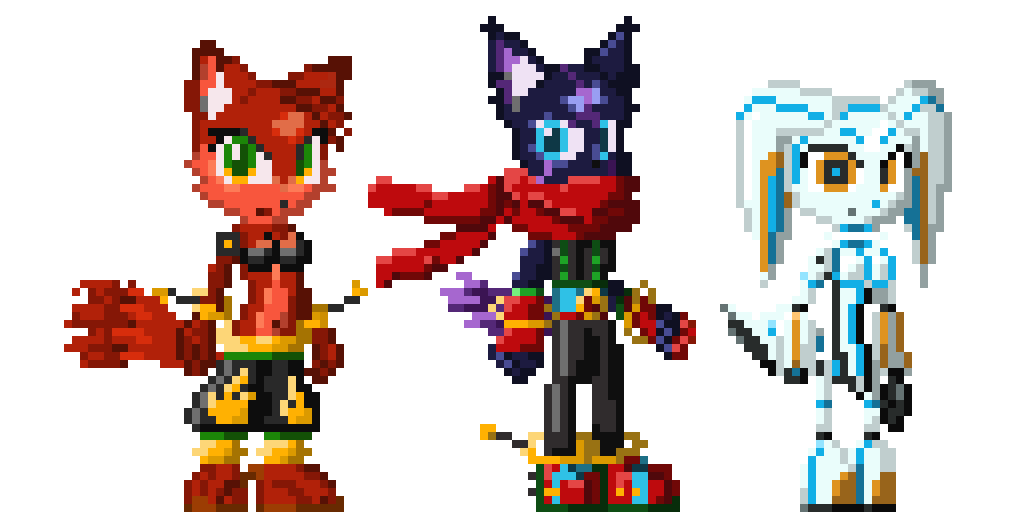 1.0.1 : new songs (not original), some bug correction, better control mapping, minor change in the level and better tuto.
1.0.2 : Keyboard is now the default device. I'll try to change to rewirk the actual system for better compatibility.

In the adventure, you’ll start to play with Nari, and try to wonder why comets suddenly start to fall on the planet. The “Astral world” is a central point in the galaxy, and nothing is supposed to touch it. You’ll quickly discover a bad guy has begun to stole the energy of the stars, and disturbed the stability of the world. After a misunderstanding, Drill think you’re the responsible of all of this, and try to stop you! At the same time, Roxy have to execute her Master’s plan… But at what cost?


For the gameplay, Nari can jump, attack, run really fast, and doing some special moves like Air Boosting, or Smash the ground and go on at high speed after this. You need to use all of those move if you want finish the demo stage, and encounter the really first boss of the game!

You can activate a bonus after collecting 50 stars too! You can choose Strength, Shield, or Speed. Use what you want and what you need for help you during the stage !

-“D” for attack and return in menu.

-"Square" for attack and return in menu.

-Analog or D-Pad for move.

You can change device and mapping in Options-Control.

For now, the game doesn't have any original songs, lack of compositor.

Ai-Dail (me, yes) for all graphics and all additional features.

King Kong for the logo

Wow it's a game I can't play, how come you didn't add Keyboard controlls? do you have no concern about controllerless keyboard users? How rude

0/10
Review became too long for a comment, so I've put it into a Pastebin linked here.
no keyboard controls amazing fp bootleg
The game was update.
I'm so sorry for this guys. Now Keyboard is the default device, so you can easely go to options for change control if you want.

I'll try to change the system for playing with keyboard or pad at the same time, without trouble.

Now, for answer to KapuDakoopa,

Thank you so much for the comment, this is really helpful.

As you can see, the problem of the keyboard is partially solved, I hope.

Now, the game. Yeah, I’m clearly inspired by Freedom Planet for make mine. You can see it with the level, really “Dragon Valley-esque”. This is the next plan, I want to change lots of graphics to get my own feeling. I’ve my gameplay, my gimmicks, but no my identity yet. This is the next step.


The special move (Air Boosting) is voluntary hard to control yeah. I want the player learn to use it, and practice it for understand how it works. The level design is hard in this level, I think we can say this most a level design for a mid/end game, the first level is easier, by far, for learn all mechanics.


For all graphics things, there is some sprite to change I think, Nari was my first animated sprite ever, I’ve lots of work, but I’ll try to do my best ! But thank you for the feedback. I promise I’ll try to change everything wrong.
I see that you are a fellow indie dev, to which that I say hello, and I had seen how your game is mostly like Freedom Planet to which has potential to be great, but I would recommend taking your time and flesh out the idea more. I know because DragonBlossom (my game) was once in the same territory that your game is in and it has evolved immensely over time (since 2013 in fact, that's a 5 year development cycle right there).

Of course, in terms of the characters, I'm aware it is getting updated, which is good, however know what you are doing. The basis for Nari having fire is a bit off-putting due to the fact that she harnesses the energy of the moon (in fact, she should be water instead but you know, minor nitpick on my end).

Another thing, character designs should sorta steer off Freedom Planet's own especially in terms of Roxy since she looks the most like Milla, no offense. Note that yes, this is your own game, experiment and see what works and what doesn't. The world is your oyster! Get what I mean here?

Gameplay wise, it works but it needs some more thought put into it instead of it clashing against the flow and the same with the level and other things going on.