Article Gallery
SAGE 2019's line up of indie games has been a welcome addition to the event. One such game making the rounds with a lot of fanfare is Pizza Tower, an aesthetically wild platformer carrying the spirit of the Wario Land games. The lead developer, known simply as Pizza Tower Guy, put together a demo uniquely crafted to the theme of SAGE, much to our delight. The whole game, animations and all, is produced entirely by him, whereas the sound and music are composed by two others. I had a sit down with Pizza Tower Guy to learn more about the game.

Do you have a true name, or are you just henceforth known as "Pizza Tower Guy"?
Click to expand...

Yea, PTG for short. This is probably not a name that's going to stay if I make another game, but yea so far it's only Pizza Tower Guy.
Click to expand... 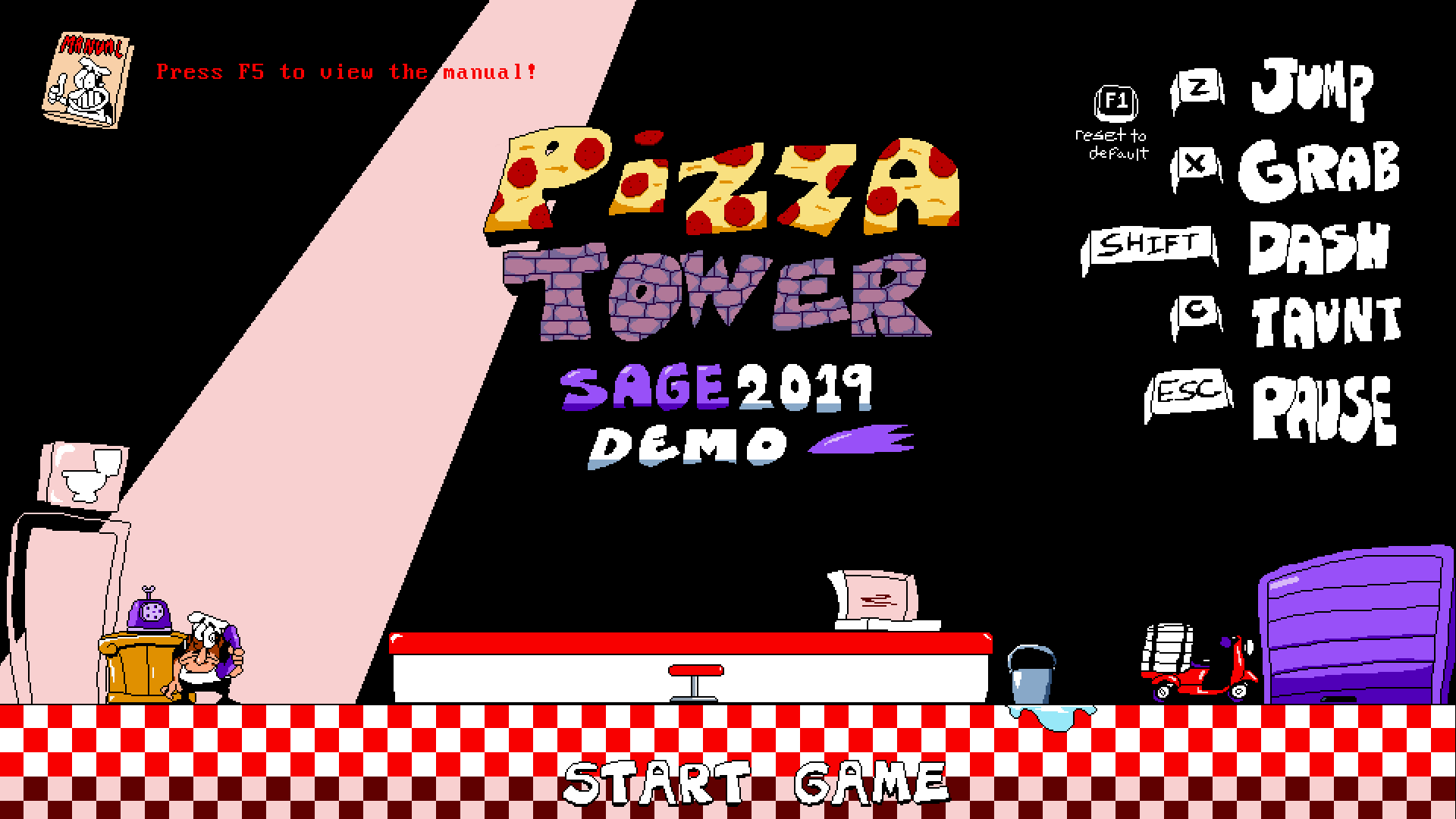 The most striking feature of the game is the trippy animation and 90s cartoon aesthetic. What's your background as an animator, a game developer, and your inspirations?
Click to expand...

I don't have much of a background in animation in general, or game dev. Pizza Tower is my first real project in both aspect. I've started Pizza Tower as just a small thing for myself but it got bigger as I learned by working on it. My major inspirations is probably Spongebob and video games in general, I am not a big Ren and Stimpy or Ed, Edd and Eddy guy even if my drawings are similar in style. I never really had a target audience for my game in mind when making it. It's really more of a game that I'm doing for myself.
Click to expand... 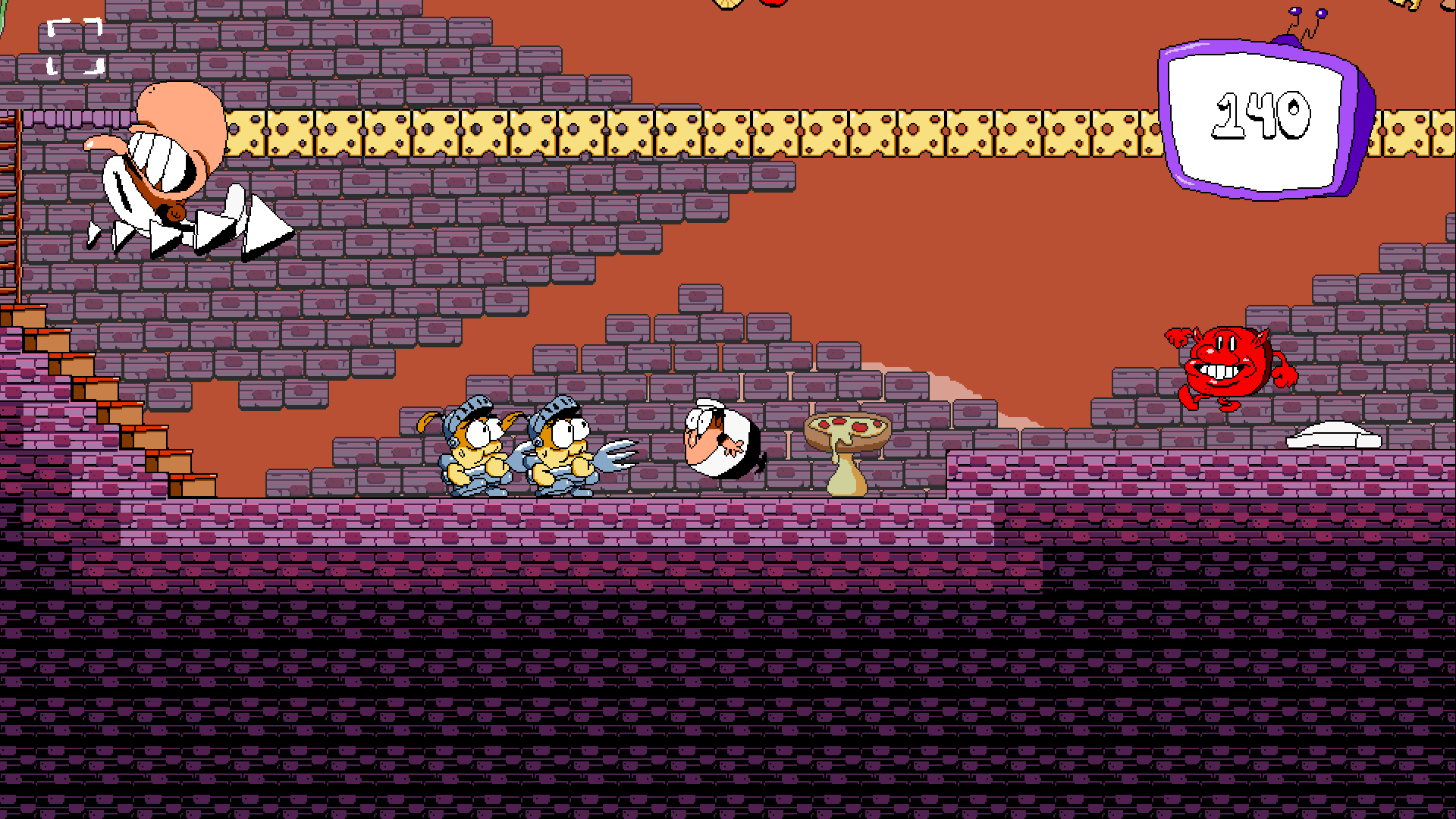 It's no secret that Pizza Tower is inspired by Wario Land. When did it begin, and how was the idea conceived?
Click to expand...

The idea came because I tried to take a tried and true approach to designing a game. I had difficulty coming up with something solid with my other platformer prototype (it was about a detective hotdog), the gameplay didn't mesh well with the ideas I had. So I decided to make things similar to Wario Land 4, which is a game I was very familiar with, to make it easier on myself to design the game.
I got the idea for the actual game itself simply on a whim and a couple of concept sketches. I wanted to make a game mostly about utilizing the Wario R-dash move that he has in Wario Land 4, because I felt there just wasn't many game that allowed you to charge into stuff at high speed. Peppino was a character I already created for a comic idea about a paranoid pizza joint owner, and its still mostly the same idea minus the actual "pizza tower".
I started the development of the game about 2 years ago, I mostly learned how to work with Game Maker Studio 1.4.
Click to expand... 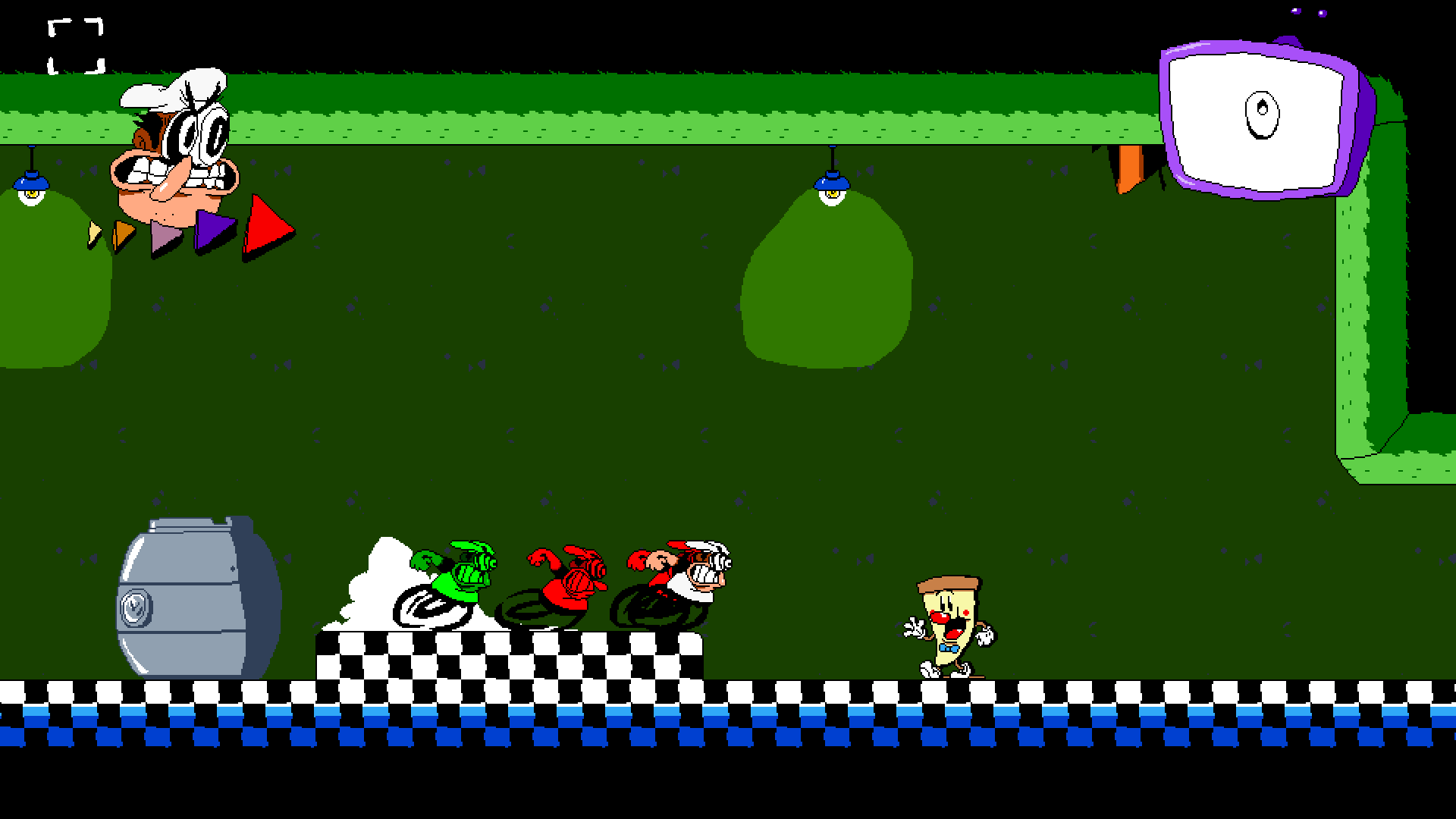 Is there a rhyme or reason for the game's eponymous setting, the pizza tower? Just what is it?
Click to expand...

It's very simple, it's the tower of Pisa. Pisa Tower, Pizza Tower. There's really not much else to it haha.
Click to expand...

The manual implies that the main character Peppino has a history of destroying evil towers. Does he have a story, or are some answers not meant for mortals?
Click to expand...

He does have a story, but its also been constantly changing over the development time. Until we work on the introduction cutscene of the game, the story is still left in the air. It will all come together eventually. For now Peppino wants to destroy the Pizza Tower for whatever reason.
Click to expand...

The music and sound are spot on for the look and feel of the game. How about those musicians?
Click to expand...

I do think the audio adds a lot to the game. Sauceman and Frostix have a very Jet Set Radio style of music that gives the game a pretty unique atmosphere. It's also a very weird combo to have cool funky music with silly visuals, you wouldn't think it would work together.
Click to expand...

Do you intend on crowdfunding, seeking a publisher, or powering through the project left to your own devices?
Click to expand...

Well, we already have a Patreon that has been very helpful to dedicate a lot more time to the game. We don't intend to get a publisher. We wanted to do a Kickstarter at first but realized a Patreon would entail less future problems.
Click to expand...

The aforementioned Patreon for Pizza Tower can be found here if you're interested in supporting the game's development.
You can also play the Pizza Tower SAGE demo right here on our showcase.

Done with his shift, Peppino rocks his blue outfit in honor of the blue hedgehog and is ready to go to SAGE2019! Sadly, he misread the location of the event and ended up at the Snick Amateur Game Expo, hosted by the much less famous Snick the porcupine... Trying to make the most of it, Peppino...
Reactions: WizToad, Valeev, Perfect Chaos Zero and 1 other person