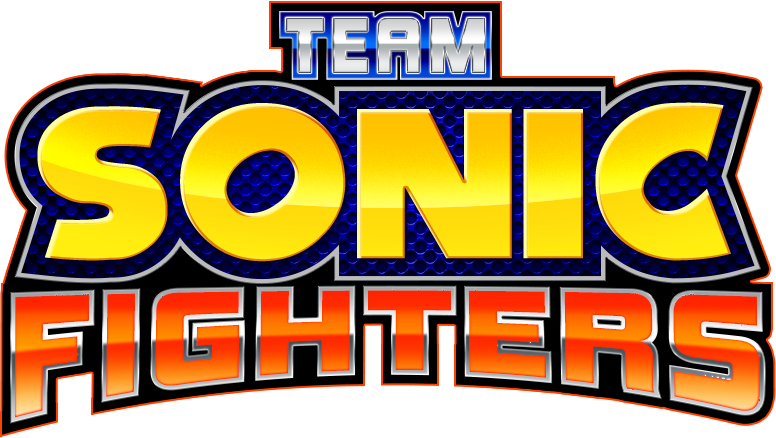 Introducing Team Sonic Fighters, an MvC style MUGEN Sonic fangame. It features everything you've come to know and love about the MvC series, and more!
The game features tag team gameplay, complete with assists and snap-backs.

The combo system works as follows:​
Light Normals > Medium Normals > Heavy Normals
Normals > Unique Normals > Special Moves > Hyper Moves
Assists can also be used during combos
I'm aiming for a roster of 16 characters: not too big, not too small, if you know what I mean.
​
Sonic
Playstyle: All-rounder with an emphasis on rushdown


Unique Normals:
Sliding Kick (->+C)
Does a lot of knockback.

Sonic Somersault (QCB+A/B/C)
A simple multi-hit move. Not much more to say about it.

Sonic Slide (X/Y/Z, follow-up for Sonic Somersault)
Sonic slides towards his opponent, tripping him up if it hits. If used well, it will allow you to greatly extend your combos.

Rising Dance (QCB+ABC x2, Level 1 hyper)
One of Sonic's win animations made into a hyper move. Knocks the opponent high up into the air on the last hit.

Sonic Rush (QCF+ABC x2, Level 3 hyper)
Sonic grabs the opponent. If he successfully grabs his opponent, Sonic does a flurry of attacks, ending with the Sonic Slide, and then jumps up to spike the opponent down to the ground.

Shadow Teleport (DP+X/Y/Z)
Shadow teleports a set distance away from him, which varies depending on the punch button that you used to perform the move.

Chaos Snap (QCF+A/B/C)
Shadow snaps his fingers to create a stationary projectile a set distance away from him, which varies depending on the kick button that you used to perform the move.

Shadow Counter (QCB+A/B/C)
Shadow gets into a guarding stance for a brief period of time. If he gets hit while in this stance, Shadow will teleport behind his opponent and hit him with a sequence of kicks.

Snap Quintro (QCF+ABC x2, Level 1 hyper)
Shadow creates 5 Chaos Snap projectiles, each one higher than the last. the 5th one knocks the opponent far away.

Chaos Blast (HCF+XYZ x2, Level 3 hyper)
Shadow lets out all his energy to create a massive explosion that does lots of damage.

Knuckles
Playstyle: Brute that packs a punch, but really needs to get in to do damage


Unique Normals:
Double Punch (->+Z)
Does a lot of knockback.

Explosion Fist (HCF+X/Y/Z)
Knuckles lunges forward, and then punches so hard that it causes an explosion. Causes a wall bounce on hit. Has a pretty long startup time.

Knuckles Glider (QCF+X/Y/Z, A/B/C to cancel, air only)
Knuckles glides toward his opponent. The move can be cancelled at any time by pressing any kick button.

Fistful o' Fury (HCF+XYZ x2, Level 3 hyper)
Knuckles does a flurry of punches, finishing with an uppercut, followed by an Explosion Fist. A very damaging move.

Fist Trap (QCB+X/Y/Z)
Tails reveals a hole in front of him. If the opponent steps in the hole, a fist contraption will rise out of the hole. Functions as a launcher.

Tails Pounce (DP+X/Y/Z)
Tails does a forward pounce attack. Works reasonably well for anti-air, and is also a command grab.

Tails Whirlwind (QCB+ABC x2, Level 1 hyper)
Tails spins around for a little while. If it hits, then at the end of the initial spin, Tails will do a fist hook attack, and end it with a twirling leap forward.

Flying Slam (DP+XYZ x2, Level 1 hyper)
Tails does a forward leap attack. If it hits, Tails tosses his opponent up into the air, flies up to chase him, and then slams him back down to the ground. Shares its traits with Tails Pounce.

Final Flight (QCF+ABC x2, Level 3 hyper)
Tails does a tail swipe attack. If it hits, the opponent will be knocked off the screen. Tails will then pursue the opponent with his Tornado biplane, and crash it into him.


Espio
Playstyle: All-rounder with an emphasis on mixups

Downward Kick (->+B)
A slower, but more damaging overhead move.

Ninja Vanish (DP+X/Y/Z)
Espio vanishes, and then re-appears a certain distance away from where he originally did the move. Distance depends on which punch button you use.

Hammer Spin (QCB+X/Y/Z, air OK)
Amy spins with her hammer, and ends with a spiking attack downwards. The spinning propels her both upwards and forwards. Distance depends on which punch button you use.

There's also a demo build available for download there, but I advise against downloading it unless you like broken and janky stuff. (Alternatively, you can download that build here.)​
(Logo courtesy of MUGEN Guild forum user President Devon)
Last edited: Oct 24, 2020

Now for a much needed update on what's going on:
After some internal debating, I have decided to delay the release of Demo 2 to June of this year. Additionally, I'm going to be spending the next week on vacation, and I probably won't have internet access, so don't expect any videos until I get back.

Also worth noting is that I added a direct download link to Demo 1 to the first post for those who don't feel like going to my Discord server just to download my game. I do still encourage you to join it though.

A surprise development update from yours truly:
Here, I showcase Espio's normals, throws, and other basic stuff.

All reports of my death are greatly exaggerated.
Here, I showcase Amy's Normals, Throws, Special intro with Sonic, and other basic stuff.

This looks pretty solid! Keep it up!

EnderElectrics said:
This looks pretty solid! Keep it up!
Click to expand...

Here's another one:
Here, I showcase Espio's special moves.

For me, this is that point, which is why I've decided to recruit developers.

Disclaimer so people don't complain:
YOU WILL NOT BE GETTING ANY MONEY FROM THIS. Just deal with it.
And with that out of the way, let's dive right in:
First off, I'll need you to join my Discord server(at least, for now, I'll see if I can figure out a way to handle it all outside of the server later).

Also, I NEED TO KNOW THAT YOU'RE ACTUALLY COMPETENT. So it would help if you would show your background, as well as some of the things you've made or done(for example, if you're looking to join the team as a sprite artist, post your sprites).

And now, here's what I'm looking for:
If you think you're up to the task, you can join by saying in either a post in this thread or a PM sent to me, that you would like to join my team, what role you would like to have out of the 3 specified above, as well as your existing work and (optionally)your background.