=Mirror Download=​
Sonic Overture is a fan made prequel to the original Sonic the Hedgehog, created to tell the story of Sonic's adventures on Christmas Island.

"Dr. Eggman is mining the island for the precious substance known as phossil to power his machines. To the dismay of its inhabitants, Dr. Eggman's mining operations have disrupted Christmas Island's Harmony Stones, throwing the island out of balance and locking it in a state of constant earthquakes. Sonic the Hedgehog, having enough, sets out to find the source of the problem as Dr. Eggman begins to investigate the mysterious South Island and the Special Zone. Sonic is not alone however, as a mischievous individual is trailing behind him..." 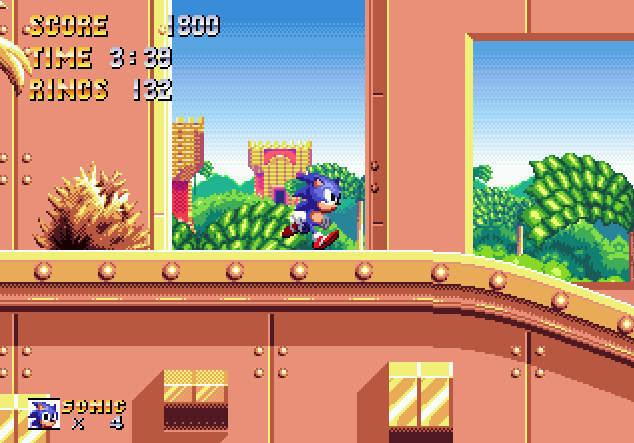 "Sunrise Gate takes place at sunrise. At the very edge of Christmas Island, right against the ocean, Sunrise Gate acts as the gateway to Christmas Island. Brimming with lush greens and lively vegetation as far as the eye can see, the road towards the gate is a sight to behold. Curiously decorated with gold imitations of the local flora, the great golden gate surrounding part of the island is a popular tourist attraction. Interestingly, it is believed the gate was once meant to keep outsiders away."

Motobugged:
- “Eggman's prototype of the motobug. The computer still has a bug. What is the bug? We may never know!”
Splats:
- “This rabbit-like badnik hops around trying to hit Sonic. Not much of a threat!”
Listerion:
- “A sneaky gecko badnik who fires peas at Sonic from the treetops. Dodge those peas and take them out with a skillful jump!”
Sulabop:
- “Watch above for this badnik, who flies overhead and tries to dive bomb Sonic. Smash it with a spin attack when it's close!”

"Granite Zone is located deeper within the island, featuring the ruins of temples in an overgrown jungle alongside a volcano. Wrought iron craftsmanship and ancient trees weave through the scenery, as lava from the volcano overflows into the ruins, making them difficult to traverse. Mysterious flying objects can be seen far away hovering in the sky. It is speculated that the civilization that once resided here was brought into ruin by a massive eruption from the volcano."

=Excerpt from the Overture Thread in Sonic Retro [July 17, 2016]=
Goodness what a trip this has been. Where to start.
The scope of Sonic Overture simply cannot be supported by MMF2 and Worlds. MMF2 is far too clumsy and limited and was making development hell.
After the last demo, we continued working for a little while, but quickly hit major obstacles and realized it was only going to get far worse, and that a variety of things we wanted to do were not even possible. Trying to continue, let alone complete Overture in MMF2 was going to be way more trouble than it was worth and would require huge compromises we didn't want to make.

I started looking into possible solutions. I'm already familiar with other software like Game Maker, Construct, and Unity, and thought it may be possible to work something out with those.
I talked a lot with Tpot, a friend of mine who created the MAX engine in Game Maker which I previously helped him with.
Besides capability, we also have to consider how well the rest of the team can handle the software, as we need a workflow that's friendly and reasonable. Unity for example, despite its capability, is not well suited to 2d. It has a very bare level editor that's geared towards 3d and would require polygonal collisions are defined for every conceivable surface, as well as having all kinds of caveats needed to pinch together a 2d game.

Tpot joined our team, and we spent a while experimenting with different programs. We decided to put Construct Classic to the test and this was our most ambitious effort. We completed a well featured, flexible 2d Sonic engine and got all the way to level construction, only to have the whole thing fall apart. Once it got to that scale and we had two complex levels built, Construct became very unstable to the point of being unusable; the Sonic engine would glitch out, the editor would not function properly. All that effort was a terrible waste.

At that point we realized we can't rely on these programs. They all have terrible, critical flaws. What one succeeds in, another fails at.
After a lot of discussion and more experiments, we decided to make the bold move to a custom engine. Tpot was very confident he could pull it off, and we went over many details to ensure that confidence was not misplaced. It would be a long, difficult effort with a far greater long term benefit.
However, we would also need a user interface for creating the game, at the least a level editor.

After three quarters of a year's effort, we have succeeded. Immensely.

We're proud to announce Teal, a custom game engine created in C# with the OpenTK framework.

Despite its early stages, it is already incredibly capable. It is general purpose, but is first being used for Sonic Overture, which serves as a catalyst for Teal's development; as we progress, we learn more about Teal's needs and problems to fix. Unlike other programs, any unusual problems we encounter can actually be fixed instead of having to work around them or ignore them, and we can add any features we want. We've determined that Teal can go beyond Overture and be used for much more in the future. Accompanying Teal is a user interface. It is currently pretty bare and only useful for level building, but even this much is more capable than Construct. Along with that is TealSonic, the new Sonic engine built in Teal that will be powering Overture.
Among its features include robust pixel based collision detection, pixel perfect 2d rendering within real 3d space such that 3d elements can be seamlessly integrated, effects such as line scrolling and palette cycling, extraordinary runtime efficiency, and plenty more. 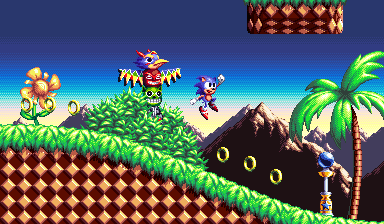 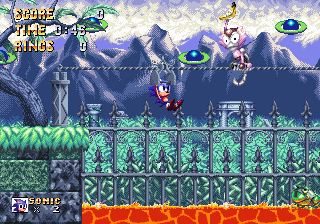 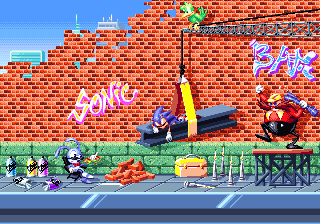 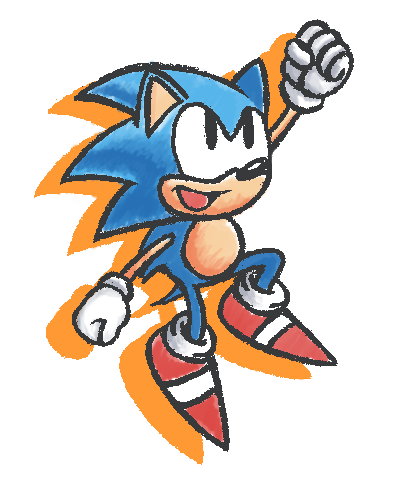 i'm fletchdona and i wanna have fun

what is this beautiful project that I have never seen or heard of before.

Nice to hear the project is still alive and kicking! Looking forward to it!

I knew this'd be good from the beginning
Reactions: Mr. Potatobadger

That's some good shit right there.

That would be me, thanks!

By the way, we might be posting an update regarding the project relatively soon, stay tuned folks.
Reactions: Mr. Potatobadger

I'm eagerly waiting for the next build!

I've been looking forward to seeing more of this game since playing the demo back in SAGE 2014. Fingers crossed that it appears at this year's SAGE!

Even though the demo was such a small taste of the game, Overture is probably one of my most anticipated fan games.
The art and aesthetic of the overall game thus far has been very pleasing, and the music has been quite nice as well. I can't wait to see what's to come from this in the future!

Oh wow, nice to see some updates from this game. The logo is beautiful.

Be very interesting to compare future versions of this to the 2014 demo! Hope it turns out well for you guys.

This already feels like something out of SEGA's libraries. I wit to see how far it goes.

Thank you fellas, we won't disappoint.
Reactions: TheStoneBanana and Sslaxx

Has been killed 33 times by SFGHQ members

This is seriously beautiful, you guys can't even imagine how hyped I am.

Wait, how exactly did you get it running on Switch? As far as I know, that hack only works with GameMaker games.
T

Starturbo said:
Wait, how exactly did you get it running on Switch? As far as I know, that hack only works with GameMaker games.
Click to expand...

Honestly I'm not even sure how that comment got here. I do not recall posting it
I

Do you guys know if the project's still kicking or if it has been dummied??
R

This project is still going on? If it is, that's great. Would like another cool thing made with the Sonic Worlds engine.

As I've mentioned on my personal Twitter previously, the game's been on a temporary hiatus ever since around 2017~2018 or so given we've experienced a couple of major setbacks that have cost us a significant amount of time, perhaps one day we'll go more in detail as to the many internal going-ons, but that said the game is not cancelled and there are no current plans to cancel the title, rest assured.

Many of our previous original plans for the game have shifted and the game's structure differs greatly from what it once was, but such will make the game far more manageable to complete.
You must log in or register to reply here.
Share:
Reddit Pinterest Tumblr WhatsApp Email Link
Top Bottom