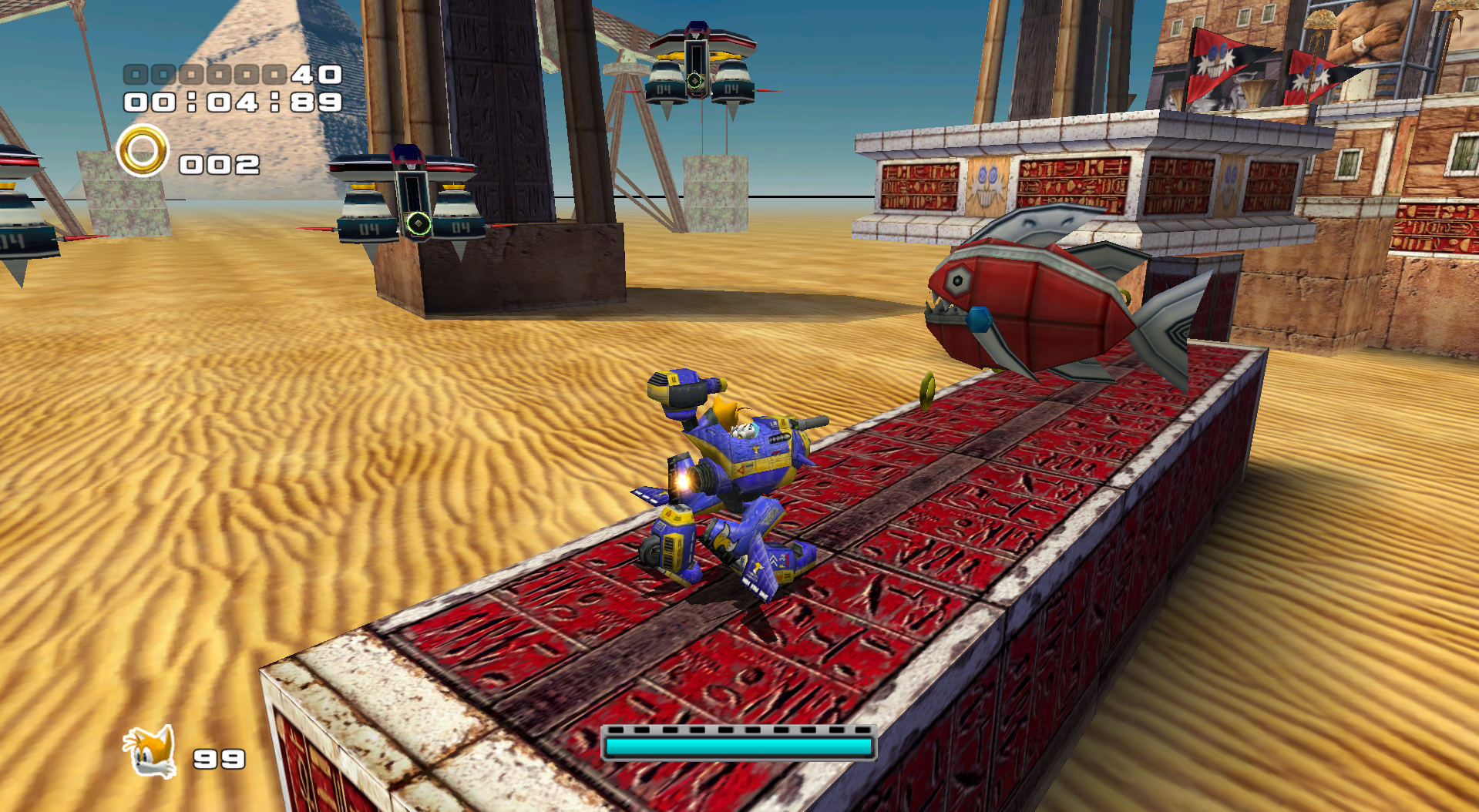 Has Hard Mode stopped being hard? Never fear, fellow SA2 enthusiasts! This mod features the creation of brand new Super Hard levels replacing the originals. As a speedrunner, reverse-engineer of most of the game's objects, and degree-holder in game design, I assure you that these levels have been tailored to provide a fair but difficult challenge that requires mastery of the game's mechanics and knowledge of all of its quirks. And if that's still not interesting enough, I have also included a suggested extra challenge run for each one.

Development of Super Hard levels is ongoing; there is a text document in the mod's folder that contains the current list of stages with completed levels. This is also where you will find the extra challenges.

The mod also moves the original M5 layouts to M1, with some changes to allow full completion of the game from a new save file.

I add levels to this mod in packs, each one containing one stage for each of the six characters. The second pack has been released for SAGE!

There is a document in the downloadable folder that has the current list of Super Hard levels.

-MainMemory for making the SA2 ModLoader
-OnVar and Prahaha for picking apart the assembly for level stuff and teaching me about editing it.
Reactions: xinconety
Share:
Reddit Pinterest Tumblr WhatsApp Email Link

judeleyestivene@0001 said:
can you provided the download in the sonic fan games hq because when i go on gamebanana it's a rar file or zip i'm using a emulator on a school chromebook i know that rom hacks here are bin make this a bin now
Click to expand...

Sorry, don't know how to make those, and probably won't bother looking into it/finding someone who does until the mod is done.
You must log in or register to reply here.