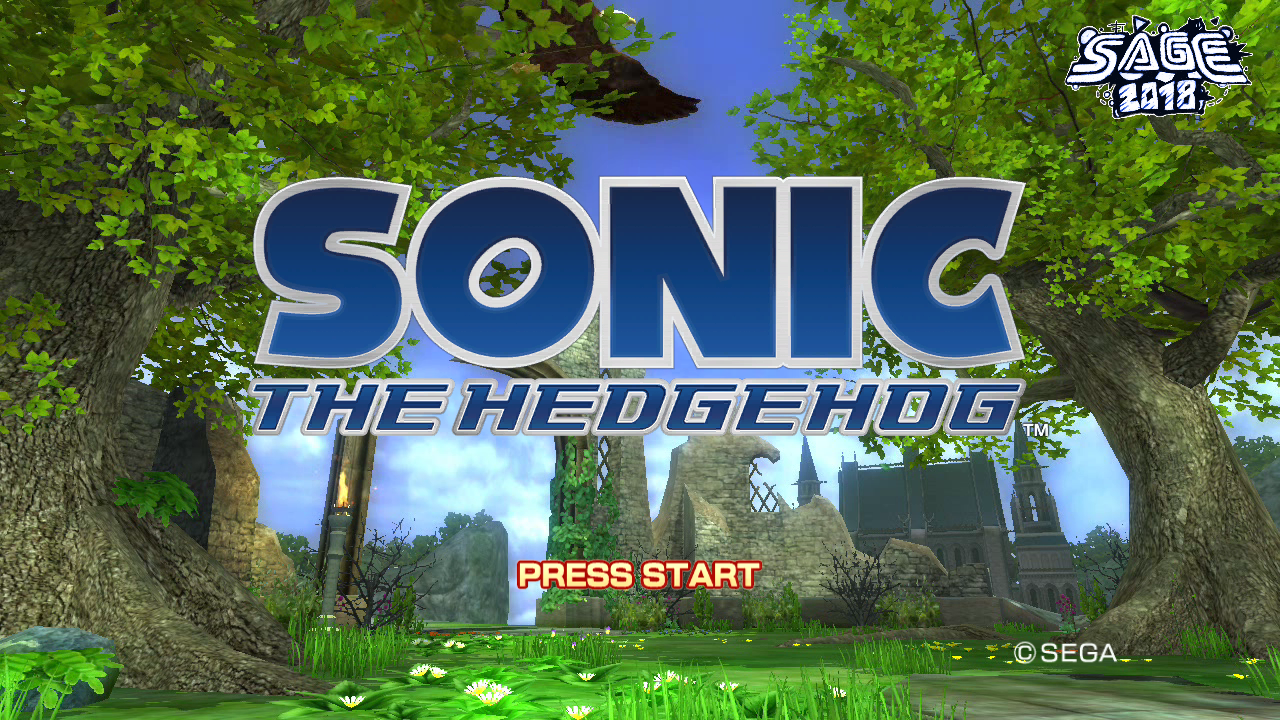 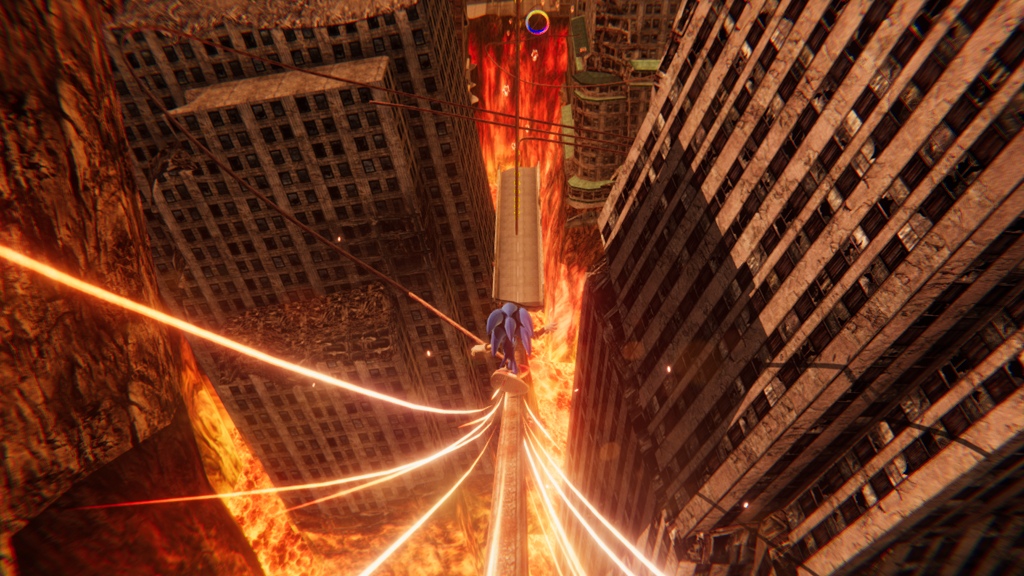 "The whole city is on fire!" 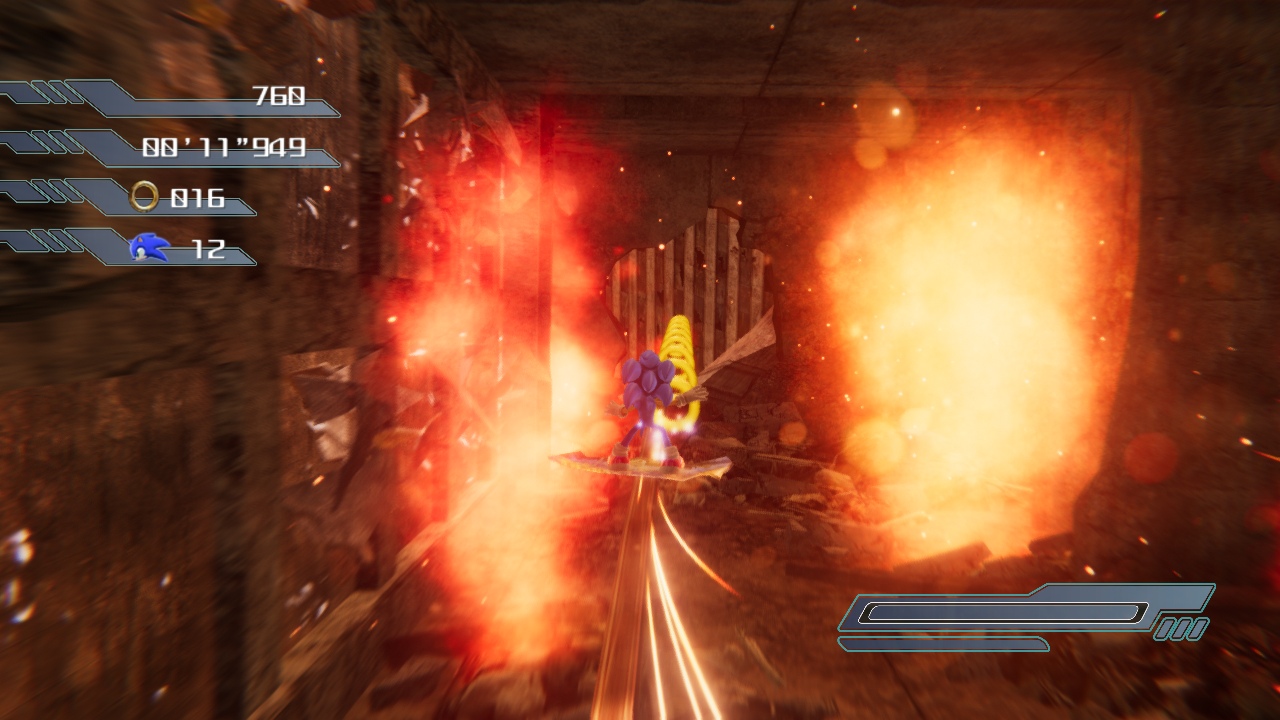 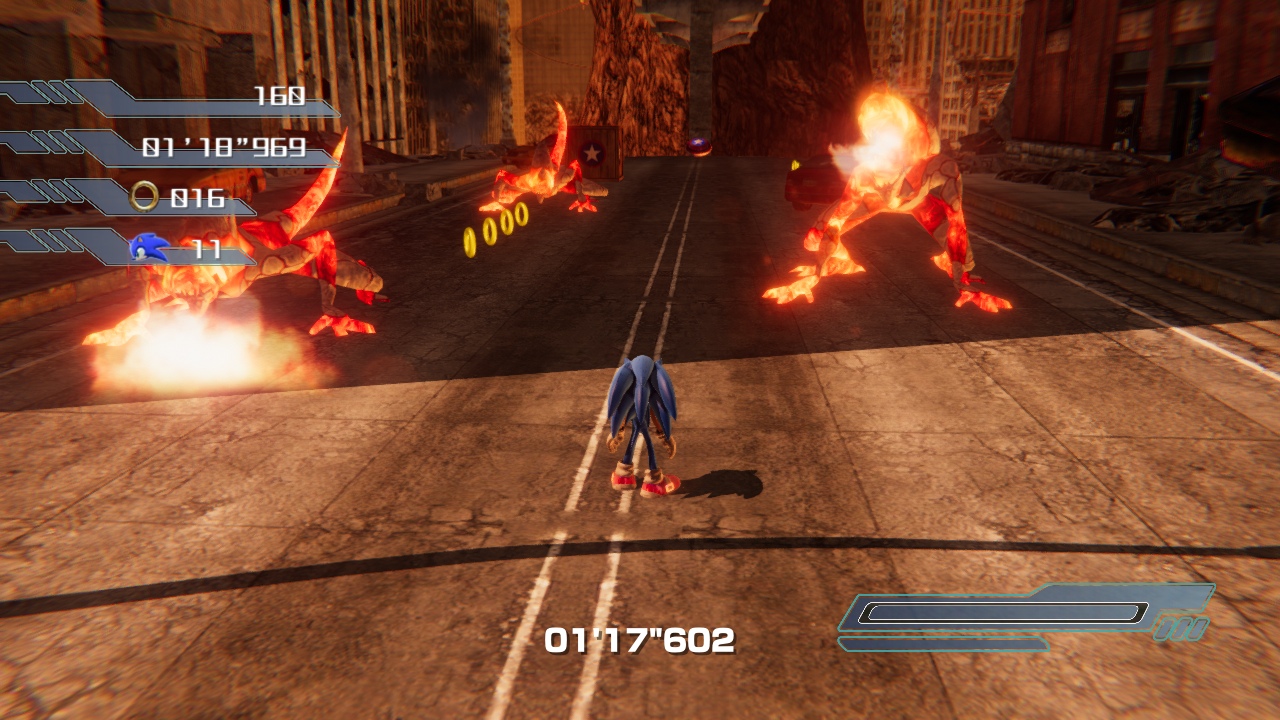 Why is the game running so slowly?
We are still working hard to optimize the project to improve it's performance across a wide variety of systems.

I found a bug!
Since Sonic 2006 PC SAGE 2018 Demo is still at an early stage of development, in this build version can be found a large number of bugs that will be fixed in the future. If you find one, be sure to send us a message through our twitter page along with a screenshot or video so we can work to fix it.

Why such stages like Kingdom Valley and Dusty Desert doesn't include in build?
Right now these stages under reconstruction. We work on it and they will be available in future.

When will Sonic 2006 PC be completed?
Sonic 2006 PC is made in free time of our volunteers, who, like everyone else, has a personal life and career. Since the work proceeds in different intensity depending on the employment of the developers, we can not give an exact date for the completed game.

Crisis City is too hard to pass.
Of course it's difficult! Crisis City is one of the most difficult levels in Sonic 2006 and if you have never played the original, then it will certainly be harder for you. Only practice will help!

overall your project shows alot of promise and i will wait excitedly for the next update
T
thomas kingggg
how do i play it after download cant figure out for any game
My mind was absolutely blown playing this for the first time. I had seen videos of gameplay, but it didn't really sink in that it was Sonic 06 on PC looking better than ever until I actually ran it on my computer. This is a dream come true!!

Controlling Sonic feels great. When doing homing attack multiple times on one enemy (the enemies with health bars) it feels like this demo allows you to do homing attacks faster than the original 06 did, and I really appreciate that!

Thank you for making this, and I'm SO EXCITED to see this project unfold!
U
Ultrad964
It says this app can't run on yout pc
the first time i downloaded this remake i was astonished by the looks,
EVERYTHING LOOKED AMAZING!
after learning the layout of the game i continued to master it, with getting an S Rank every time.
I couldnt stop myself from playing this remake again and again and again,
and I really want to see more levels coming out on this year.

the controls were amazing and the experience too.

I encountered a few minor glitches that could be easily patched,
1. when getting the extra life on the second ramp (boarding) your bonus dissapears instead of increasing.
2. sometimes when spawning in the level, sonic will be placed backwards and restarting the level will fix the problem.

Reactions: Bearzor
S
Silver_Banshee
Controls are really sticky on a keyboard. I have no idea if it's my keyboard or the game.
Read more…

Totally impressive and awesome! These are my thoughts:
Cons:
-The second snowboard jump is kind of unfairly difficult.
-You don't get clear enough intructions of how to play. (I've gort confused with the "Press X and jump (Snowboard)" thing.
Pros:
-The new snowboard mechanics and controls are great and awesome!
-The new mech 4 controls are perfect! Now you can jump and move in the air!
-Visualy stunning.
-Good control overall.
-Good performance.
-Unity Engine.
Questions:
-What is the diference between the options "Default" and "level 1" from the graphic qualiity of the launcher?
-Does donatig to SonicNEXT make you appear at the credits? (Mostly because I have donated in the past and I'm curious)

-Llucmenork
Some issues I found:
-Controls feel too sensitive, especially for the snowboarding section
-A lot of the times I found my self doing a homing attack and just failing to hit the enemy, falling to my death
-The camera work is horrible, and rotating it by hand in a faster paced game like this isn't an option
-Grinding needs proper rail switching mechanics, either like the ones from Sonic Adventure 2, or Generations
-Performance is pretty bad all around considering the minor improvements, you should focus on improving the graphics via better texture work
-Jumping on the snowboard is very unresponsive. Not enough visual feedback, and there is a long delay between letting go and jumping, it feels clunky
-The grinding section needs a huge redesign to work better with the new physics based controls
-Enemies should get their health bars removed, they don't belong in a sonic game

Other than that, removing the random debris falling at you around the level (or at least adding a shadow showing where it's going to hit), decreasing the amount of scripted sections, reducing clutter in the levels. The list of poor level design decisions in this game is too huge for me to list here.

It can be fun, but IMO it just needs a lot more work.
I really hope they make an update to the demo before SAGE ends. This demo felt very rushed.
Is there another link than just those two because the second one is one that I don't use and the first one just straight up won't let me download it.

I guess I'm dumb then.
Controlling Sonic is a pain, and many times the snowboarding jump fails and don't get past the first section.
Tornado section is almost unplayable, most times Sonic is slippering outside the track and is constantly taking damage.
does this have a virus?
I wonder, Will 32-BIT Be released later on? Please let me know, Thank you


-Psycho
I love it very much that your are doing this job, but unfortunately my demo is unplayable since the camera is always rotating on the X Axis (idk why lol).

Has this happen to anyone here ? if yes, please tell me how do i fix this.
Controls are messed up. For some reason A is mapped as jump AND start, B is mapped as jump, and X as action. Tried changing the inputs and it seems to think my controller is a keyboard (it's an xbox controller). Not sure what to do :S
32 bit can you make this and 32 bit please ????
Can you make this in 32 bit please
My PC can't handle this game, I hope there will be a version for weak pc
Make it 32 bit for weaker pc am so hurt I can't play this what a let down

Psycho said:
I wonder, Will 32-BIT Be released later on? Please let me know, Thank you

I HOPE SO
works well,but for me,lags a lot in some parts with a lot stuff in the screen,
even with the lowest setting,need a build for a low pc plz...
uh do you thank you can put Lightspeed attack in there?
For those having trouble running this on their computer, if you just go into the Managed folder inside of the SonicNEXT_Data folder, and remove/delete the file Unity.Postprocessing.Runtime.dll, the game will run exponentially faster. This will cause the post-processing effects within the game not to occur, causing the game to be far less taxing, and does not degrade the visuals much at all. This also makes sonic significantly more controllable and the jumps in the stage significantly easier too; this issue is probably causes by the lag in the game effecting input and how the game accepts it, but I'm not well versed enough to say. I can confirm the issue exists, however, and that if your having this issue, it's likely due to input lag/game lag, something this may fix.

As a side note, decreasing the resolution, turning down the settings, blah blah blah, etc. will also help the issue.
did anyone else look to the comments to see how good it was? leave a like if you did. I know I did.