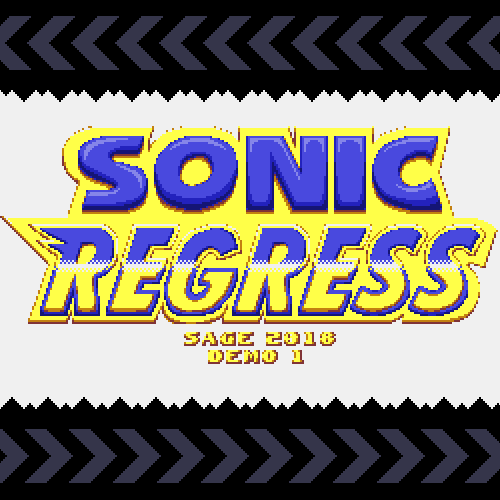 Sonic Regress is a fangame trying to follow the functionality of the classics of the 16-bit era (powered by GMate Engine), with the goal of being another classic Sonic adventure.

Story:
Another of Robotnik's plans has been prevented by the blue hero and his friends. Although they have restored peace, the evil Doctor is far from giving up... looking at the Master Emerald data he collected before losing it, he twirled his moustache as he thought up another brilliant plan... using the data, he realized he could try creating a Chaos Emerald prototype... to make sure his plans don't fall easily, he created two.
Being Master Emerald's data used, the prototype acts like a Chaos Emerald, making his machines more threatening.
Sonic and Tails with nothing to do, went for a ride on the Tornado, and they realize something familiar on an island, Death Egg under construction... both went to the island, but one of Robotnik's machines hit the Tornado and fell into the island, near a coast. It's now where a new adventure begins.
(Knuckles will not make an appearance, he has no reason to get involved in game's story, he's on Angel Island.)

SAGE 2018 Demo 1:
This demo was a bit rushed, only 1 zone is playable: Sunlit Viridi Zone (Viridi is Green in Latin)
Boss haven't been added yet. Was thought to have this Demo, but as nothing seems easy and as this Demo was rushed, you at least play both acts.
Demo 1 Tails' sprites weren't made (actually yes, but I rejected the new sprite), but his palette is here.
Most of the Demo 1 musics are placeholders, only 2 were made.

The project doesn't promise, it just does the best it can.​ 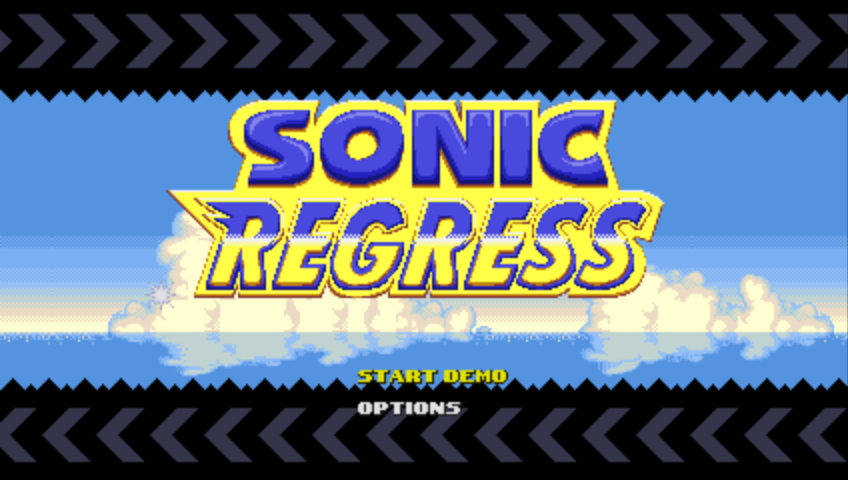 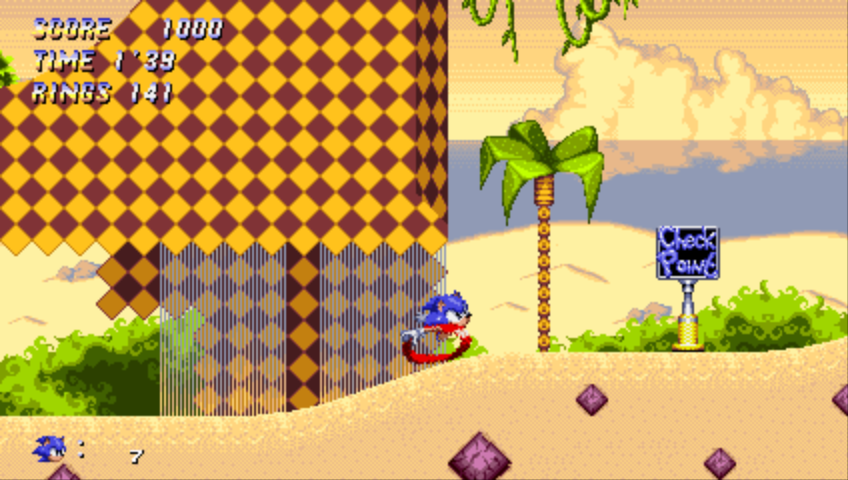 In the next demo, you can play Extra Zones that aren't part of Regress but of others.
I don't intend to reveal one of the extra zones, I just say they will have 2 acts, the 1st for Sonic and the 2nd for Tails.
​

This was pretty great. I enjoyed all the little graphical touches and tweaks, like the HUD recoloration, the more prominent pupils in the eyes, et cetera. Theming at least this first level around Sonic 3D Blast / Flickies' Island was refreshing as well, even as the game played mainly like a more traditional Sonic game. Even includes the golden homing shield! And props for making a Sonic fangame where you can ACTUALLY push things, and find secrets that way! For how many fangames implement pushing, it's rare any actually use it. So well done!

I really like this game. May be a bit biased since I'm a bit involved in this but well.

The acts shown in this are really outstanding. You've done a great job with them. They have quite a flow to them.

Little touches such as the checkpoint signs just make this much more interesting.

I only have nitpicks with this, for example, is that you could have added some bigger tile variation. Like, see Green Hill Zone's tileset, it has a few "bumps" in it and etc.

Another nitpick of mine is that the zone you chose doesn't make this demo stand out. I think you should have started development from another more unique stage (such as "CGZ"/"BPZ") since as from what you've shown there's a lot more impressive stuff you've concepted.

I would also like to see you try programming/coding more, even though I know that's something you are not quite capable of, the only way of learning is to try.
The controls are pretty comfy, and the elemental shields work pretty well! Level design is pretty easy-going ( as it should be, since it's the first level in the game ) but it's a very enjoyable experience, Sunlit Virid Zone looks great and the music is one of my favorite tracks in the genesis titles, really gave me a nice and welcoming vibe.

The graphics are beautiful, I like the way Sonic looks, and I must say, I also really like the way the flicky/bird badnik looks like XD. Overwall a good experience, definetly recommend checking it out!
Read more…

Sonic regress is a great game to play
You must log in or register to reply here.