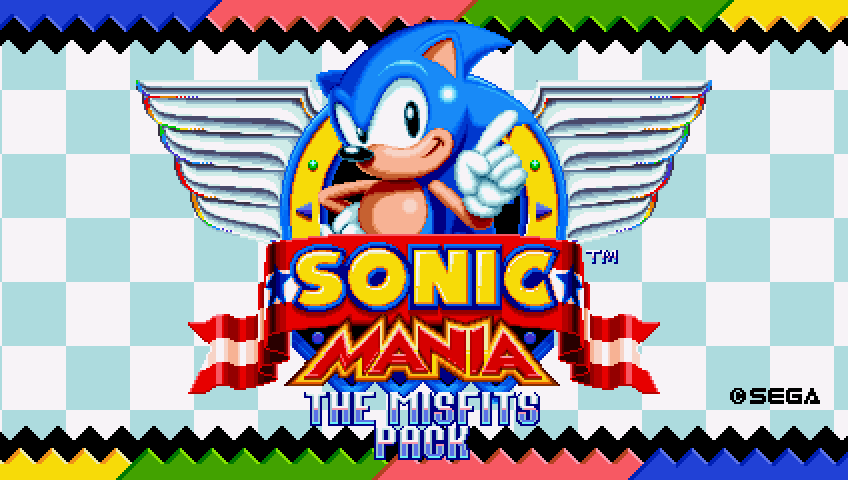 Sonic Mania: The Misfits Pack is a total-conversion mod for Sonic Mania that marks the return of a plethora of classic levels, specifically ones considered to be sub-par. The zones have all been updated with new graphics, level designs, and gimmicks to make them feel fresh and fun to play. 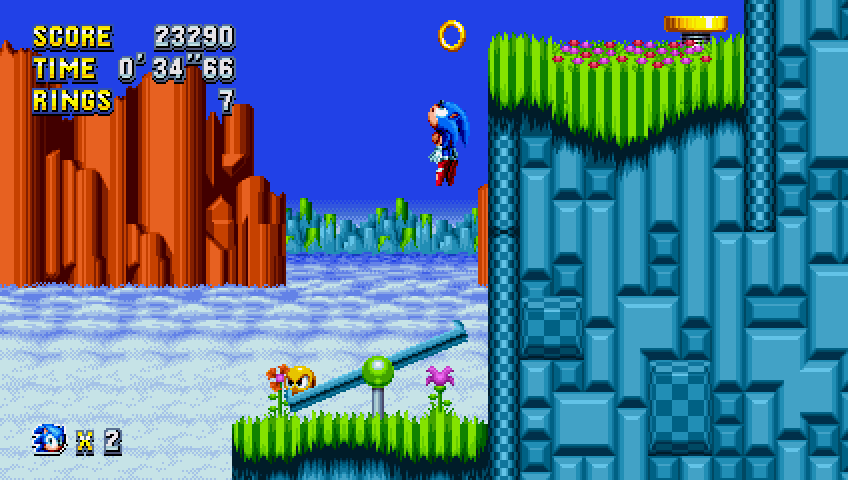 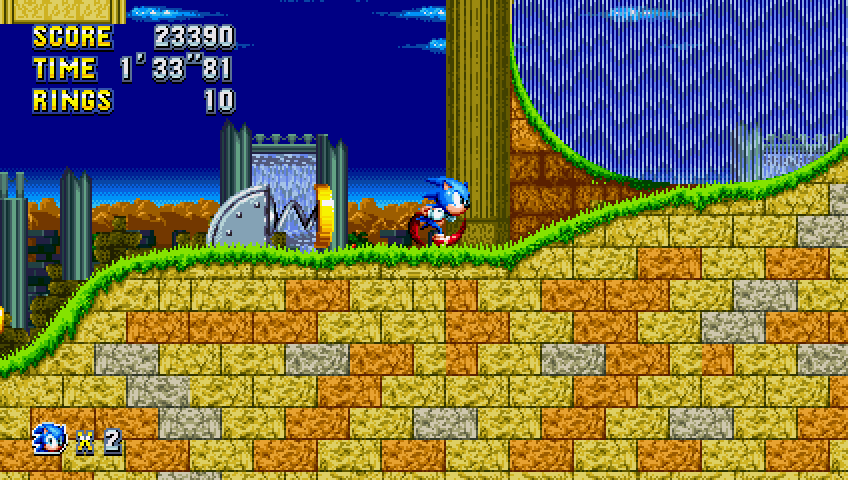 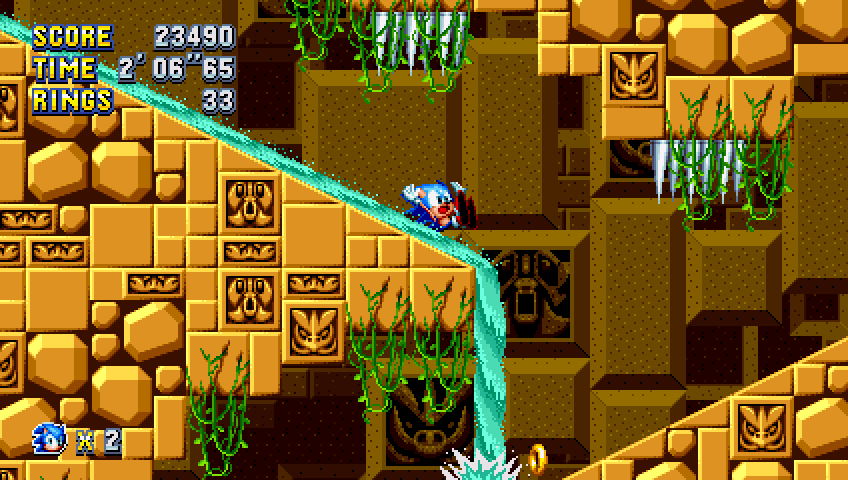 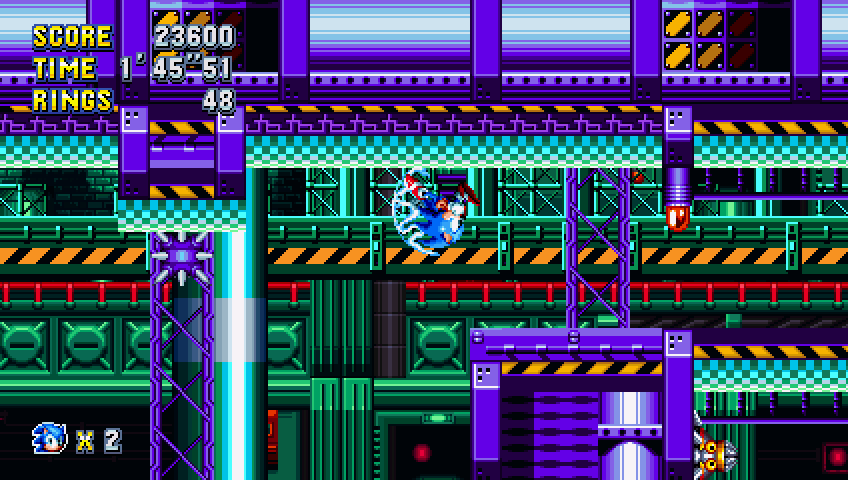 Since SAGE 2020 ended, I decided to cover this mod for a good reason and this is probably one of the great ones. The Misfit Pack is an unofficial DLC mod that reimagines zones and takes a spin on how fun these levels should be. This will be my review for the Sonic Mania mod (aka DLC if you called it :P).
EDIT: I edited the stuff so that I won't get too harshly on the stuff that I find getting cringeworthy to me.

Hill Top Zone:
I actually didn't mind this act being remastered over here. The first act is basically the same except that the moveable platforms are replaced with moving lines. When playing Knuckles, you are moved to the top of the map that is likely a reference to the original map for the Knuckles in Sonic 2.

The second act is very interesting with the background having the hilltop along with other hills, as well as recurring enemies from Sonic 3 and Mania, which is ok the most part. The new gimmick I was not expected is the bouncy clouds which possibly reference to Sky Sanctuary Zone clouds though they do seem to be rotating and just for platforming.

Overall, a great zone with the second act being more positive though I was ok with what it is.

Aquatic Ruin Zone:
I always thought this zone was fine the way it is, but seeing it in the reimagined version is so pretty. So, the first act combines two acts from the first zone except for the driller enemy that apparently didn't break the wall like in the original zone, and falling debris from the underwater section has been replaced with spikes for confidence.

The second act gets very interesting and I thought it looks like an actual ruin filled with many waterfalls and I was shocked, really really shocked. This act combines Hydrocity Zone and Marble Garden Zone for multiple reasons but you just have to explore a bit to get what I mean. Overall, a much better and a beautiful zone with the best music in my opinion.

Labyrinth Zone:
Like Green Hill, the Labrythin Zone on the first act combines two acts while the third act is seen in the first half of the second act. I honestly had frustrating memories on this zone, but only the third act, which is why I'm okay with two acts being remastered. I honestly liked the Knuckles-exclusive feature, as it features the shortcut pathway without being too quick to finish.

Now the second act is a very great man. It feels like an actual underground water labyrinth with great gimmicks (such as rising water platforms) and homage to the original prototype background from the vanilla game. The outside of the area is beautiful with gorgeous pillars and a midnight sky, giving me Celeste vibes. Overall, it a greatly improved stressful zone.

Wacky Workbench Zone:
Damn, who I knew that this zone has made into this mod. An overrated zone in Sonic CD, this level has been reworked in similar veins to Metallic Madness in Sonic Mania. The first half of Wacky Workbench is identical except the whole reworked of the act that is not stressful and too many bounces. Mic Drop and Poh-Bee enemies are there, along with the additions of Bumpers from Collision Chaos, which is recurring from Act 2.

The second act is a whole new level. Yellow platforms returns and the use of the Lightning Shield on a bouncy platform in the air is here, yay? Also, gotta love the Spike wheel and the Checkpoint wheel, and Bumpers that put on electrical conduit on it is interesting and someone deserves that credit man.

Conclusion:
In conclusion, I always found it so much more fun and entertaining than in the original game's zone. It was surprisingly entertaining and when the next zones were added, I'll be there to check it out. Giving it a 9.3 / 10 score.
Last edited: Mar 7, 2021
People play games to escape reality, not be reminded of how horrifying it is. So piss off with your "wear a mask" shit, we fucking know already.
That said, this mod is awesome, definitely the best of the mod submissions for SAGE 2020. The music especially is godlike. Though the recycled bosses are a bit lame, I'd prefer the levels just end like Labyrinth Zone's acts do.
Read more…

there will be one when the full version is released
Sonic Mania just makes all the levels better than the original because Sonic has moves. So, like use peel out with wacky workbench. And use any move you want with the other three.
made an account just to make a comment! I was expecting just recreations but when I got to act 2 of wacky workbench and I saw new act 2 gimmicks just like the base game I was blown away! Sure right now they're mostly just reskinned flying battery act 2 gimmicks but this is still a work in progress right? Can't wait to see where this goes!! :D
You must log in or register to reply here.