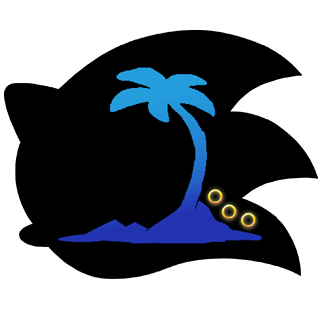 The engine that Sonic Islands is using was built solely with speedy, 360 degree platforming in mind. Attempting to recreate the classic physics in 3D, Sonic Islands also adds abilities inspired by the modern games, such as the Homing Attack and the Bounce Attack, on top of some new abilities for Sonic's moveset, like the Drift-Dash, or moves from the classic games rarely used in 3D, like the Insta-Shield.

Islands also attempts a more acrobatic, exploratory design for Sonic, which tries to incentivise more nuanced, free flowing platforming, as well as rescuing animals to unlock extra areas.
Run around the zone and try collect as many emeralds as you can, as each one adds a new move to your moveset. ...You might even find a way to power them up too!

If you want to keep up with any updates, I'm on twitter at https://twitter.com/SteveTGames

(Apologies for the blocky terrain and performance issues. If you need some more frames, try using the Low End build.)

So as is the same as last year, I was working right down to crunch and still managed to only get about 10% of what I planned done. There's a lot of jankiness from multiple Unity updates along with the general codebase for the engine becoming an untamable monster as I've gotten sloppier and sloppier with it.

I apologise for the poor performance in some areas. The stage really started to tank frames as I added more stuff, the whole engine is just poorly optimised in this state.

Enough of my pussymoaning excuses though, here's what I planned to get done before running out of time, and will be adding in the future:
- Action button to function as a walk mode when at low speeds, prevents you from accelerating beyond a light jog
- Extras menu with purchasable cosmetic changes and gameplay modifiers
- Emerald doors that require you to give up a specific emerald to unlock and access that area (to allow challenges such as no homing platforming etc.)
- Ring banking treadmill system, to allow control over deposit amount, and provide a way to save for large purchases
- Ring doors that use the same treadmill deposit system
- Crystal rings scattered throughout the zone, acting as a finite collectible in each zone, akin to red rings but in much larger amounts
- Large crystal rings that teleport the player to new areas (special zone etc.) Require crystal rings to power

Finally, as I've come more to grips with programming and general game design since I started this project almost 2 years ago, I've decided to rebuild the engine from the ground up, again....again.
It's already quite far along, and is infintely tidier than the current code. The next build of Islands you see should be on this improved engine.
A large reason for this is I plan to release this new engine on the Unity Asset Store, as both a pack or segmented modules. I know, I hate to be that guy and not make it free, but if I can turn this development stuff into a living, it'll go much, much faster than it has been. I also plan on making it as user friendly and feature packed as possible, with tutorials to go alongside. There's definately love and care going into this one.

Either way, thanks for checking out the page, and though it's not much, I hope you enjoy the demo

Music is by the fantastic Karl Brueggemann (@karlbrueggemann)

Thanks to azoo for the rough logo design, many concept sketches, as well as general feedback and testing. He can be found at @azookara on twitter.
Plus a thanks to @indigorush101 for the mini capsule and shoe soles designs.

Also want to say thanks to the Sonic Utopia team for showing us the potential of how Sonic could play in 3D, and for their support.

The Sonic, Badnik Capsule and Motobug models, animations and textures (as well as the Green Hill Zone assets and all game sound effects) are taken from Sonic Generations and Sonic 1-3 (Drop Dash SFX from Mania), and were created, and are owned by, SEGA and Sonic Team.

Reactions: Liam_Overbeck
Sonic Islands reminds me of Sonic Lost World a lot, but with more improvements! The "momentum" is something that has been missing in some modern Sonic games ( a lot of people have said that already).I really like the concept, world design, but I found the wall technnique annoying and I think the spin dash should be a little bit more faster and instead of just crouch with the left mouse and space, it can be with just one input/button. Also, maybe ( just maybe) the animals collection should not be something so mandatory to continue the stage, but that is my personal experience and point of view.
Really looking for this project in the future!
Reactions: Liam_Overbeck
L
Luizmg59
how i transform to super sonic
I could tell just from the start of the preview that a lot of care was put into this!
Reactions: Liam_Overbeck
Read more…

Any chance of a Linux or macOS build?

Sslaxx said:
Any chance of a Linux or macOS build?
Click to expand...

Sorry! Yeah, I'll get to that now. Have to download the files for mac and linux exporting, but I'll get them uploaded as soon as.
where is the yellow emerald? I can't find it anywhere, and i've been searching for about 2 hours
idk why but when i try to download it.. it wont open

mork said:
where is the yellow emerald? I can't find it anywhere, and i've been searching for about 2 hours
Click to expand...

I'm glad the game kept you playing for that long! Unfortunately I couldnt get the ring dash finished in time, though the yellow emerald will be added in later releases.

BlackSaiyan41 said:
idk why but when i try to download it.. it wont open
Click to expand...

A few people have had this problem, I'm not sure why it's being so finnicky. Have you tried winrar? That seems to work for some
Love it. Spent a good couple of hours just exploring the level. My only complaint is that it's super short, but this would make an amazing game if this level design was applied to more world space. Only wish SEGA made 3D sonic games this fun.

EDIT: Quick Note, the game does not properly lock the mouse cursor to the game window, people with multiple monitors will need Cursor Lock.

For the developer, make sure to set the Cursor.lockState to either Confined or Locked. I'd advise putting it to locked in gameplay, and none in menus.

Zastier said:
Love it. Spent a good couple of hours just exploring the level. My only complaint is that it's super short, but this would make an amazing game if this level design was applied to more world space. Only wish SEGA made 3D sonic games this fun.

EDIT: Quick Note, the game does not properly lock the mouse cursor to the game window, people with multiple monitors will need Cursor Lock.

For the developer, make sure to set the Cursor.lockState to either Confined or Locked. I'd advise putting it to locked in gameplay, and none in menus.
Click to expand...

Thanks for giving it your time! I'm dissapointed with how little I managed to get done this demo, but the fact you had fun is awesome to hear.

Also about the cursor, it actually is set to Locked during gameplay, and Confined during pause, and works on my end, though if it's still not locking for you then I'll have to see what's up with that.

This is pretty much the first round of playtesting on multiple machines, so hopefully a lot of tweaks like that will be made going forward

BlackSaiyan41 said:
idk why but when i try to download it.. it wont open
Click to expand...

yeah, even my friend his having trouble extracting with Winrar
Besides a few performance issues, this is absolutely fantastic. It feels like you put Sonic Lost World and GHP Act 2 in a blender, and can I just say... SECONDS PLZ!!!

Finnaly got it working.. :DD amazing yo cant wait untill the next update!!
I really love how you can upgrade the Emeralds
Okay so my review should have been a 4 star... I must have miss clicked. Sorry about that.

Dashaque said:
Okay so my review should have been a 4 star... I must have miss clicked. Sorry about that.
Click to expand...

No worries!
Controls beautifully, however i think the pause menu could do with a "collectables" screen that reminds you of the power-ups you've unlocked.

The secret areas are pretty fun to reach too!
UnityPlayer.dll was not found. Horrible
nvm i extracted it and it worked
The game is great but is there any controller support or is it only keyboard and mouse?

SONIC DUDE said:
The game is great but is there any controller support or is it only keyboard and mouse?
Click to expand...

There is controller support, the controls are on one of the screenshots on the booth page above

There's been some issues with input, though, I've been having some myself, too. I'm going to be using a better input system in a later update. If you can, try with a 360 controller, they seem to work best for now.
Could you please upload a different download, or download mirror? I really want to play this game, but every time I try to open it I can't because of archive issues. :(
:) I managed to play the game. I don't really understand the inclusion of the insta shield. I don't think it's range really helps at all during gameplay. Maybe if the levels were structured differently, but once you get the homing attack I don't see any reason why you would opt for the insta shield instead. It's made redundant.
You must log in or register to reply here.