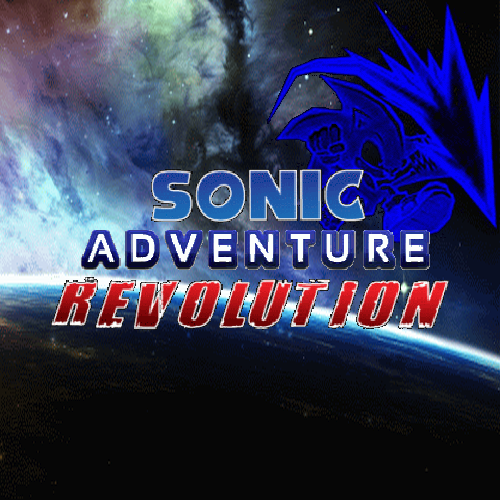 Sonic Adventure: Revolution is a beat'em up game with characters not just from the games, but other canons to, like the Freedom Fighters, and Sonic's siblings from Underground.

Once you choose a character, you're taken to a map where you can choose any stage and getting to fighting robots. There's 3D gameplay where you move in all directions, 2D where you only move left to right and can jump up platforms and back down by holding down and pressing attack, also hitting enemies under you. There's also mach speed sections, derived from Sonic 06 where you fight while contentiously running at high speed, and the new flight sections exclusive to the Campaign 2, same as mach speed, but on extreme gear. There's a bit more info in the how to play txt file included with the game.

Hidden within some stages are secret characters that help you during the stage they're featured in, such as Battletoads, Swat Kats, Ninja Turtles, Earthworm Jim, Klonoa, and more. Beat the stage they are in and you'll be taken back to the select screen, while there's no changes to the screen, you'll find the secret characters you fought with will be selectable. If you exit out of the game and go back later, be sure to select load game from the start menu, it loads some of them back as they don't automatically stay unlocked for some reason. Both campaign modes can be selected to load by pressing left or right in this menu.

There's a lot of content here, it's not perfect but I'm trying to improve on things as of late, and will even be going back and redoing older stages. So far this isn't even half of the content I want to add to this game. More updates will come in the future.

Wow Awesome!
Reminds of the old Sonic flash game days. Some of the level design is kind of iffy, and the difficulty changes drastically depending on which character is picked. I also found myself getting stuck on some character selection screen that maybe called in assists? Could definitely use some polish.