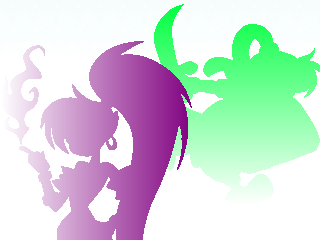 Shantae and Asha: Dream Fantasia is an open-world 2D Platformer that blends action, RPG, puzzle, and adventure elements into one. It is a crossover featuring Asha from the 1994 Sega Genesis classic; Monster World IV and Shantae from the 2002 Game Boy Color classic; Shantae.

It is a brand new adventure that serves as Monster World IV-2, a Shantae crossover, and a crossover of other characters; most notably from the action-platform and RPG genres.

Disclaimer: with the exception of custom content, I do NOT own anything regarding content such as music, sprites, sound effects, or characters. That all belongs to their respective owners and should not be sold in any way, shape, or form!

XBuster
I have fixed the link as of now. The 2018 version was removed long ago and I forgot to update it.
i love you man.. keep going.
Reactions: XBuster

XBuster
Haha! Thank you very much :) I'm glad you enjoyed it and I look forward to releasing the full game in the future.
Read more…

It looks cute and polished from the screenshots. I wish it had more information and pictures. I'll give it a try and come back later.

GuilhermeBMotta said:
It looks cute and polished from the screenshots. I wish it had more information and pictures. I'll give it a try and come back later.
Click to expand...

Thank you very much:) I'll make sure to update the game's information to the best of my ability so all sites know what's up. I look forward to your feedback.
Saving my progress at a save sage takes seven distinct key presses across eighteen seconds, and I think that really sums up my experience with this game. It looks like an immensely impressive work with oodles of content, but it's so buried under complicated menus and cutscenes that my will is too drained to continue. My save file says *50 minutes* and in that time I think I've encountered maybe three enemies, but I know I've tried multiple ways to get the game to accept my control rebindings, exited the game by accident mulitple times by pressing Esc, and spent a long time wandering around a castle in search of two characters and instead finding lots of empty rooms with no clear gameplay purpose. After I've pressed Esc and want to resume my game, I press Enter a bunch of times... until Enter suddenly arbitrarily stops doing anything and I'm supposed to press Z instead. If I want to Continue, I'm told the game won't let me do that, until I've first tracked down my save file which for some reason it doesn't do by default. This all feels less like playing a video game and more like failing a test.

I recognize that some of my confusion stems from having played Shantae but not Monster Hunter. There are lots of moves and menu systems that I should be familiar with, rather than feeling that they're all dumped on me from the beginning with no explanation. But even when I know how to control the characters, it still takes way too much time waiting for a chance to actually play the game so I know if I'm going to enjoy it or not, even though I'm sure I would enjoy the game part of this experience if I could only find it. This is why Shantae games start with action sequences before they start laying out a storyline. I want to save by pressing at most two keys, possibly even zero.
My gripes with the menu mirror those of Violet above me. Sometimes it's Enter, other times it's Z in which case Enter is Back, and I can't make sense of the Options menu. It says the "triggers" are tabs, but my controller isn't recognized at all. I'm sure the game is probably fantastic, but setting it up has been utterly confusing so far.
You must log in or register to reply here.