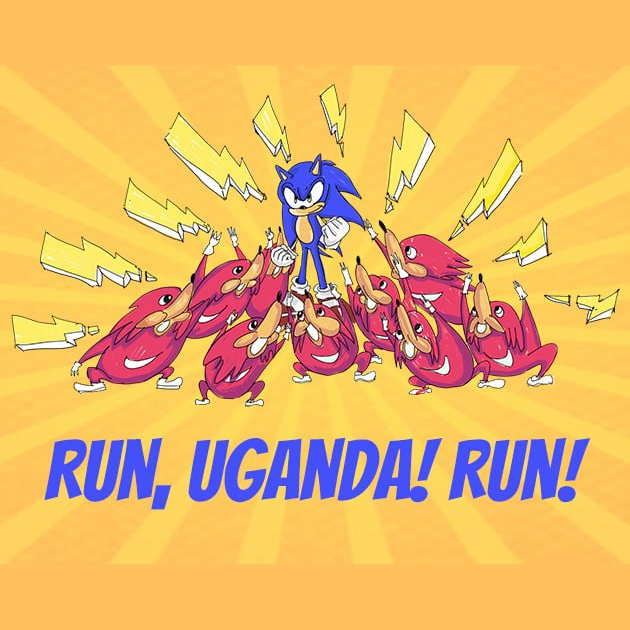 A good small demo. Kind of hard to keep track of all Knuckles', but it's a neat idea! I hope the graphics will improve as time goes on, as it looks basic, but what can you expect from a game based on Uganda Knuckles?
Note: I am not Russian so I do not know if the creator will even understand me.
SAGE 22 - Sonic Fan Game 15 out of 69 - Run, Uganda! Run!
A strange fan game with a good puzzle game concept.

This was a short demo, but I won't be judging it by that.
I should say that I did not understand the story/dialogue(?) at all since I am not Russian. But even then, I managed to get a grasp of the game's mechanics and what I was supposed to do after a try or two.

I can't really say much about the game since I'm not a big puzzle game fan, nor will I judge whether people think the meme is still funny or not. But I can say that I think some people might like this style of puzzles, so maybe if it becomes an original game, people would really like it. Those are just my thoughts though.
Read more…