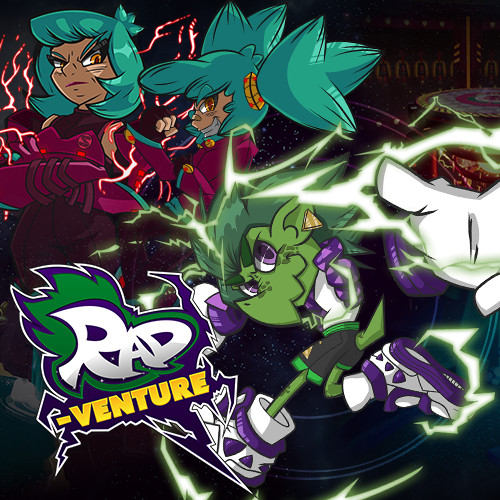 Venture forth and... do community service?!

Taking inspiration from 2000's 3D platformers and Shōnen anime, Rad Venture is an edgy and stylized approach to the indie 3D platformer resurgence. Take control of Rad, an ex-magician's apprentice, on his journey to finish his community service while exploring a huge and magical world.

A rebellious youth named Rad finds himself in a bind with the law and is ordered to capture a mysterious thief with the power to erase magic; the world's life source. Rad is now tasked with tracking down the thief, collecting the powerful McGuffinite crystals, finishing his community service, and fighting the sinister Synergy Sisters.

SICK LEVELS
Explore a variety of locations and settings on your way to completing your community service. Walk from one level to the next with no loading screens or use the Fast-Travel Teleporter Pads to get where you want instantly!

RADICAL ABILITES
Utilize Rad's move-set to the fullest as you chain together sprints, jumps, hovers, and grapples to help you traverse the world Discover collectables, and take on challenges and quests, and unlock new abilities to help you on your adventure.

KICK-ASS BOSSES
Take on the Synergy Sisters, Iris and Lilac, in challenging boss battles! Dodge and counter your way around attacks and look for openings to take down the dangerous duo!

Download the Rad Venture Alpha 0.0.5 Demo! This demo is an in-development build of Rad Venture and includes 4 different levels including:
​
Vistabell: an open hub world containing secrets, collectibles, and quests to complete.
Shiver Swamp: the game's first level and is more of a linear, action stage split into two parts.
Synergy Silo (Heavy WIP): the game's first Boss Gauntlet, a difficult, linear stage that leads to the first boss.
Missile Monarch (BOSS): the first boss battle in the game. Take on Lilac Synergy and her giant battle mech!
Test Room: a tutorial level used to test Rad's abilities and offers a tutorial course and challenge course.

Help support development by joining our Patreon! For just $1/ month, you get behind the scenes content about the development of Rad Venture, including concept art, screenshots, videos, and more! 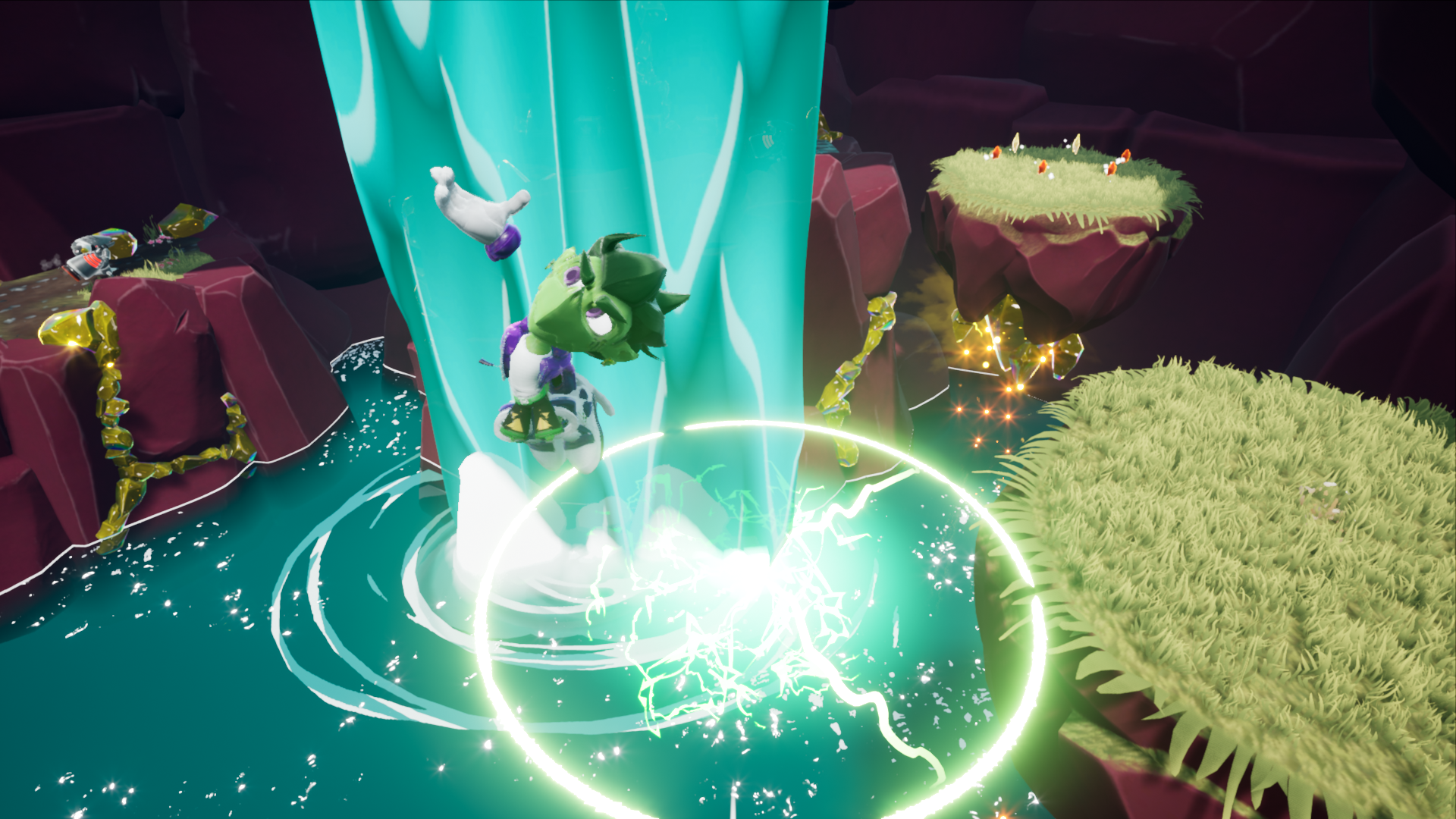 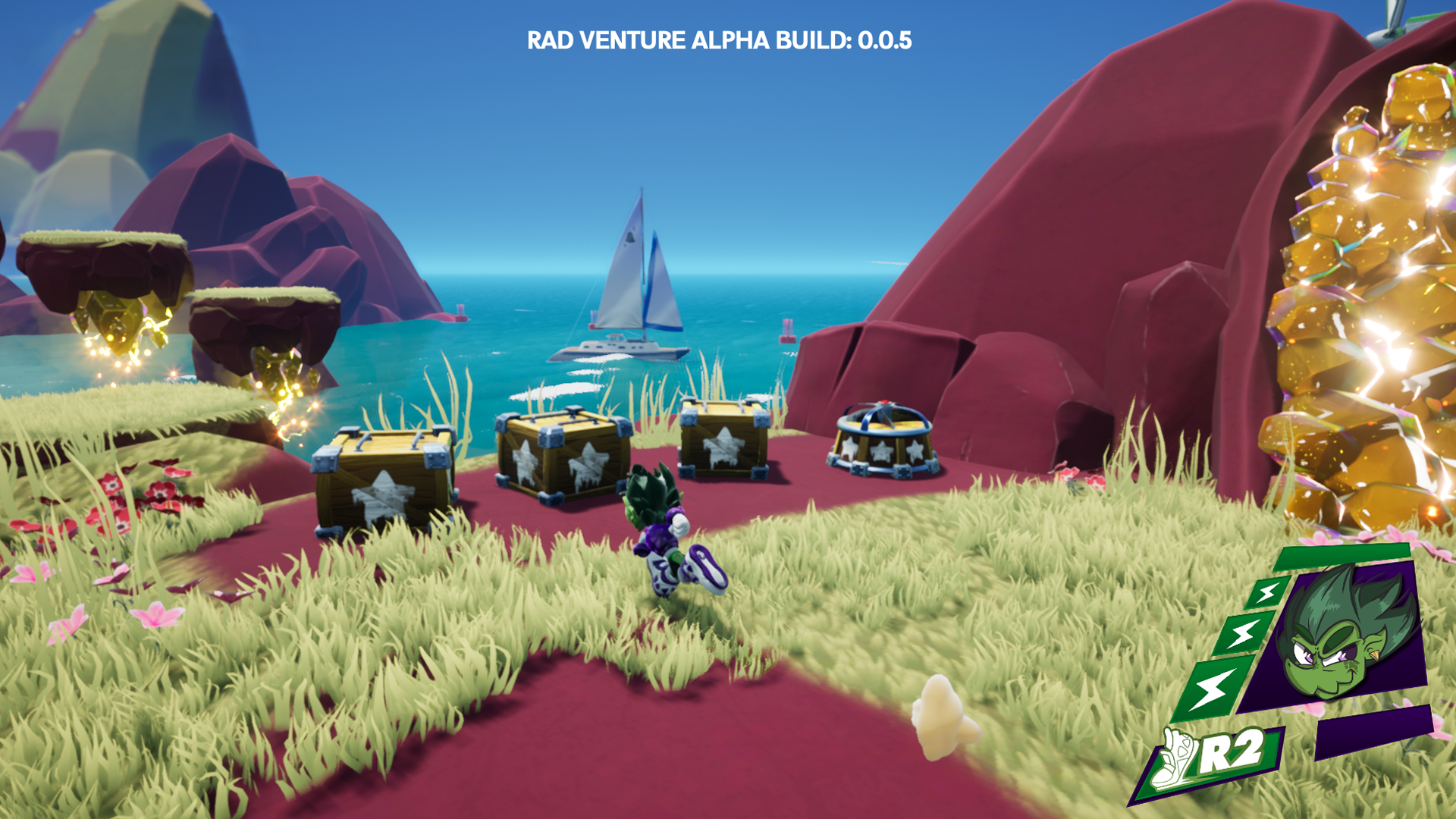 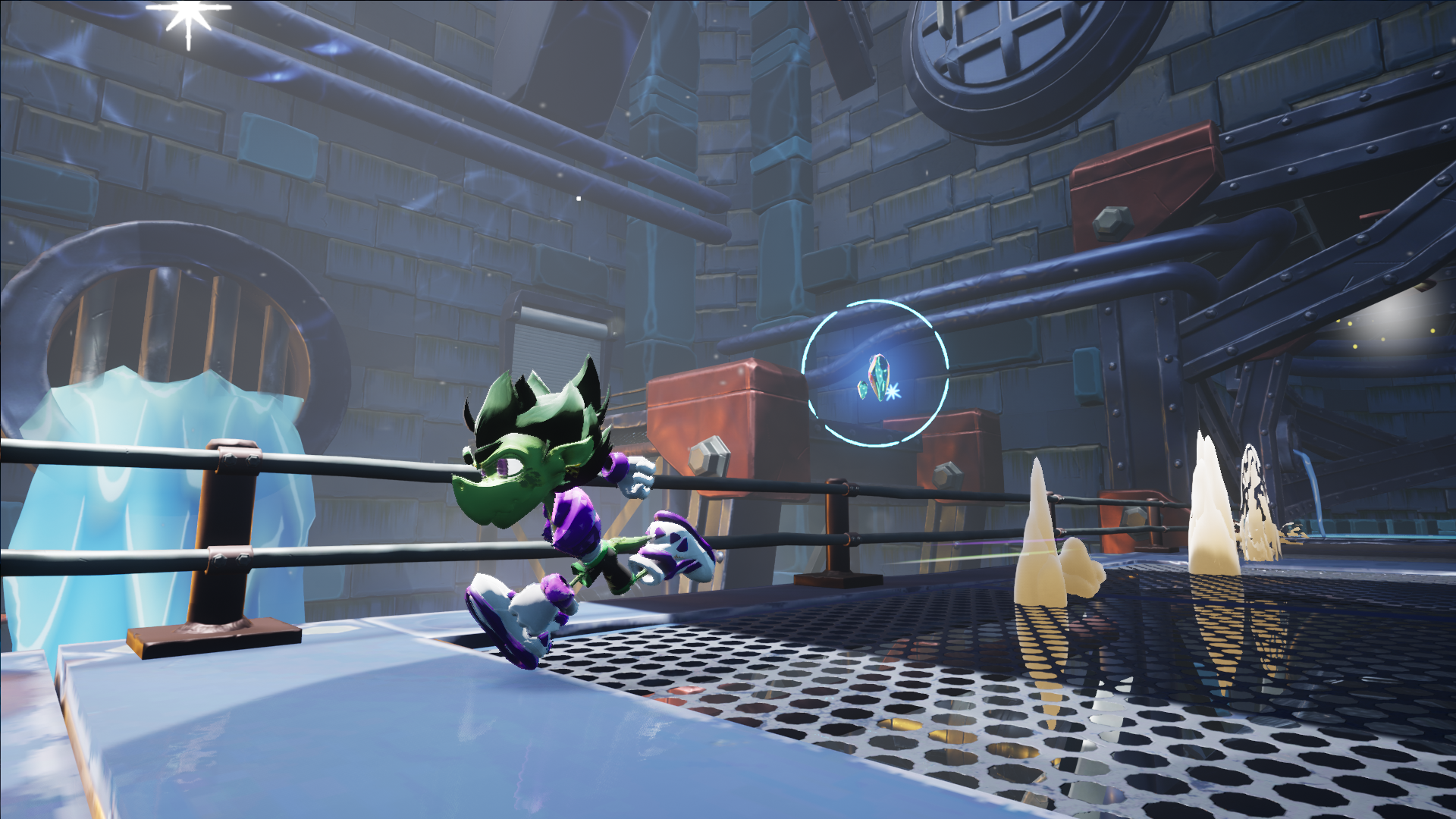 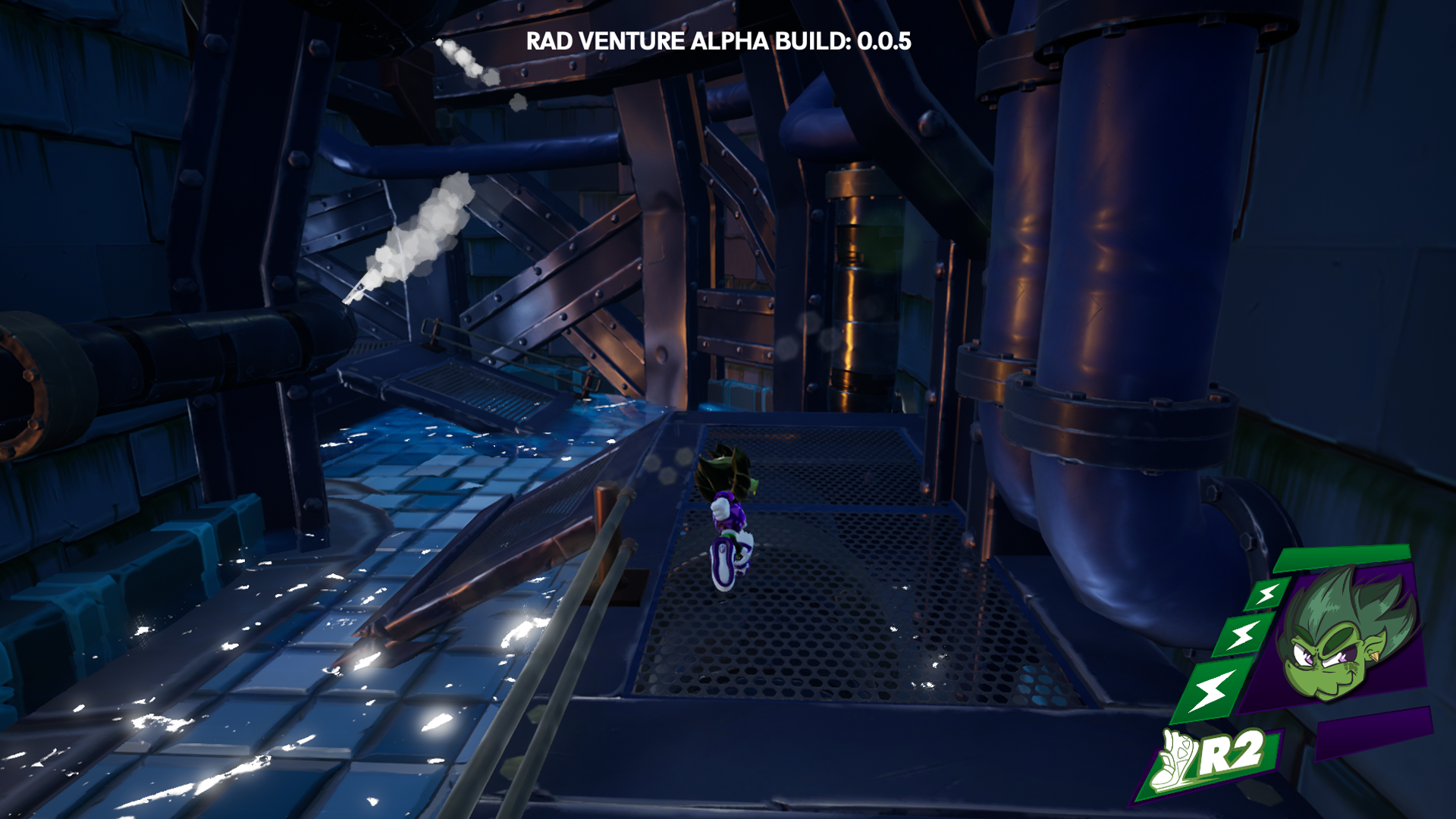 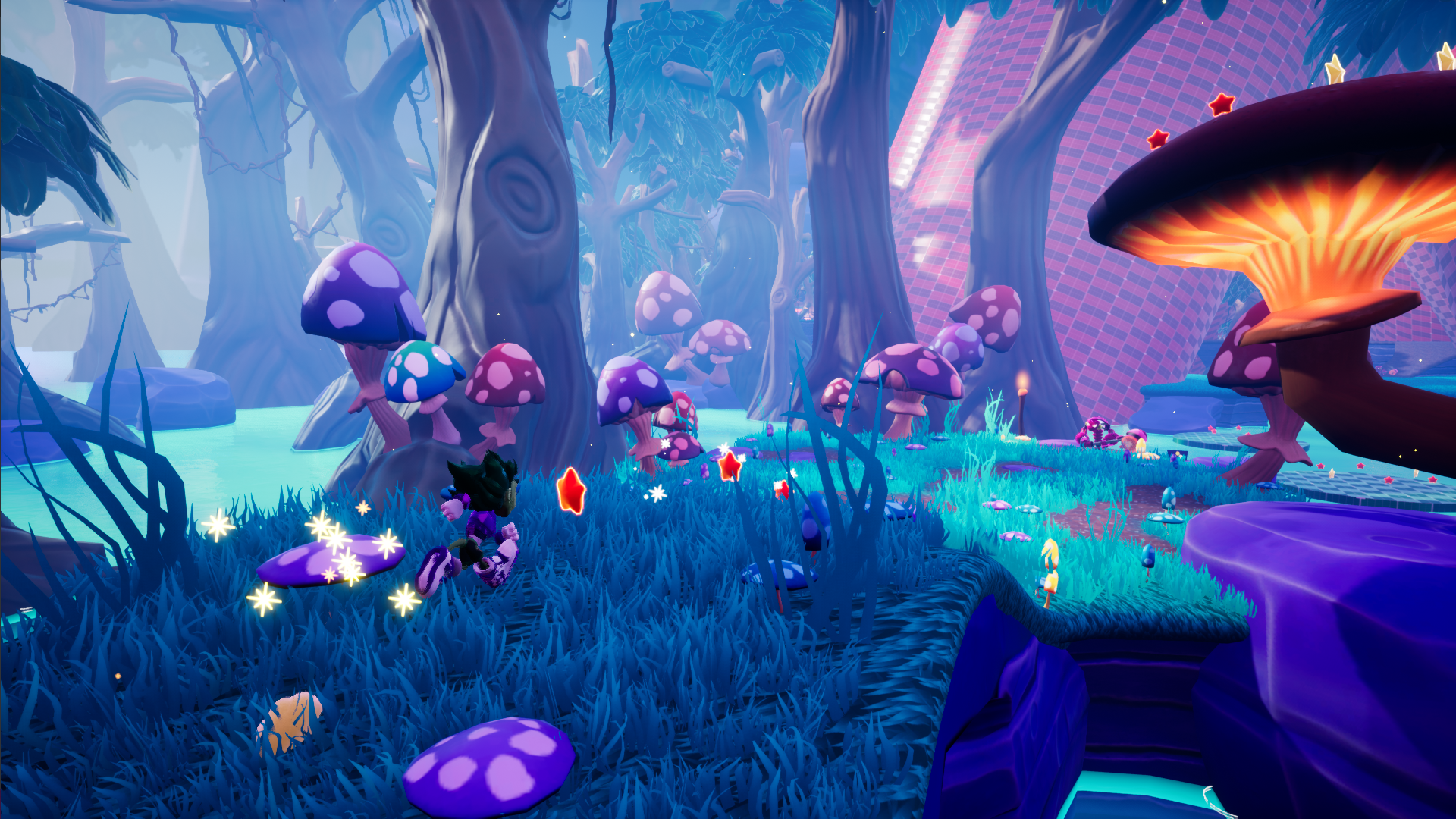 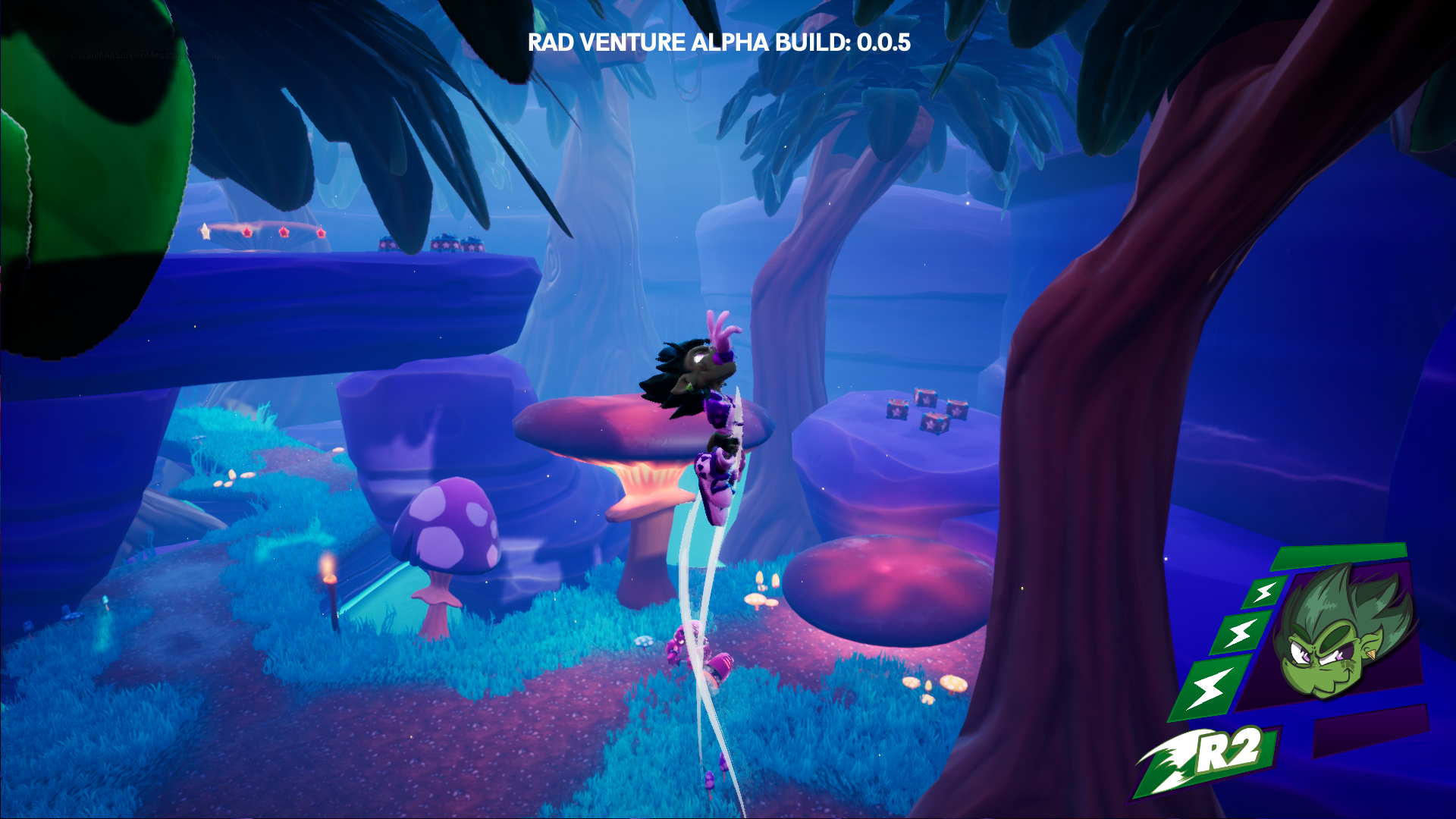 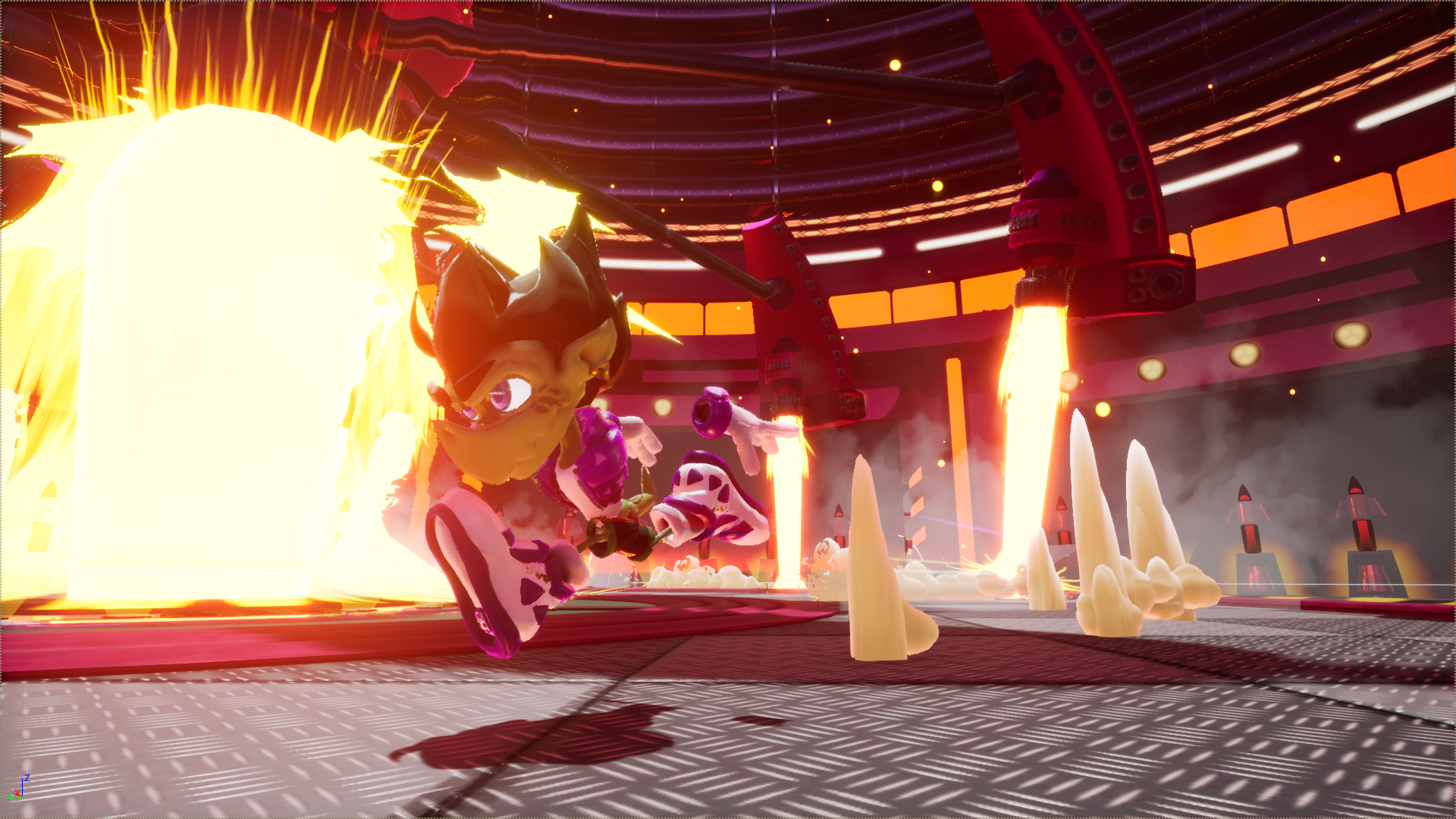 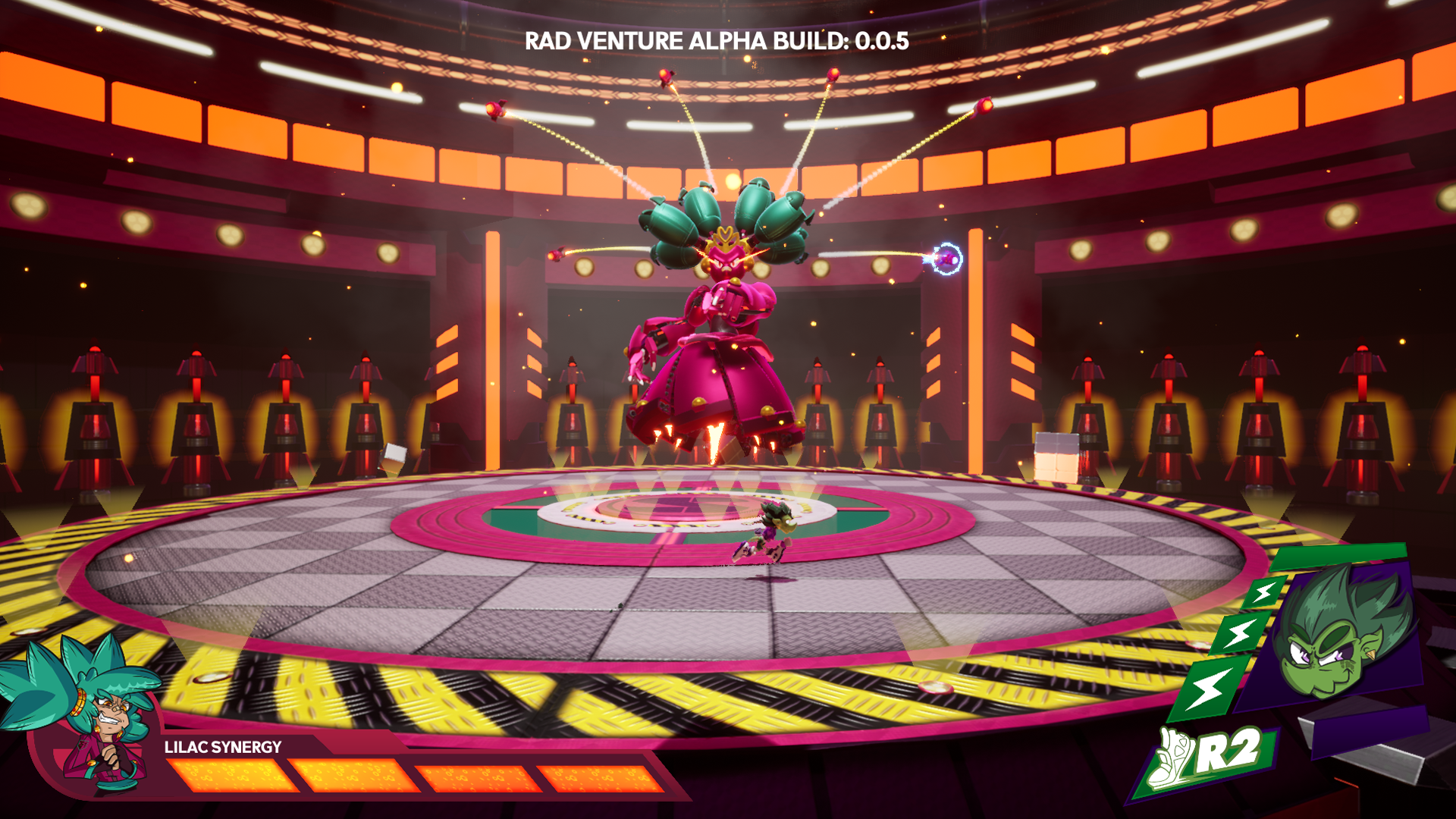 The Nerds who are workin on this:
Rad Venture is a game being developed by Knick-Knack Games LLC. You can find more information at: https://knickknackgames.com/

Also, follow the Rad Venture Twitter for more updates.
Recommended Game Requirements
(These aren't set in stone or super accurate, just kinda from what we saw from playtesters)

One of the crowning jewels of SAGE in all it's glory! The movement feels so polished. The finished environments are as delicious as chocolate ice cream cake. Levels like Shiver Swamp have this fun mixture of greens, blues, and purples, creating a unique forest aesthetic that I've been craving for a while now.

The little things add up; Most games with 2D grass (like in Rad), if you look straight down it looks awkward because the actual ground texture is just a flat green color, but here it's actually painted grass textures, so the grass looks great at any angle! There's only so many NPC's added in but they all stand out and are pretty memorable.

As tasty as this cake is, a few ingredients could be a bit better:

I wish the spin attack didn't have a delay when using it. I find myself having to mash the button thinking "c'mon dude hit 'em!!" and strategically attack a full second ahead of time whenever I wanna land a hit on something.
Also, PC controls aren't shown while using Keyboard + Mouse, it seems like there's only prompts for the gamepad.

During the boss fight, I couldn't figure out if you needed to use the left or right mouse button to send the missiles back so i just mashed them until it worked. I tried using each one individually and for some reason that never worked.

This is a pretty great fast 3D platforming feeling!

I couldn't find a keyboard input for fast travel.
You must log in or register to reply here.