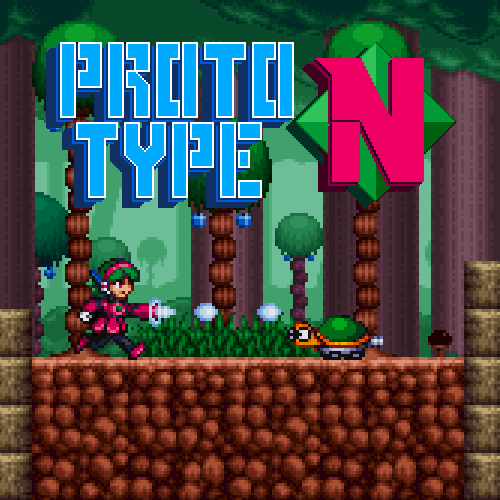 NOTE: THIS IS THE 2021 DEMO OF PROTOTYPE N. IF YOU'RE LOOKING FOR THE LATEST VERSION, VISIT THE SAGE 2022 BOOTH ON SAGEXPO.ORG 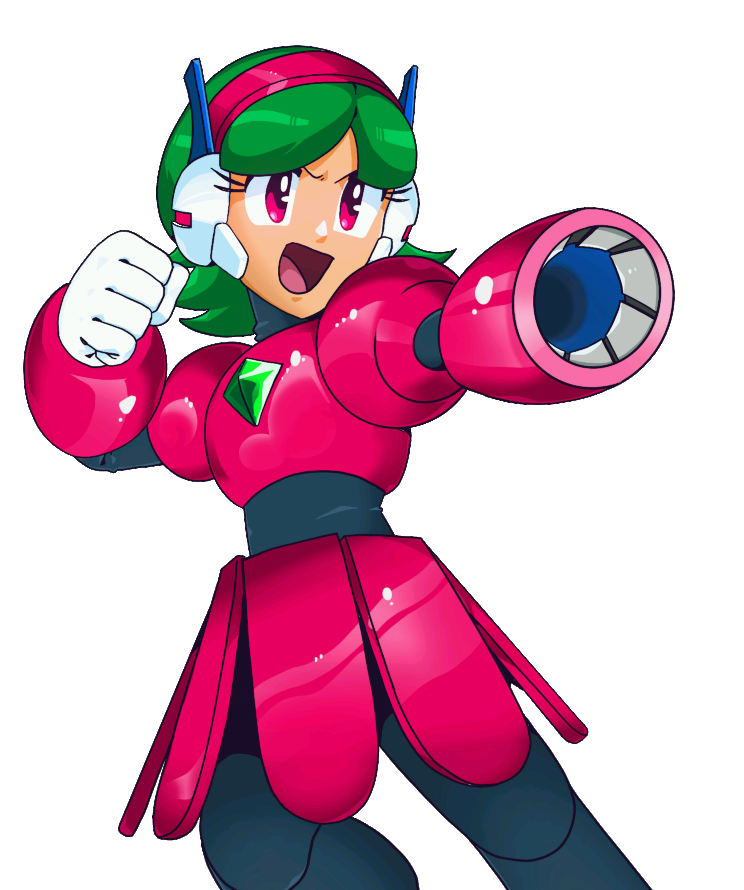 ​
What's New?!
This brand new update features several polishes and some new game content! This includes Abandoned Mines Round 1 & 2 as the new level coupled with weapon rebalancing, gameplay polishes and even nicer looking visuals for some levels!

Destructive robots are running rampant across the world! Nadine, an incomplete prototype robot of unknown origin, fights to save the world while searching for her creator.

Prototype N is a 2D shooting platformer. The player advances through stages of tricky platforming, collecting gems, new weapons and other items along the way!

The player is always equipped with their default weapon, the Plasma Blaster, but new sub weapons can be found scattered across the stages. They each have their own unique properities and interact with enemies and the environment in different ways. Try them out!

There are five action-packed levels available in the new SAGExpo demo, including 2 new ones from Abandoned Mines!

In this demo, there are a total of five unique Sub Weapons and one main weapon! You can only carry up to two Sub Weapons at a time and all Sub Weapons share the same ammo.

Plasma Blaster
It does nothing special as its the weakest weapon as its damage output is low and its range is a bit on the short side. However it can be fired rapidly making up for its weak output and its usage is infinite!

Remote Missile
This powerful weapon can bust open tougher things such as steel boxes! However, it cannot pierce through enemy shields and its movement is a bit on the slow side. One of its best features is the ability to guide it vertically as it endlessly propels forward.

Cluster Bomb
As the name suggests, Cluster Bombs explodes into a cluster of smaller bombs upon impact. Both it and its smaller bombs can pierce through enemy shields, including seemingly "indestructable" enemies. It's main weakness is the slightly difficult aim and a higher ammo consumption.

Flame Cannon
This rapid firing flamethrower can tear down enemies fast, but its ammo consumption is a bit on the quick side. What other uses could it have?

Twin Lasers
A weapon that always moves diagonally. They can do a clean constant hit through enemies and bounce all over the room. They dissipate after a few bounces.

Bolt Strike
A weapon with a very high ammo consumption. It creates screen-killing lighting strikes when it's launched into the air. Because of it's power, it's rare and can only be found in a few places.

What a delightful game this was.

When I looked at the previews shown on this page I was expecting a very Mega Man feeling game and, while it does have some Mega Man vibes it really felt like its own thing.

This game has such a strong Genesis era vibe to in the best possible way with how well everything works together. The music is very pleasant and enjoyable, the sound effects are very fitting and not overly intrusive or jarring, the graphics have a real "finished game" vibe to them that the previews do not do justice. I seriously think that everyone should give this demo a play just to appreciate how well down every aspect of it is!

Needless to say, everyone on the team who made this should be absolutely proud because this demo is AMAZING and I would highly urge everyone to give it a try.

The only negative criticism I can give is the lack of information on where someone can follow this project past SAGE such as a Twitter, Discord, etc. Perhaps it's somewhere and I just don't see it as this is my first time visiting a SAGE event but I will say that this is absolutely a game I would follow and support and I look forward to seeing where this game goes in the future!

Arrietty
My twitter is @qqnosh if you wanna follow for more stuff on the game in the future!

Thanks for the review!

Byucknah The Red
Sweet, thanks you for the twitter info! This project is very impressive and well done and I am excited to see what comes in the future! Really fun game.
Read more…

I can't remember if I've played past Prototype N demo/s, but this seems quite nice! Graphically everything is easy to read/distinguish as wall, background, collectible, enemy, and so on. The weapon switching system is largely intuitive and I'm glad that the basic blaster lets me hold down the fire key. The level designs are nice and playable, and the secrets are just out of the way enough that I can feel smart finding them and getting all the numbered doodads. I do worry that the basic blaster is too good, though. The levels are very horizontal, the enemies are pretty passive, and the gameplay isn't incredibly fast, and all that means there aren't a lot of situations where I think to use anything else, other than obvious locks like missile-to-open-box, fire-to-remove-rock-barrier. There are enough other fun things going on in the game that this isn't a dealbreaker, but it's still a place where I think there's room for growth, whether that involve weakening the blaster, strengthening the other weapons, or messing with those other things I mentioned that make the blaster feel so strong. Certainly these levels have some vertical paths, for example, more than a lot of platformers exhibit, and that's a good design area to explore.
You must log in or register to reply here.