​
I've been working on this fangame in Clickteam Fusion 2.5 for 8 years. It's been a labor of love as a big fan of Mario RPGs.
I am only halfway done with the story, but have decided to release the first half now as Part 1.
I hope the second half will come sooner than 8 years! 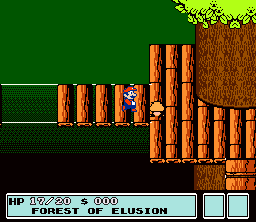 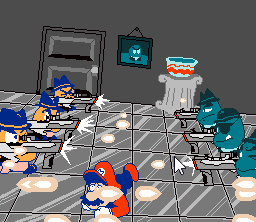 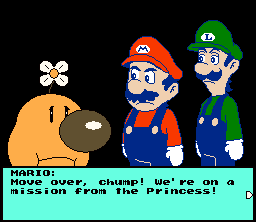 The Jubilee nears! Every 25 years, a celebration is held across the Mushroom Kingdom to mark its anniversary. It is a month of parades and parties across the entire Kingdom, with many visitors from neighboring lands. The last Jubilee was hosted by the beloved and late King Toadstool Gus. This year marks the 500th anniversary and is being hosted by his daughter, Princess Toadstool Peach.

Preparations are underway to kick off the festivities, but some unfortunate setbacks have occurred and threaten to derail the celebration! With no time to spare, and thousands of other details to nail down, Princess Peach looks for help from her most capable friends and handymen, the Mario Brothers! The show must go on, as they say, and it's up to Mario and Luigi to make sure it does without a hitch.

It is during the Jubilee that a shocking revelation about the history of the Toadstool Family comes about...
Click to expand...

Features
• Visual and Audio Style inspired by the NES
• Top-down gameplay and exploration
• Ability to switch between Mario & Luigi
• Princess Peach is playable
• A variety of gameplay styles, such as: Action-RPG, MiniGames, Court Visual Novel

Game will automatically switch the control scheme to a joypad if detected.

Keyboard controls can be changed in-game.
The Clickteam engine does not allow for remapping/customizing of joypad controls. Because of this, joypad controls are locked to whichever buttons the hardware identifies as Buttons 1,2,3, and 4.

Please see the attached file, or one of these alternate links:

Game Jolt - Games for the love of it

this is a web for sonic fangames not for mario fangames

marito said:
this is a web for sonic fangames not for mario fangames
Click to expand...

hehe
You must log in or register to reply here.