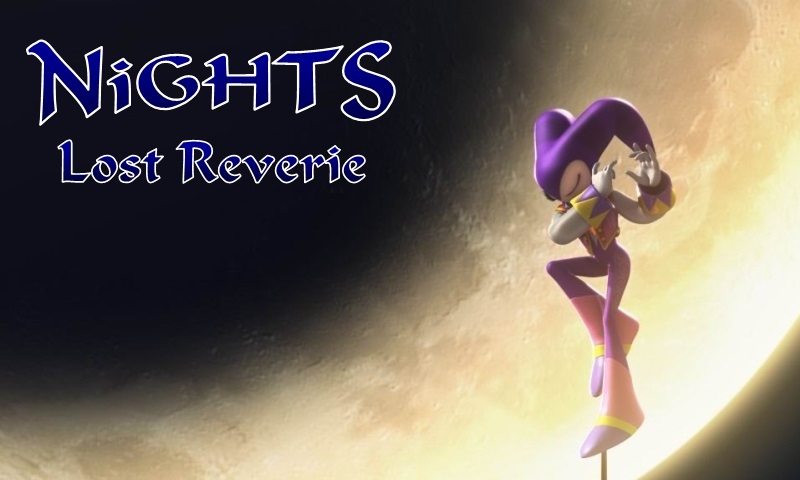 NiGHTS Lost Reverie is a fangame that tries to replicate the gameplay and mechanics of the Saturn game NiGHTS into dreams.

Your goal is to obtain 4 Ideya (colored orbs) and bring them to the Palace where you start. To obtain an Ideya, collect 20 Blue Chips and enter the Ideya Capture (large floating sphere). There are 4 courses per level, with one Ideya Capture per course. The next course starts when you bring the Ideya to the Palace.

The level ends when all 4 courses are completed. There are 3 levels.

NiGHTS Christmas Reverie is a bonus game based on NiGHTS Lost Reverie and inspired by Christmas NiGHTS into dreams. It has only one level but many different gameplay modes, including 2-player modes and a Sonic mode. Moreover, if you play during December, you'll get special Christmas-themed visuals.

Both fangames were originally released in 2010.