When I was just 7 years old, I wrote a book titled "Mr Rex Survives the Comet". I don't have the book anymore but basically it was a story about some T-Rex surviving the mass cretaceous extinct event by escaping in a Rocket.
Since then I've expanded the ideas of Mr Rex into a Sci-fi, Dystopian, Comedy, Anime Inspired thing!

In 2015 I made The Mr Rex Anime called "The Zealous Adventure of Mr Rex"! Over the course of 3-5 years I made 2 spectacular Episodes. It took ages though, I was never going to realistically finish this project at 1 Episode every 1.5-ish years.
I wanted to make an Anime AND a Game! So guess what I did...

Welcome to Mr Rex's Zealous Adventure!
I hope you enjoy my sense of humour, relate to my characters and derive enjoyment from this game.
Let me know if you find bugs, typos or other weirdness! :)

The Game
Land on the planet...
run around at 200 MPH in this fast paced, 360 degree momentum based platformer then launch to Mach 2 in a bullet hell shmup seamlessly taking fight to the flight! Obliterate the adversity with Mr Rex's mane frame super weapon and battle other bizarre mane frame users.
Immerse yourself in the epic story and cutscenes or speed run the game at full speed with no fluff! The control is all yours

The Story
65 millions years ago on the "ASR Mothership", Mr Rex is a T-Rex who receives a message from the past to 'Find the Truth'. He meets a time travelling raptor, a psychic and a gang of T-Rex space mercenaries. They head out on a zealous space adventure, they gradually uncover the most evil inter-galactic conspiracy and shoot to retake the galactic thrown from satanic aliens.

About the Developer
I'm DynoStorm, I'm a British Indie Games Developer and Animator. I've been working on this game solo and typically like to do everything myself.
Thanks for Playing Mr Rex's Zealous Adventure, If you'd like to financially support me, I'm on Patreon and Ko-fi!
However the BEST way to support me and get something for yourself is to Buy my Music!
Check out my Music on Bandcamp! 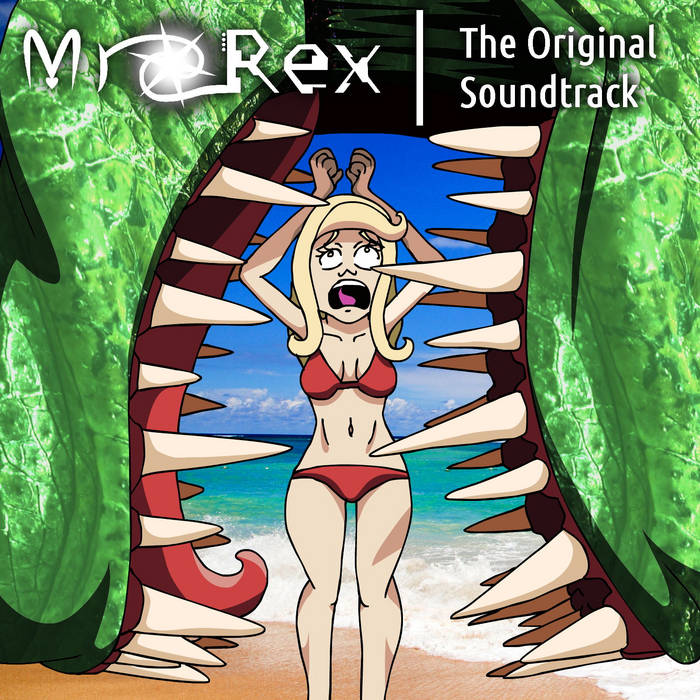 CHECK OUT THE OST (also work in progress)! I've made it a FREE DOWNLOAD for now!
Get it while it doesn't have a price tag on Bandcamp! (The Album Art is also temporary)

Developer's Notes
This year I've moved from Game Maker 1 to Game Maker 2. I had to spend a lot of time fixing new bugs, I also used this opportunity to go back and improve the previous levels before moving onto the next ones (basically the old episodes were unfinished, there just one cutscene missing from Ep2 involving the AXIS CANNON). Once I'm fully caught up, I'm hoping to 100% finish an episode with minimal follow up and just go episode to episode until we reach the end of the game! Now I'm in GMS2, development is WAY faster and GMLive really helps! I'm very excited to continue this project and this time I'd like to see it through to the end!
Episode 4 can be quite laggy at times, the profiler in GMS2 is great! I'm definitely going to use that more to get as much performance out of Mr Rex as I can. Once I reach Episode 8-11, I recon that's when I'll start thinking about voice acting. I'd like to have Dubs and Subs thing going on. That'll be fun. For now though I'll keep chipping away at the game as is.

I'd also like to include cool animation segments for cooler cutscenes that are better said in visuals than words.

Mr Rex in flight avoiding missiles and lasers, then using his mane frame "Skylight" to rush an offscreen enemy.

Melisa jumping off a cliff to escape Bruce, Garrison/Garry catches her and activates his mane frame "Terror Eggy".

System Requirements
A decent windows PC/Laptop with a 1080p screen, 4GB of RAM and i5 processor (ideally better than this). The game will be further optimized as development continues.