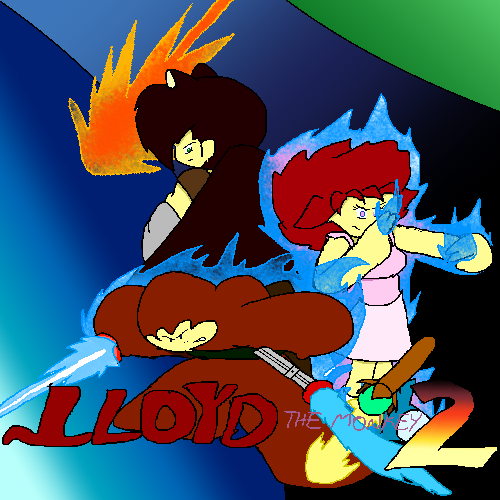 One year has passed since the heroic monkey Lloyd defeated the Titan Kronos at Chernobyl, but evil never truly dies. With Kronos amassing a new army of dark gorillas and putting the universe at risk, Lloyd is forced to team up with the alien princess Lura as she reawakens her magical powers. The two heroes will have to overcome many dangers in order to save the people they love, but with new Titans to battle and former allies gone, how will this ragtag team escape the clutches of extinction?

Play as Lloyd the monkey swordsman and Lura with her projectile-based combat, alternating between the two with the push of a button as they explore an exotic world and battle five dangerous boss characters across a twelve-level campaign. With unlockable abilities, optional levels and non-linear progression, Lloyd the Monkey 2 is an adventure that will bring you back for more!

Buy the full game at these links:

This demo version of Lloyd the Monkey 2 features three main stages, two towns and one side stage. In addition, all of the cutscenes in this demo (and the full game) are fully voiced in English

A Japanese text translation is available at the title screen.

I like the ambition in this one, but it's really rough around the edges. Sometimes the game puts you at the mercy of physics engine and you have to pray that nothing flips over. The controls are kinda loose, too, and I'm not confident in my ability to control Lloyd, especially with wall-jumping. I do love the world building and characters, though. Combining Donkey Kong Country and Mega Man X wasn't something I ever considered, but it sure is neat.
You must log in or register to reply here.