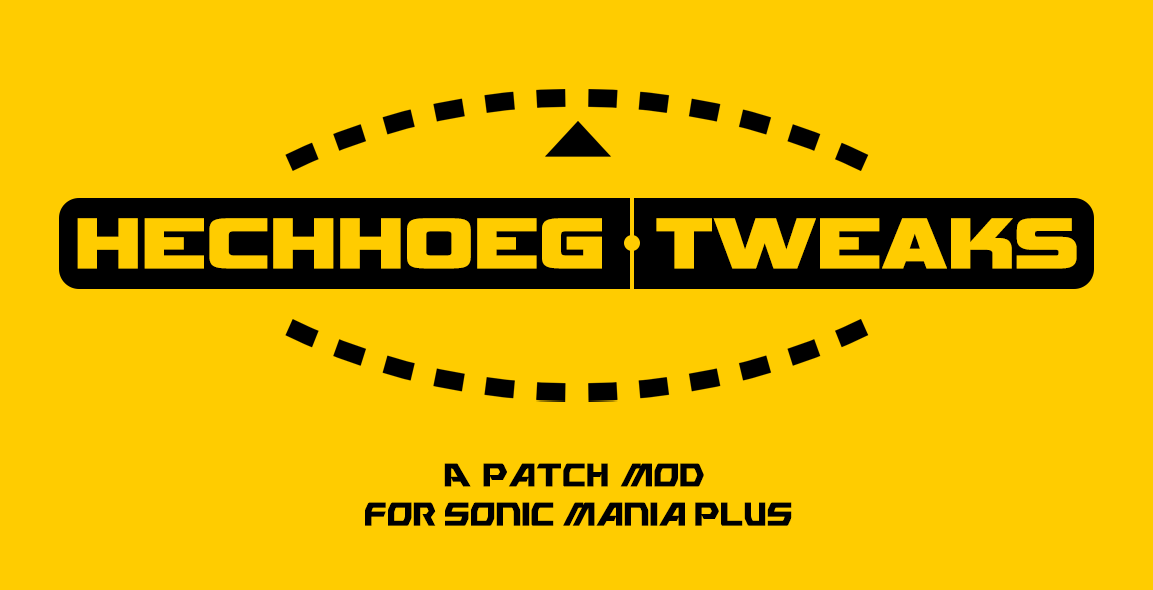 Hechhoeg Tweaks is a tiny mod for Sonic Mania that fixes a couple of oddities introduced by Mania Plus, which never received a patch.

​
Fixes in the mod include, but are not limited to:
I've also made an extra version of the mod with one extra bonus - it adds back in the giant chain found in the files of Lava Reef Zone! Whether this is accurate to the developer's intent or not, I'm not 100% sure, but it's there as a separate version of the mod for those who want it.

There are other mods that aren't included in the files of this mod, but are highly recommended to be used alongside it:
The scope of this mod is mostly on stuff that can be fixed through palette, sprite or level editing - as I'm not exactly a coder.
Reactions: SuperSonic16 and Valeev
Share:
Reddit Pinterest Tumblr WhatsApp Email Link