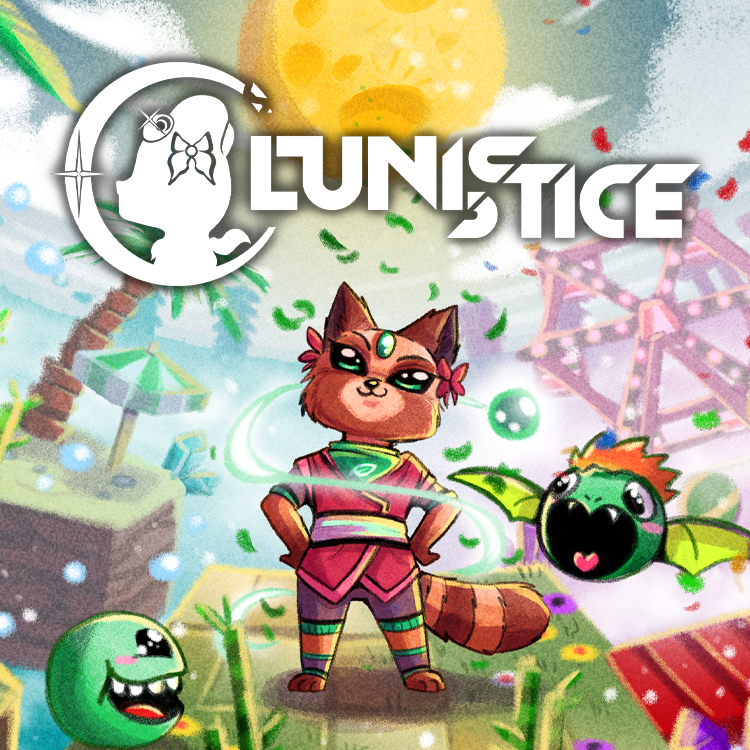 Before you download, a little warning - this game was made in a self-imposed challenge to create a commercially viable game in only 30 days.
The goal was still to make a fun game in the end, with polished gameplay, but - you know - still expect some jank and not a TON of playtime!
Eversleep? More like Nosleepforthedeveloper, am I right, hahaha (help).

But what is Eversleep?
Now that's a good question! Eversleep: Lunistice Gaiden is a 3D Platformer created with simple but fun gameplay and a cute PS1/SEGA Saturn inspired artstyle in mind. Take the role of Hana the Tanuki and jump and fight through her dreams! What secrets await her on the moon - her final destination?
Eversleep features a retro look heavily inspired by early 90s 3D graphics with bouncy enemies and a fluffy heroine.
QU5EIEFUVEVOVElWRSBQTEFZRVJTIE1JR0hUIEZJTkQgT1VUIE1PUkUgQUJPVVQgVEhFIExVTklTVElDRQ==

"SWITCH WHEN?"
Probably around the same time as the PC version, actually!

"WISHLIST WHERE?"
There you go! Wishlisting the game helps out a TON! So thanks a bunch!

PS1 platforming at its best!

-your model A-poses in the bubble. Maybe it could rotate vertically like it's being spun, or a swimming idle animation?
-I collected all the letters from the stages, die once and I get a D rank, could you make it clear in an update how to get higher ranks?
-some background props could use some animation to breath life into a stage. for example, adding wind to the tress and parasols.
-stage names end in .nfv, I assume they're placeholder names or simulations in the story mode

Overall, this project looks very promising, keep up the great work!
Reactions: AGrumpyFox
Eversleep is a smooth small 3d platformer. Gameplay is challenging but not too difficult, Graphics are cute, Music is such a banger. All in all a fun game

Reactions: AGrumpyFox
It is already a ton of fun! The levels look great, and the gameplay just feels good. You can either run thru as fast as possible to get an S rating or focus on getting all the collectables and secrets. Or both, because either way will be an entertaining challenge since each stage has its own gimmick. The cam felt be a bit weird to controll in the beginning, but I got used to it fast and it actually helps me when I try to speedrun the levels.
I am really looking forward to the full game!
Reactions: AGrumpyFox
Read more…

Ahhh, thank you so much!
When the sounds in the menu are sus
this is pretty good. i like it.
Simple and good. I wish checkpoints could be re-activated so that I could avoid losing a letter while trying to get another letter.
Was sad to reach the end of the demo! Got 100% completion and A+ on all 3 available acts. The game's on my Steam wishlist and I'm so so excited for the release! Both the "intended" path with all the cranes and available shortcuts were a lot of fun to run through :)
My only complaint would be no control binding for gamepad (unless there is and the game just isn't picking mine up); I was unable to use mine in this case, but honestly would rather play with KB+M anyways after what I played.
Good luck with finishing up the game!
Hey there! Awesome demo! I loved it. Though, here is some criticism so you can make the game even better:

Overall loved the game a lot! It has a lot of charm and I think its simplistic nature is awesome. Keep it up! Can't wait to play it on Steam or my Switch!