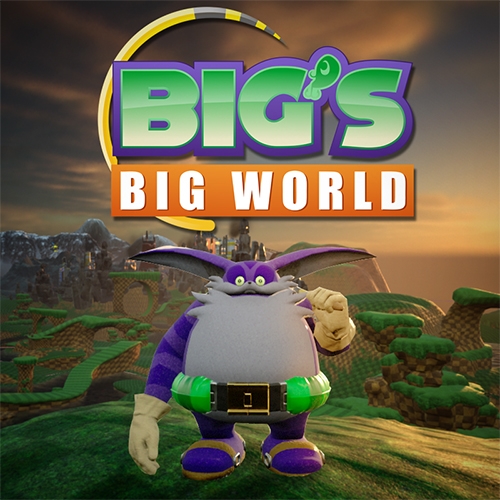 Frooooooggyyyyyyyyyy!
​
Oh no! Where did Froggy go this time? He's lost somewhere out in the big world. Play as Big the Cat and help reunite him with his pollywog pal in this open-world adventure. 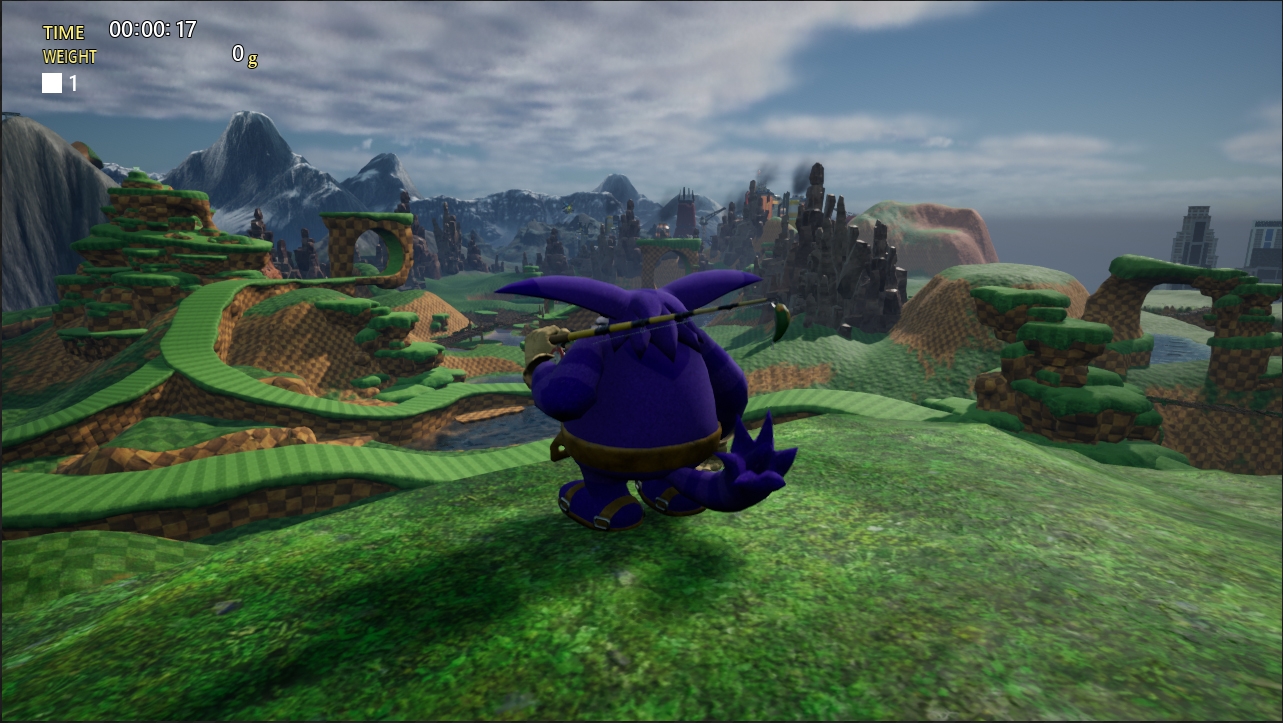 
Instructions​
Upon creating a save file, Froggy will be spawned in a random body of water, whether it's river, lake, ocean, pool, etc. Froggy knows how dangerous the ocean can be though, so he won't swim far out into deep waters.

Most of the same rules from Sonic Adventure apply, with a few exceptions. You can control the camera when your lure is out, and you can cut your line by pressing B or Right Click.

Don't forget to tilt the control stick down to hook fish when they bite your hook. 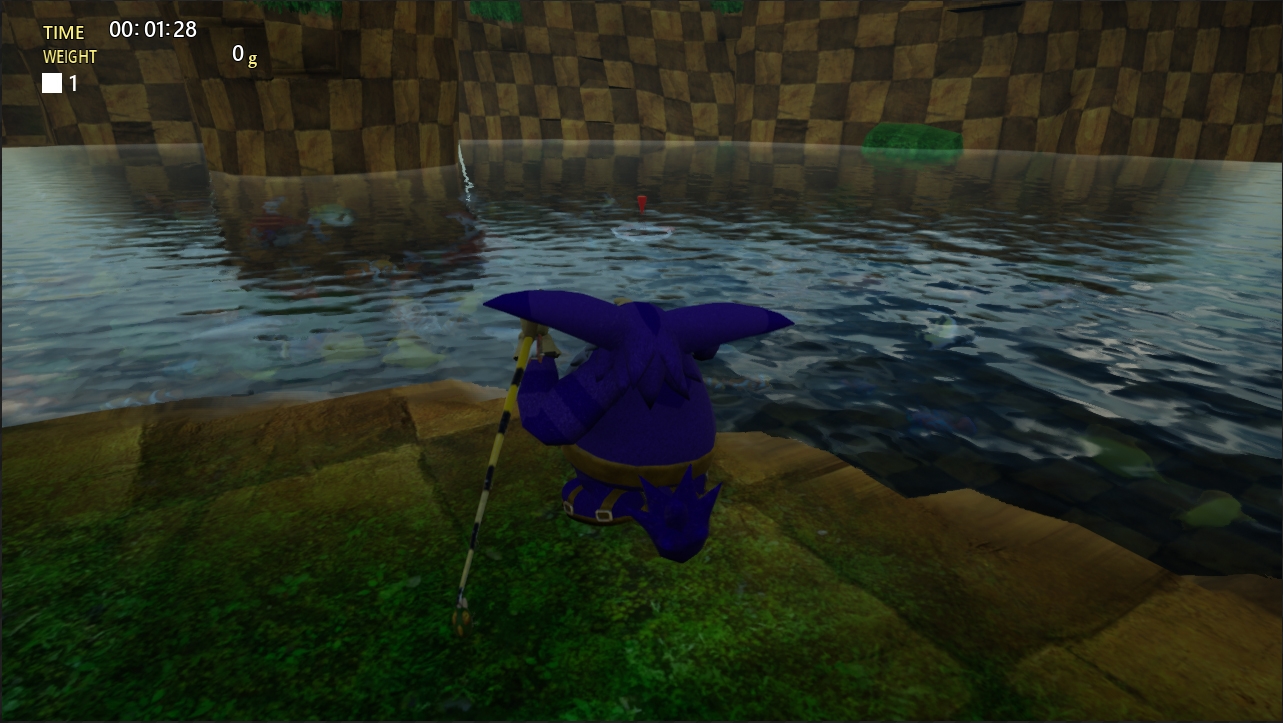 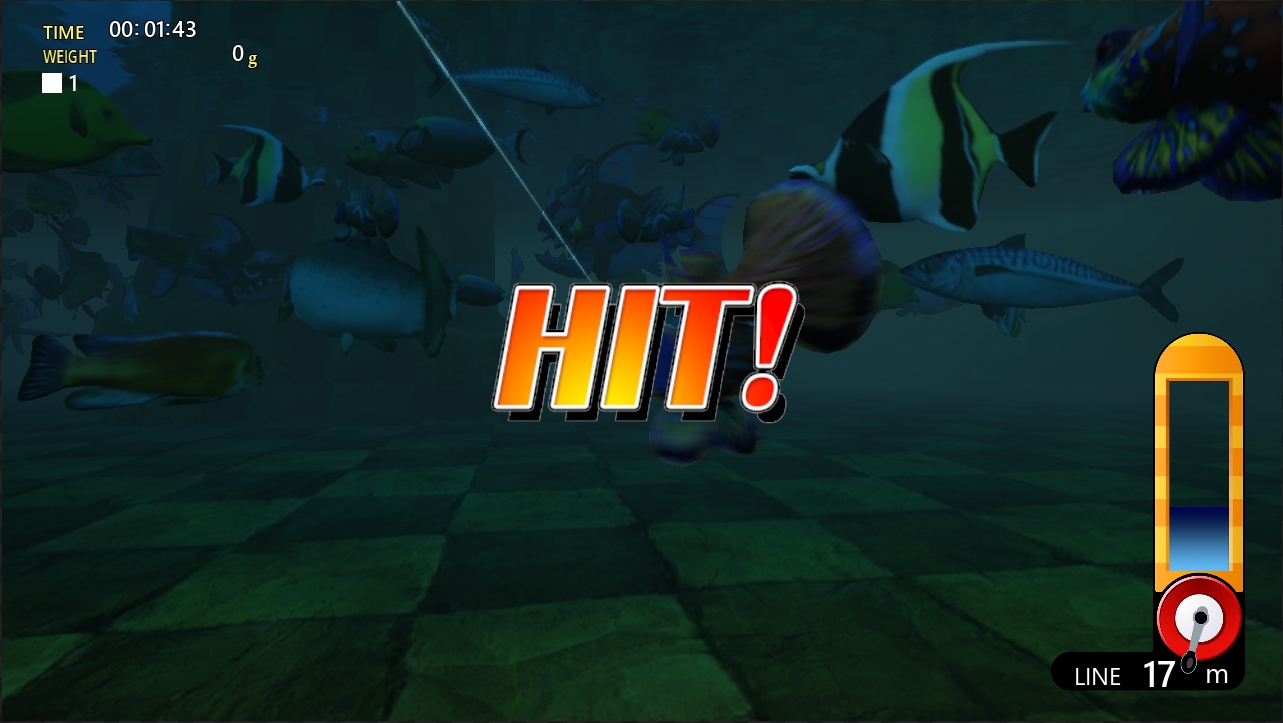 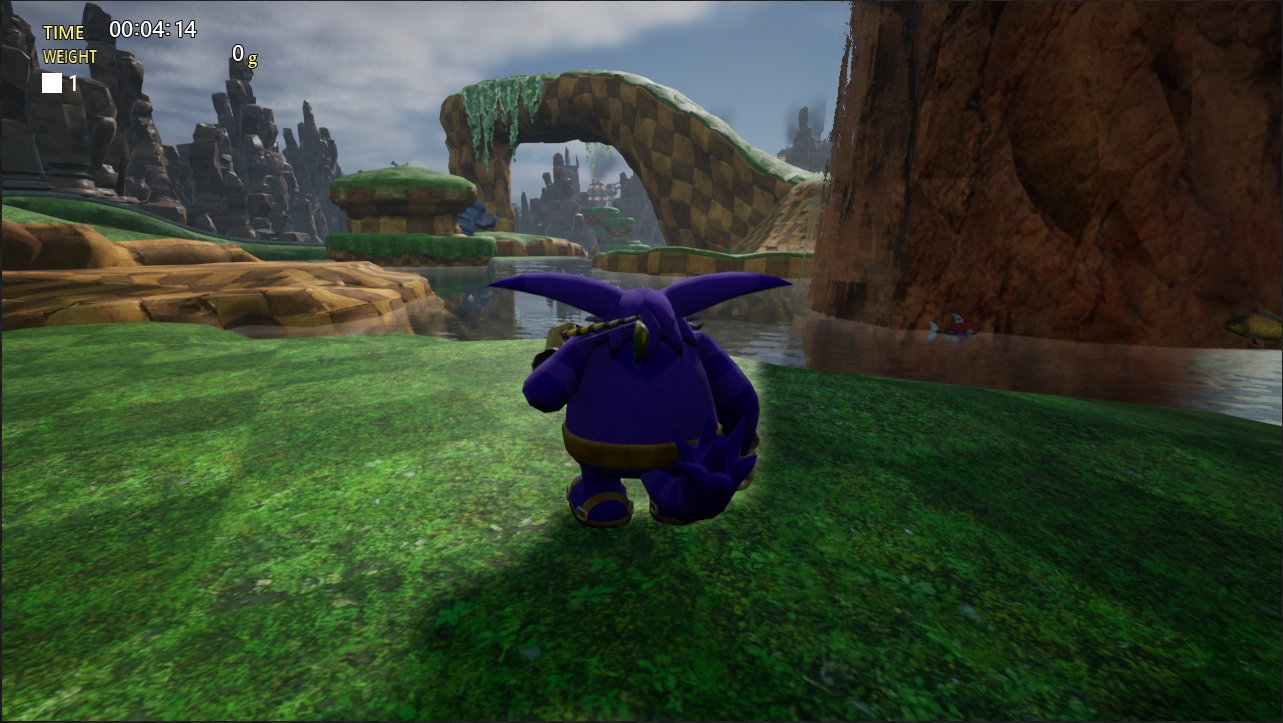 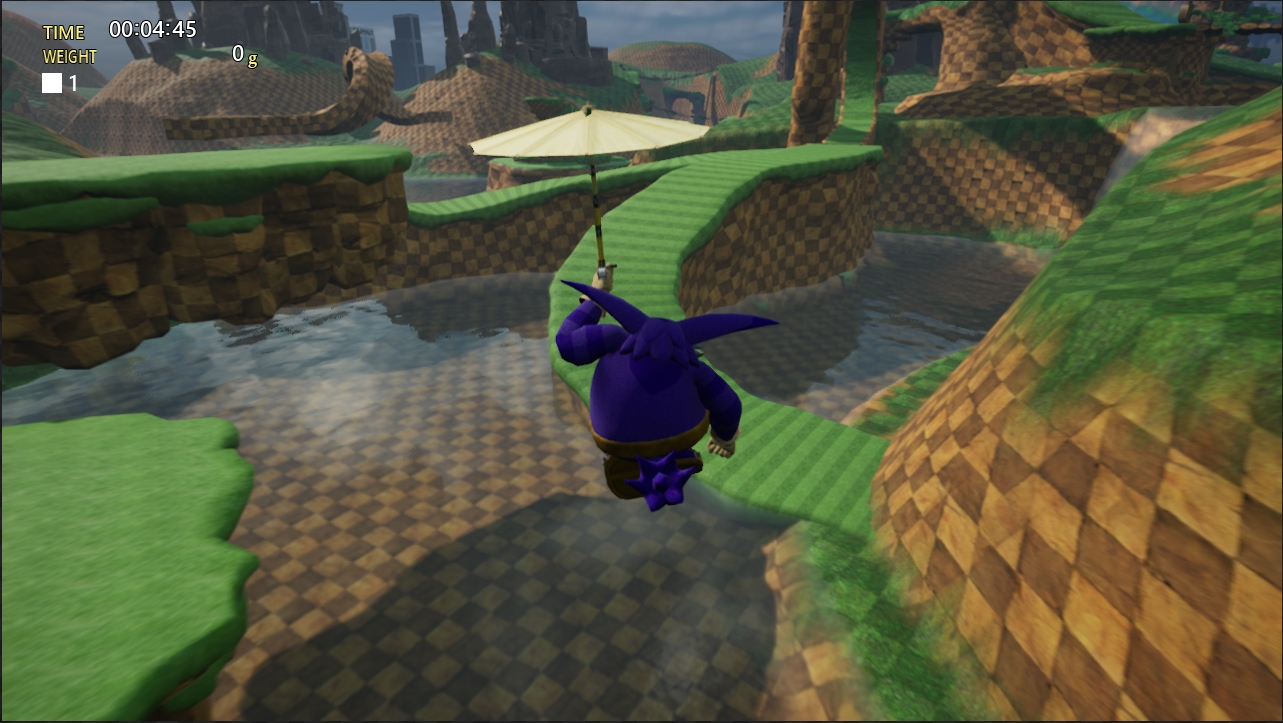 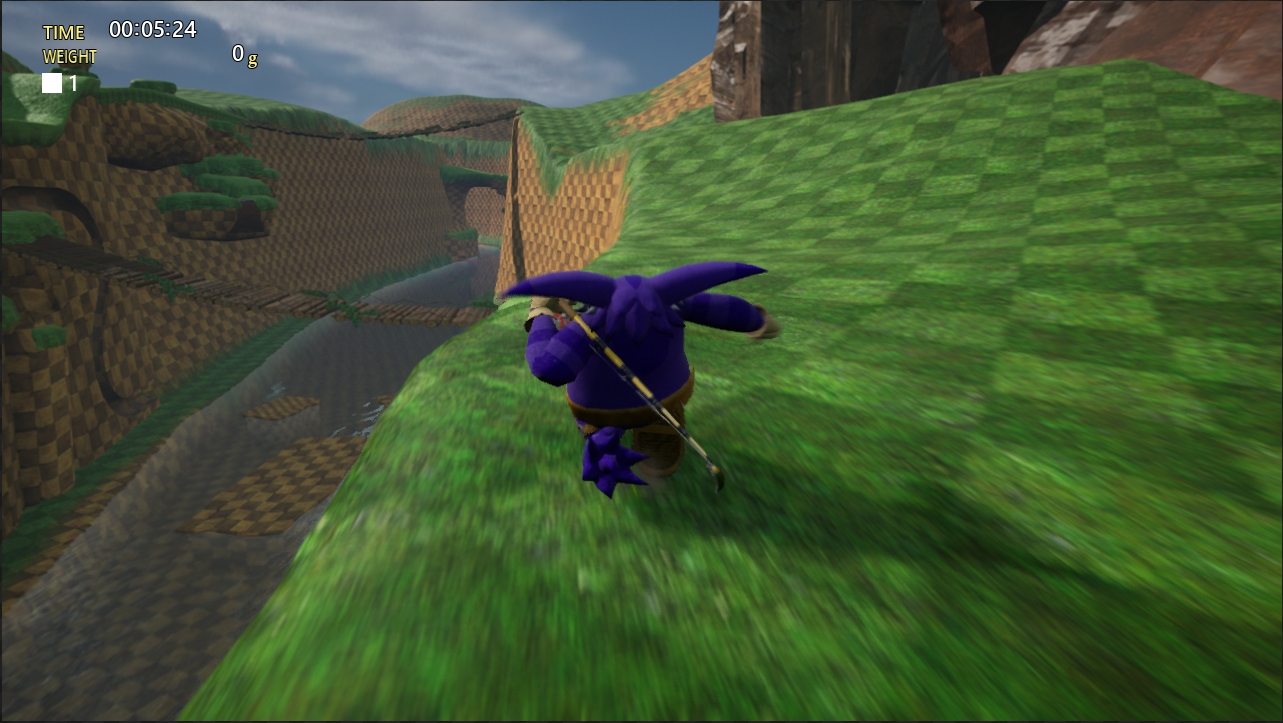 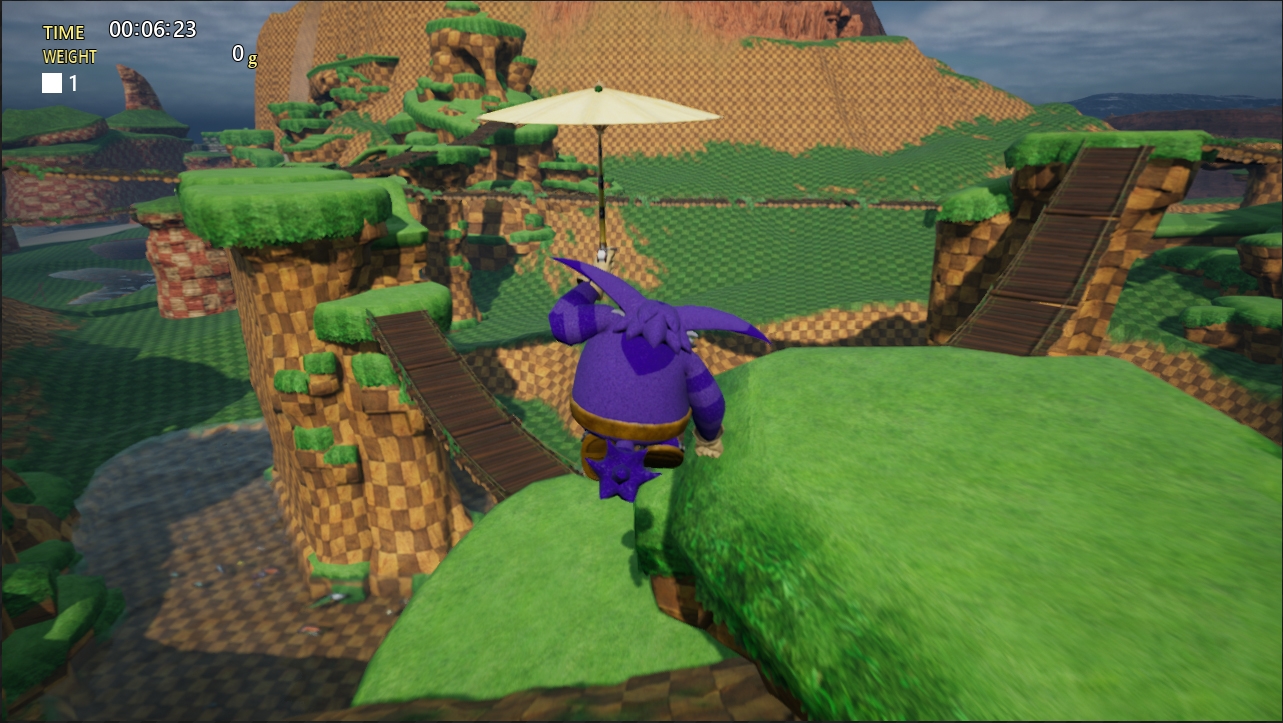 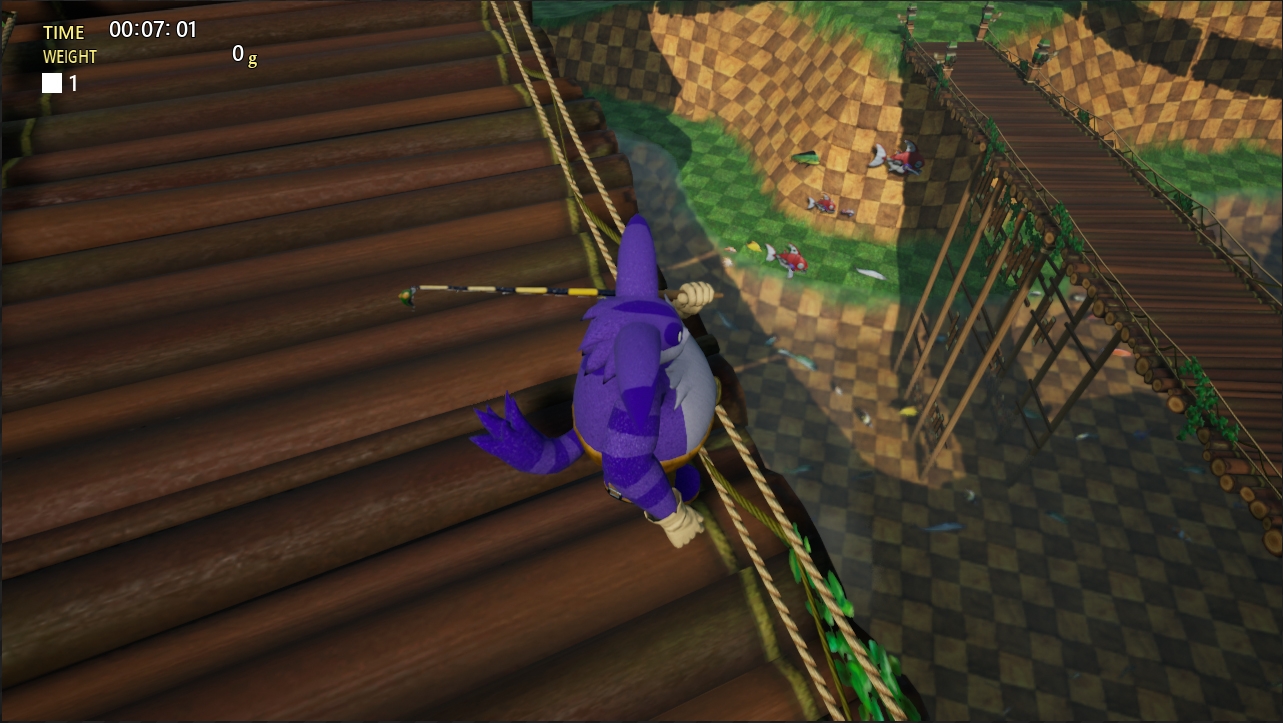 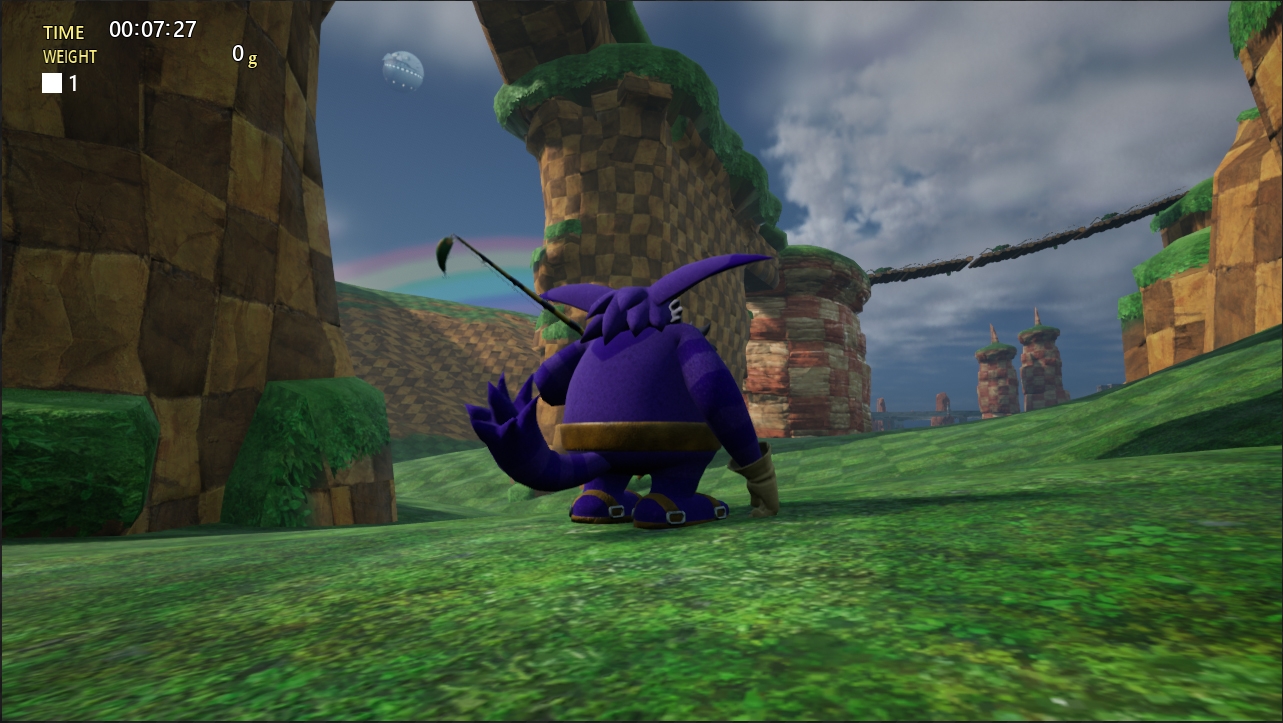 Can someone add this on the Xbox Microsoft Store?
I mean the game have controls for the Xbox controller.
So, putting this on the Xbox Microsoft Store will probably give you good ratings.
So please do it! I have an Xbox One!
Oh, and the game looks like a masterpiece.
i love this game and all the references and such, but my biggest problem(pun unintended) is that even though my controller worked with when i first booted it, it will now seemingly not even know its there. its not a computer issue, cause everything else says the controller is there
I loved everything about this game, but can you update the game with more characters? Preferably Sonic, but also add others like Tails, Knuckles, Shadow, etc. Overall 4.5/5 (Couldn't do that with the official rating though). Can you also add Movie Sonic? Since this game is a bunch of zones mixed together, and how Sonic travels to them through warp rings in the movie, it kinda makes sense
Reactions: Iboulette
Read more…

its beautiful
I think this is a diamond of all fan games in the Universe Sonic, Bravo guys, the game is amazing!
As a fan base, we have peaked. It can't get any better than this.
Dude, thanks for a few hours of a good play! Best game of this SAGE21

PLAY IT NOW OR GOD WILL KILL U

#FROGYYYYYYYYYYYYYYYY #BIGFORPRESIDENT
Did a good ending speedrun in 25 minutes. This game is the best thing I’ve ever played
I made this account just to say I was blown away by this game! Sure, it's a bit barren and buggy in places but it was so fun to explore such a massive open world and the way you combined original layout and level imports was brilliant. I've spent two hours just wandering around for no reason other than wanting to. Massive recommendation, between wanting to explore, fish, and find power-ups there's a nice few objects to aim for that negate the bareness pretty well. Pretty brilliant project all things considered. Love it.
I might not like big's fishing that much but I do have to say that I love the huge map connecting so many different locations together. Great job
Great, but what's up with this one hell of a mishmash of geography?
Also getting stuck in every random cranny is annoying
Last edited: Aug 23, 2021
The trailer looks amazing. I've been wanting a game like this for a long time, but just can't play it because it runs pretty slowly for me. I hope the performance issues get ironed out, I am pumped to try this out.


Dima064 said:
The game is good, however, I'm unable to enjoy it fully since the game is very unoptimized. It slows down to an unplayable framerate. My GPU is GTX750ti and it should be able to handle Unreal 4 very well... Is there any way this fan-game can be optimized?
Click to expand...

Even on all low settings I am getting an unplayable speed with ryzen 3600 and gtx1060.
Last edited: Aug 23, 2021
Amazing game, one of the best at SAGE, despite a few issues! I just wish it was easier to find everything...
Last edited: Aug 24, 2021
Yo,
Is your game slow as unplayable?
try to type "slomo 3" (or slomo 4) command then press Enter & Boom.
done.
(where to type this? press " ` " Key in game)
Last edited: Aug 24, 2021
Big Adventure: Breath of the Wild
This game is absolutely amazing! One question though...will there be a playable sonic in this? I love the idea of an open world Big game but I would love to just explore with the speed and skills sonic provides. Even if not, still, amazing game the map is connected so well in such an organic way.
Wow! just... Wow! It took me 2 Hours, 49 Minutes, and 39 Seconds to finish this open world game. To me, Froggy was hard to find when I spot him far away at Pleasure Castle. You have no Idea why we don't need a Sonic Adventure Remake for that matter. That good ending had me shocked. He's fast rather than slow.
LOVED IT! Check out my review here: https://youtu.be/7CJHU_CdJLk
Wait wait wait, Why can't I load it? It says that Microsoft is blocking it, by why am I the only one with this particular problem?

:D
Am i the only one receiving rainbow instead of textures? I know this is probably my problem but are there any ways to fix this?

Edit: figured it out myself.
You must log in or register to reply here.